Group 1 assignments in store for Germanicus 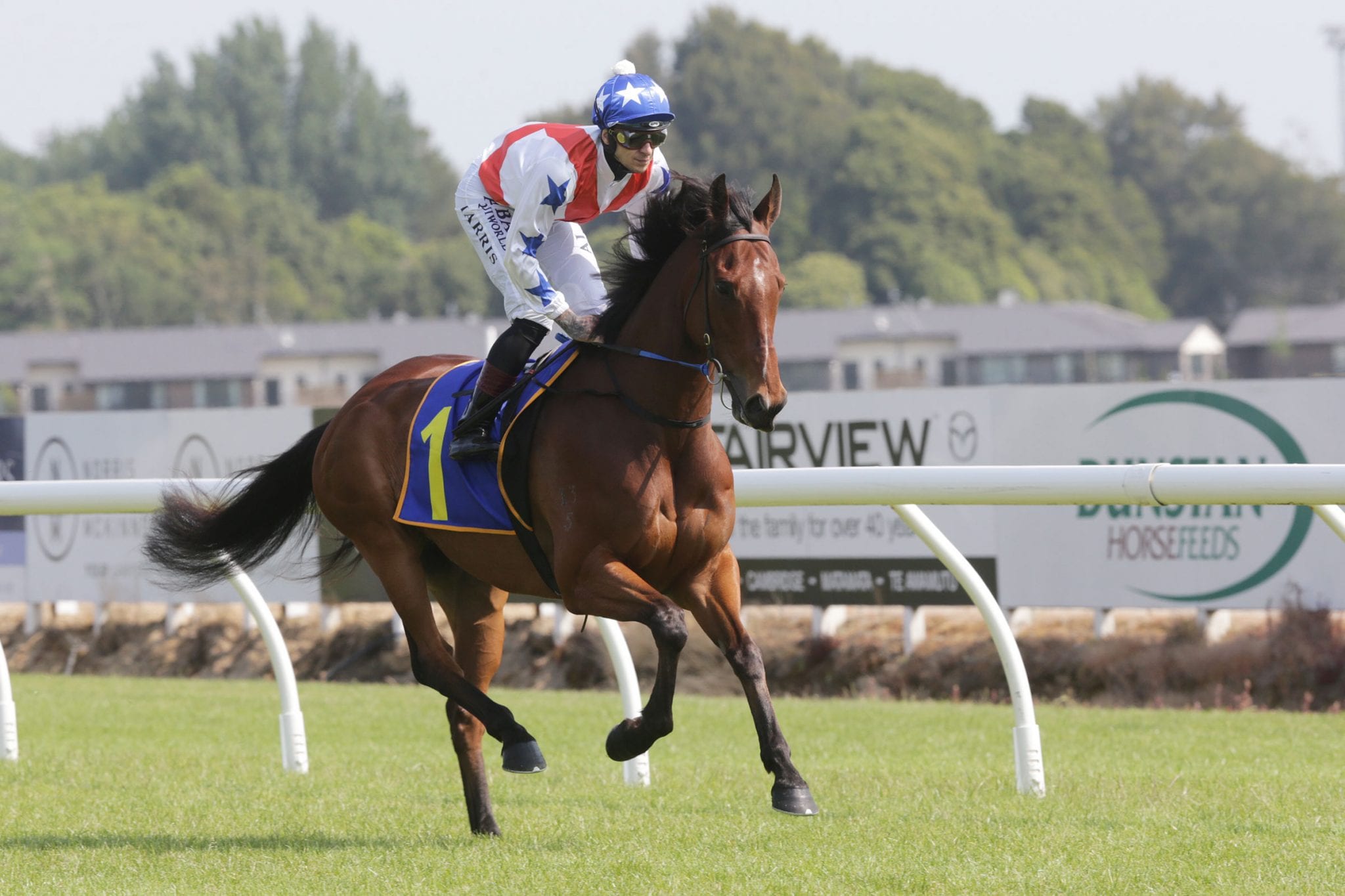 Danica Guy couldn’t be happier with her talented galloper Germanicus as the five-year-old begins a Group 1 programme of assignments this season at Hastings on Saturday.

The Matamata trainer has Germanicus set to resume in the Group 1 Tarzino Trophy (1400m), in which he will be ridden by Chad Ormsby, his rider in each of his two lead-up trials. The latest of those trials resulted in a win over Group 1 performer Supera at Te Teko on September 3.

“Chad suits him,” Guy said. “He came over on Saturday to gallop him and he was rapt with him. “He (Germanicus) is as well as I can get him going into his first-up run. He finds his work and his trials very easy and the next level of fitness for him is having a race. “He’ll improve a shade with the run at Hawke’s Bay, but he’ll give them a shake. He just needs a reasonable track. He’s flying.”

The son of Rip Van Winkle has won four of his 14 starts and been placed on five occasions. He picked up a treble last season, culminating in victory in the Group 3 Anniversary Handicap (1600m) at Trentham last January, and his sole race since then was in the Haunui Farm WFA Group 1 Classic (1600m) at Otaki a month later when fifth to Avantage.

Even though Germanicus has already established a good record, Guy believes he can go to a higher level this season. “He’s been a slow learner, but he’s come back mentally a different animal,” Guy said. “He’s grown up and is also stronger under saddle. “He had a good, long break and I’m excited over what he could do this season.”

Guy has Germanicus nominated for all three legs of the Hawke’s Bay Triple Crown, but won’t make a decision on the final leg, the Group 1 Livamol Classic (2040m) on October 17, until after he contests the second leg, the Group 1 Windsor Park Plate (1600m) a fortnight earlier.

“At this stage I’m just concentrating on the first two legs,” she said. “Even though he’s nominated for the Livamol, I’m pretty keen to just wait a bit before trying him over 2000m, but it will all depend on how he is going. “He will run in the first two legs and could go for the Captain Cook Stakes (Group 1, 1600m) at Trentham, then wait for the Herbie Dyke Stakes (Group 1, 2000m) at Te Rapa in February before being tried over ground.

“There’s also the Zabeel Classic (Group 1, 2000m) at Ellerslie between times, but he’s better left-handed and he loves Te Rapa so we’d probably wait for the Herbie Dyke.”

Guy has also entered the unraced Screamin Eagle for the Hastings meeting, nominating him for the Listed El Roca – Sir Colin Meads Trophy (1200m). “I know it’s throwing him in the deep end first start, but it will depend on what else pays up,” Guy said. “I really like him.” Screamin Eagle, a son of Pins, has trialled three times with his best result being a second at Te Teko last month.

Stablemate Sunburst, a four-race winner who ended her last campaign on a successful note at Tauranga in March, will trial at Te Rapa on Tuesday and is expected to be in for a good season. “I’ve got her ready solely on my treadmill and she’s the fittest she has ever been,” Guy said. “She has come up so well.”

Showboat, a winner of two of her eight starts, is another recent triallist who is ready to resume, possibly at New Plymouth on September 26, and stablemate Wild West, a one-race winner, could join her on the Taranaki trip. “It will all depend on the track down there,” Guy said. “As with all my team, I’m just waiting on better tracks.”

Waiting to make her debut is Germanicus’ younger sister, Adelphia, who ran second at Te Teko last March in the latest of her five trials. “She’s a lovely filly, but like him (Germanicus) she’s taking a bit of time to mature mentally,” Guy said.