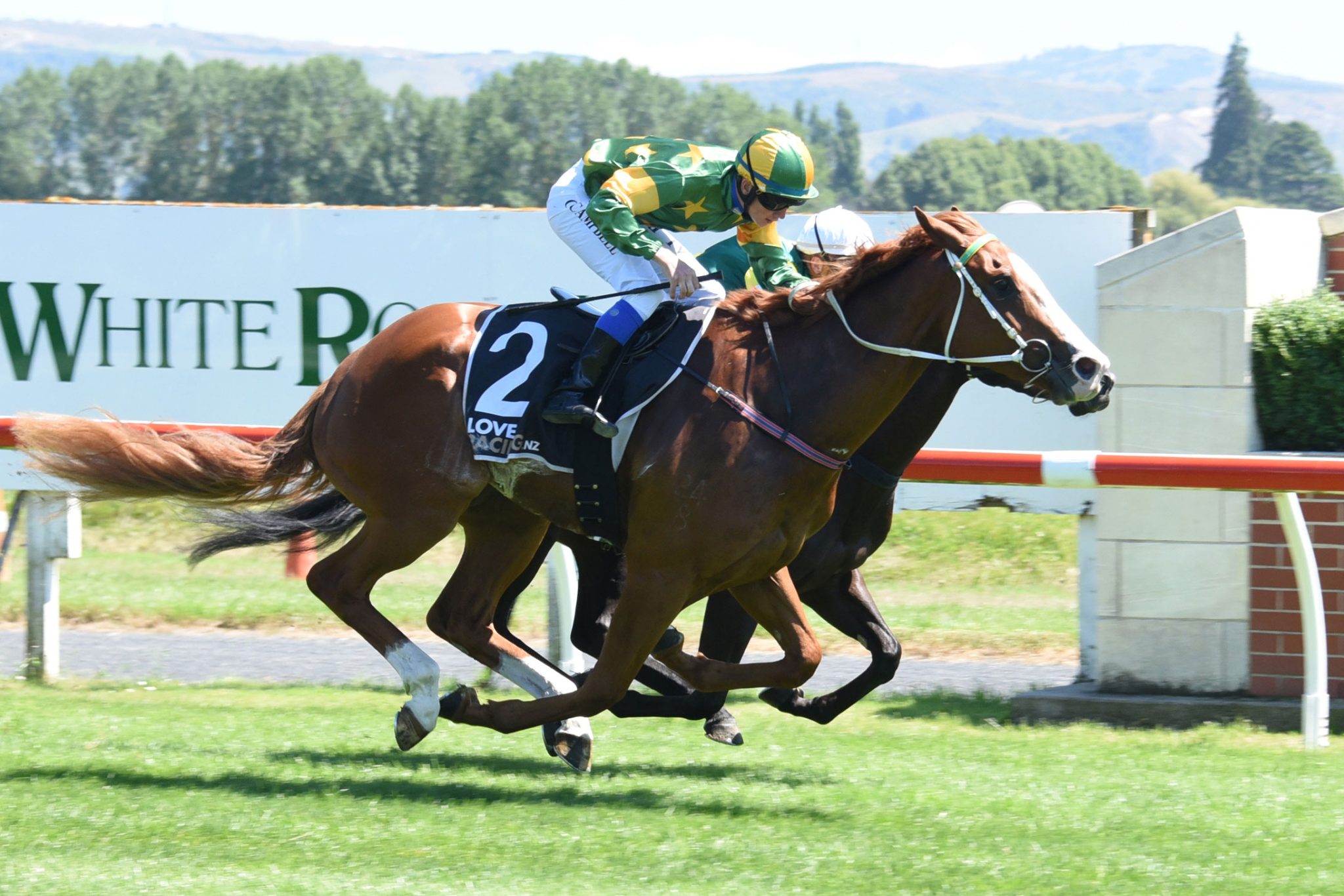 Gore Guineas runner-up Ruby’s Lad will return to the scene of his career-best performance to kick off a preparation aimed at some of the South Island’s best races this season.

The Brian and Shane Anderton-trained Ghibellines four-year-old will resume in the Grant Farming Partnership 1355m at Gore on Friday, a starting point that could see him on the path to races such as the Group 3 Lindauer Stewards Stakes (1200m) at Riccarton on November 12 and the Group 3 White Robe Lodge (1600m) at Wingatui on February 4.

A winner of three of his six starts, Ruby’s Lad hasn’t been seen on raceday since his unplaced run in the Listed Dunedin Guineas (1600m) at Wingatui in February,

“He had a good break and had a couple of stone bruises while he was out so that took him a bit longer but he’s been back in work probably 14 weeks, so he’s done plenty of work,” Shane Anderton said.

“He’s grown a lot. He’s quite a big horse now. It’s early days in his preparation. I was going to take him to Christchurch next week but that’s so hard on them first-up, travelling five hours up there and five hours back on the float.

“We thought this might be a softer option but I see we’ve got the visitor’s draw, with barrier 10 in a field of 11. He’s as fit as I can get him for this. He’s had a jumpout and he’s ready to be competitive, though I’d probably consider scratching him if the track went to heavy.”

The Gore track was rated a soft 7 on Wednesday and though Anderton would have preferred a 1200m race for Ruby’s Lad’s first-up assignment, he was confident he had the base fitness to cope.

“Ideally 1200m would have been better but the only race in the South Island over that distance in his grade that wasn’t on the synthetic (track at Riccarton) was on the first of October and that was in Christchurch,” Anderton said.

“He’s done enough work that it won’t hurt him though. We just need to get the ball rolling. We’ll get this first one out of the way and see how he goes but going on what he did last season, he should get to some nice races.

“We’ll get him up to Christchurch at some stage over Cup week. There are plenty of good races we can target down here like the White Robe but if he came up well enough we could look at the Stewards. But we’ll just see how he’s going first.

“When you look at the horse, he looks like a big stayer but last season, he won them all over 1200m. For a big horse, he’s got a really good turn of foot.”

The Andertons will have three runners at Gore, with Elsie May tackling the Gore Elite Plumbling 1200 and Our Teddy Boy in the Roofcraft Industries 1335.

Time Test filly Elsie May remains in contention for the Group 1 Barneswood Farm New Zealand 1000 Guineas (1600m) at Riccarton on November 12, having won impressively over 820m on debut at Wingatui earlier this month.

“We’ve left her in the Guineas at the moment. She galloped on Tuesday and she seems bright enough. She’d have to win pretty good again on Friday but we’re happy with her,” Anderton said.

Elsie May was a NZD$22,500 purchase for Wayne, Karen, Jack and Emma Stewart out of the Valachi Downs dispersal sale.

“I was quite impressed with her the other day because 50m out I didn’t think she could win but she just pinned her ears back and hit the line that well. If she can keep improving on that, then she’s going in the right direction,” he said.