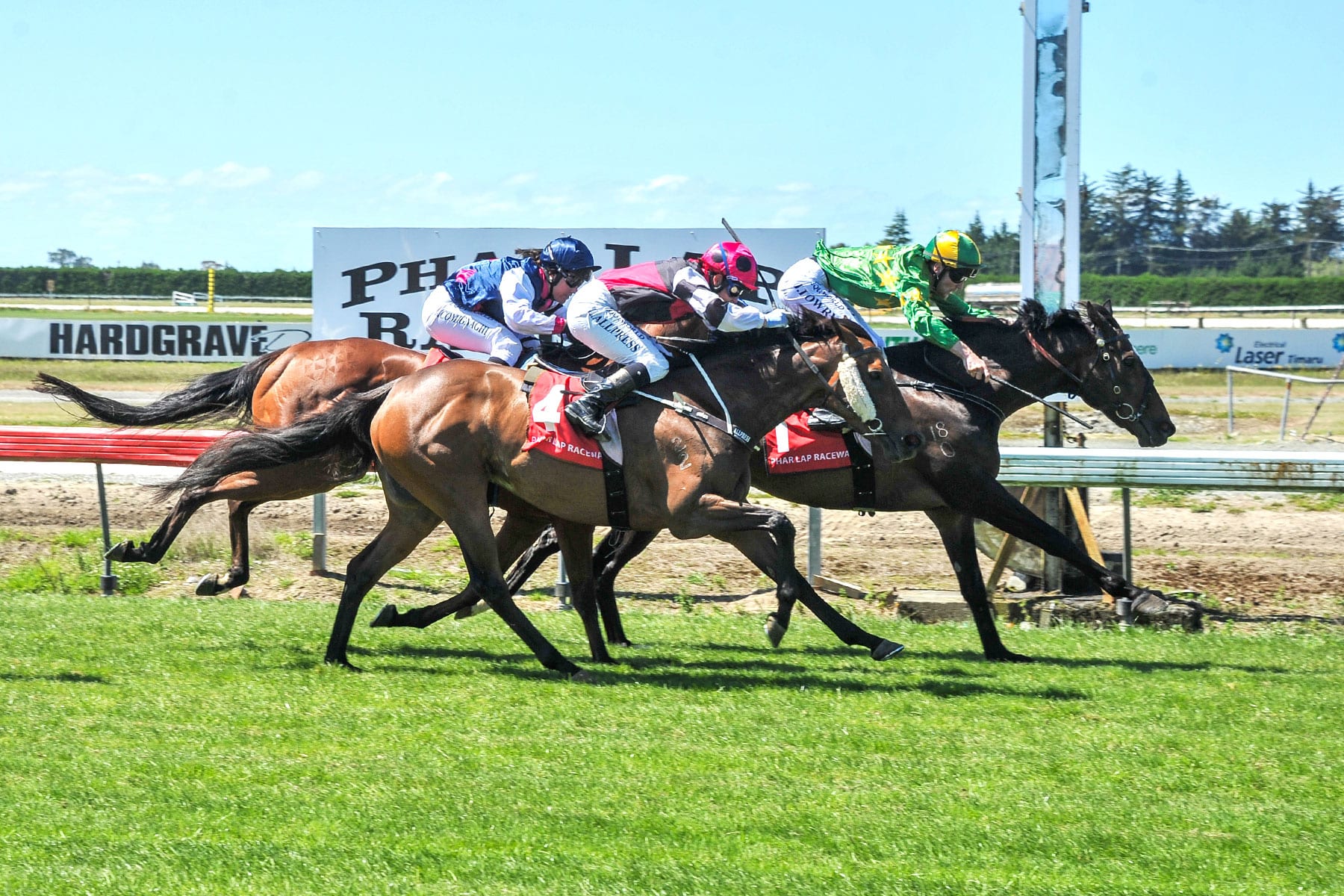 Topweight Gallant Boy continued his purple patch of form with a gritty effort to take out the Listed Craigmore Sustainable Holdings Ltd Timaru Cup (1600m) on Monday. The ten-year-old gelding gave his rivals weight and a beating as he lumped 60kgs to victory in a performance that generated generous applause from the large crowd assembled at the Phar Lap raceway for the meeting.

Prepared at Wingatui by Brian and Shane Anderton, the son of Gallant Guru was having his 72nd career start and third attempt at the race off the back of a summer campaign that had yielded a win and two runner-up finishes from three starts. Warmly supported to start a +580 third favourite, Gallant Boy enjoyed a cosy trail for rider Jacob Lowry before joining issue at the 300m.

Tackled by Owen Patrick at that point, Gallant Boy pulled out extra in the final 100m to hold out a late charge from Flying Sardine with Owen Patrick close up in third. Co-trainer Shane Anderton was quick to pay tribute to his charge who has been a model of consistency throughout his career.

“There’s just something about him, as every time he goes out there, he gives 110 percent,” he said. “You couldn’t fault his form and he had probably run second a couple of times when he should have won, but he’s always having to give them weight which can slow the best of them down. “It’s hard to find horses like him and he’s going to take a bit of replacing when we finally retire him.”

Anderton was thrilled with the ride by Lowry, who did everything right from his inside draw. “Jake said when they came at him, he kicked and found another length,” Anderton said. “He felt he always had a bit more up his sleeve if he needed it and that was probably because of the economical run he got throughout the race. “I think we’ll give him a bit of a freshen up now and then maybe look at a race like the White Robe Lodge (Group 3, 1600m) in February.”

The older brother of Group 1 The Metropolitan (2400m) winner Patrick Erin, Gallant Boy has now won fifteen of his 72 starts with 23 minor placings and over $387,000 in prizemoney.