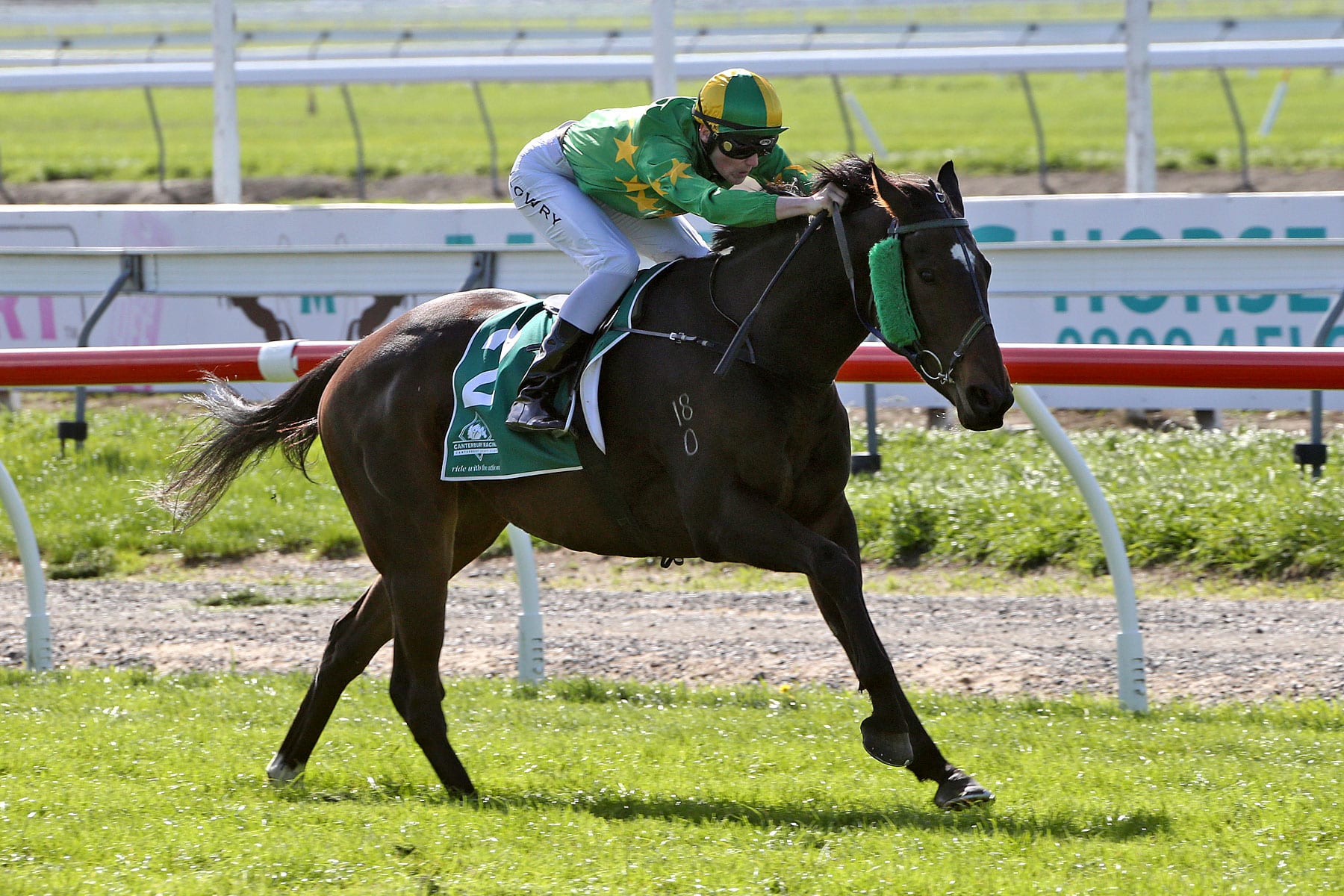 He may be in the eighth season of his remarkable career, but veteran gelding Gallant Boy is showing no sign of slowing down. Following a first-up victory at Wingatui and a last-start second placing at Cromwell, the 10-year-old son of Gallant Guru will line up as a leading contender for Sunday’s Dynes Transport Tapanui Cup (1335m) at Gore.

The winner of 14 of his 70 starts and more than $350,000 in stakes, Gallant Boy’s achievements tower over his rivals and have earned him the clear 62kg topweight for Sunday’s race. But apprentice jockey Rahul Beeharry, who has ridden Gallant Boy three times for two wins and a placing, will reduce that impost by three kilograms.

“He’s been a very consistent horse all the way through his career, and that’s just continued this spring,” co-trainer Shane Anderton said. “We’ve looked after him and never over-raced him, and he seems to be still enjoying it.

“We’ve been quite happy with his work leading into the race on Sunday. He still has a bit of improvement in him, but Rahul Beeharry’s claim will put him in a competitive position in the weights. He’s ridden him in his last couple of starts and seems to get on pretty well with him. “So he’ll be a chance, but Flying Sardine’s going to be a hard horse to give seven and a half kilos to.”

This is Gallant Boy’s second attempt at the Tapanui Cup, having run a good third 12 months ago. However, that was a very different race to the 2020 edition. “He placed in it last year, but it was a 2000m race then and this time it’s 1335m,” Anderton said. “So we’ve kept him on the fresh side this time around. “After this, we’ll probably step him up to 1600m for the Timaru Cup (December 28) and then take it from there.”

Gallant Boy is part of a 13-strong team lining up for Brian and Shane Anderton during Sunday’s eight-race meeting at Gore. “Hopefully we’ll have a few nice chances throughout the day,” Shane Anderton said. “We’ve got a lot of horses entered, which will keep us on our toes.

“Phyllite has been in good form in this preparation, but she’s drawn badly and is going to need to use her gate speed from there. We’re hoping she can get up into a handy position with a bit of cover. “We have a few horses just starting out who have shown a bit of ability. We like Regal Girl – her work has been very good. She just did a few things wrong in her first start and could be an improver.”

This is a busy time of year for the White Robe Lodge operation, both on the racing front and at the iconic White Robe Lodge stud farm in North Taieri. “The stud is a different branch of the business from the racing side of things, but Wayne and Karen (Stewart) and the team there are pretty busy,” Anderton said.

“They’ve come to the tail end of the stud season now, and then they get straight into the yearlings and preparing them for the sale up at Karaka.”

White Robe Lodge will offer four yearlings in Book 1 of Karaka 2021 – a Savabeel colt out of the multiple Group 3 winner Coulee, an Ocean Park filly out of stakes winner Thimble, a filly by Almanzor from the family of stakes winners Inferno and Ortem Fire, and a colt by War Decree out of a half-sister to Who Shot The Barman.