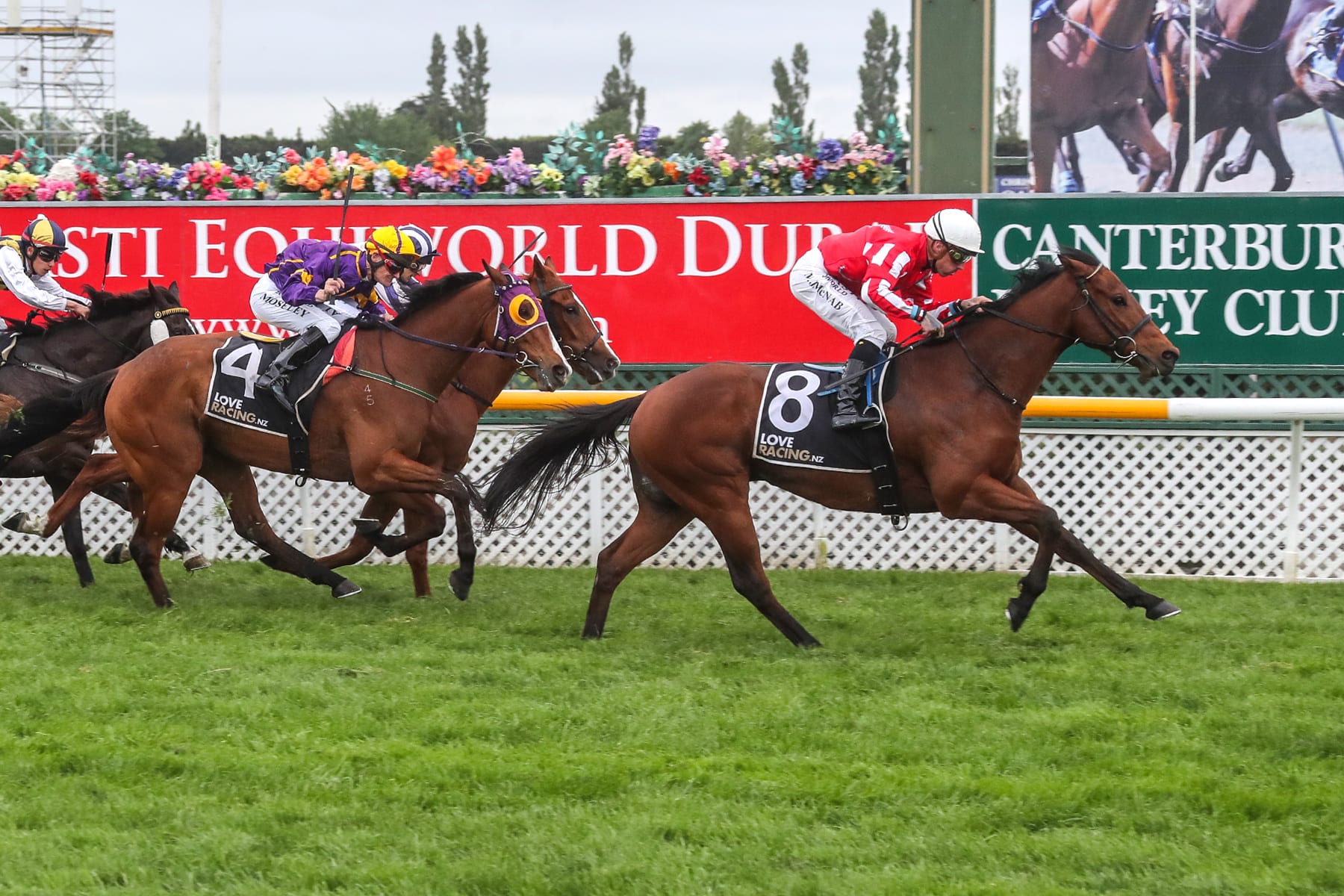 With local stables dominating the first day of the annual New Zealand Cup Carnival at Riccarton on Saturday it was no surprise to see the Michael and Matthew Pitman team in the thick of the action. The first seven races on the card were taken by Riccarton-based trainers with another two wins added later in the day.

Local honours were shared between the Pitmans and Terri Rae who each won four races with the Pitmans adding stakes placings with Marine in the Group 1 Al Basti Equiworld Dubai New Zealand 2000 Guineas (1600m) and Sensei in the Listed Brokerweb Risk Services Pegasus Stakes (1000m) behind the Rae-trained Wekaforce.

Michael Pitman makes no secret that the stable targets Cup Week each year and was delighted with their results from day one of the three-day carnival. “It was extremely gratifying to get those wins as Cup Week means so much to us down here,” Pitman said.

“I think the aspect that was the most pleasing was that every horse that we had win or place, started off with us and have done all their racing with our stable. “I know at times there can be a reliance on some of the North Island cast-offs so from a South Island viewpoint I am especially proud of that.

“It could have been an even better day with a bit of luck as Marine was lucky to stand-up after copping a severe check early in the Guineas. “I had several of the riders say to me they were shocked at how he managed to stay on his feet so it was a hell of an effort to pick himself up and run on like he did.”

While Pitman was pleased with all of his winners, he did single out the ride of Meghann Gestain aboard Our Girl Gilly for special mention. “It was very special to see Meghann win on Our Gilly Girl as it has been well documented how we have struggled to get her a jockey’s licence,” he said.

“We battled and battled and it finally came through and look at what she can do. “She is very experienced having ridden trackwork around the world, so it’s great to see her getting her chance now. “She is a lovely person and she rated that horse to perfection. “Michael McNab was also very good with his ride on Whale Song although I did ask him afterwards, with tongue in cheek, why he couldn’t do the same on Sensei, who was terribly unlucky when he couldn’t get a run when he needed it.”

The Pitmans will now turn their sights to the final two days of the carnival with large numbers entered for both days including Sensei who will back up in the Group 3 Lindauer Stewards Stakes (1200m) on Wednesday and Miss Tycoon Rose who will contest the Group 1 Barneswood Farm New Zealand 1000 Guineas (1600m) on Saturday. “Michael (McNab) came back in after Sensei ran third and said he will win on Wednesday so I hope he is right,” Pitman said.

“He just needed clear running early in the run home on Saturday which he should get as he has drawn out quite wide in the Stewards. “The main concern is the track as we have been getting plenty of rain since Saturday night and he doesn’t go on wet ground so we need a couple of good drying days which we should get.

“Miss Tycoon Rose will definitely start in the 1000 Guineas for us although there has been plenty of interest in her sale-wise since her maiden win. “At this stage that hasn’t come to anything so she will be lining up and should be a strong chance as her work has been absolutely super lately.”

The Pitman partnership currently sit third on the national trainers’ premiership with twenty wins, one behind Murray Baker and Andrew Forsman, but still 25 behind runaway leader Jamie Richards.