Four for Rae at Timaru 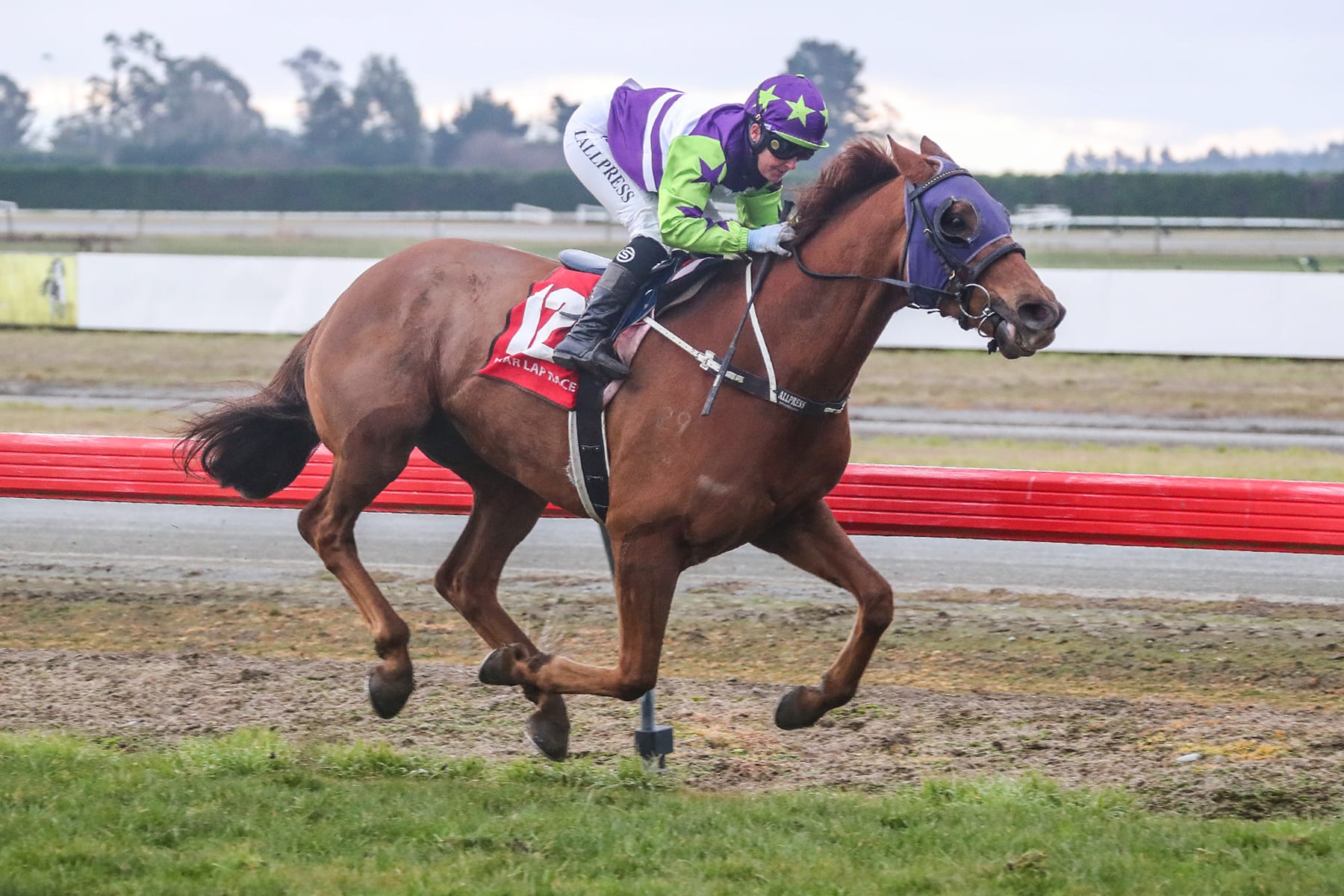 Riccarton trainer Terri Rae made her way to Timaru on Sunday with high hopes of a good showing from her eight-strong team but even she was blown away by the day’s final winning tally. Victories to Paint Me Red, Scarfi, Hatrick Boys and Newmarket gave Rae a winning quartet in partnership with National Jockeys’ premiership leader Lisa Allpress, who was aboard all four successful runners.

Rae was beaming as she made her way back to Christchurch although she admitted her confidence took a knock when race favourite Razor was beaten into second in the first race on the card. “I knew the team was well so I thought I might be able to win three but when Razor got beaten in the first, I started to have second thoughts,” Rae said. “Paint Me Red did win nicely in race two though and that got us on a roll but to win four was an unexpected but really special result for the day.”

All four of the Rae winners look to have further victories in them including former northern mare Scarfi who backed up from finishing sixth at Riccarton on an unsuitable heavy surface last month to race away from her rivals in a rating 83 1200m contest. “She (Scarfi) has had just the two starts for me and she wasn’t really suited first-up as the track was very tough that day,” she said. “She got bogged down at Riccarton but it was also a much tougher field than she met today, so her task was a little easier.

“They seem to have missed a lot of the bad weather that Christchurch has had of late as the track was very good today even though it was rated a Slow9. “She was sent down here to see if she could pick up some black type so I know her owners will be pleased she has got that first win here under her belt. “Apparently they are planning a trip down to see her race so that will be a big day when that happens.”

Another who appreciated the soft track conditions was the lightly raced Hatrick Boys, who took out the rating 83 1600m contest in his first start for more than twelve months. “Hatrick Boys trialled superbly at Rangiora on Tuesday so we were confident of a big race,” Rae said. “He has had a few issues and hiccups and doesn’t like the firm tracks so he only had three starts in his last campaign. “He has a lot of talent and will be even more suited by getting over further so the 1600m was just perfect for him fresh-up.

“Newmarket looked like one of our best chances and she didn’t disappoint with a super performance. “She’s not overly big or robust but she has plenty of ability and should be able to win another one fairly quickly I think.”

The successful quartet of wins took Rae to 24 for the season and lifted her into the top 15 on the National Trainers’ premiership.