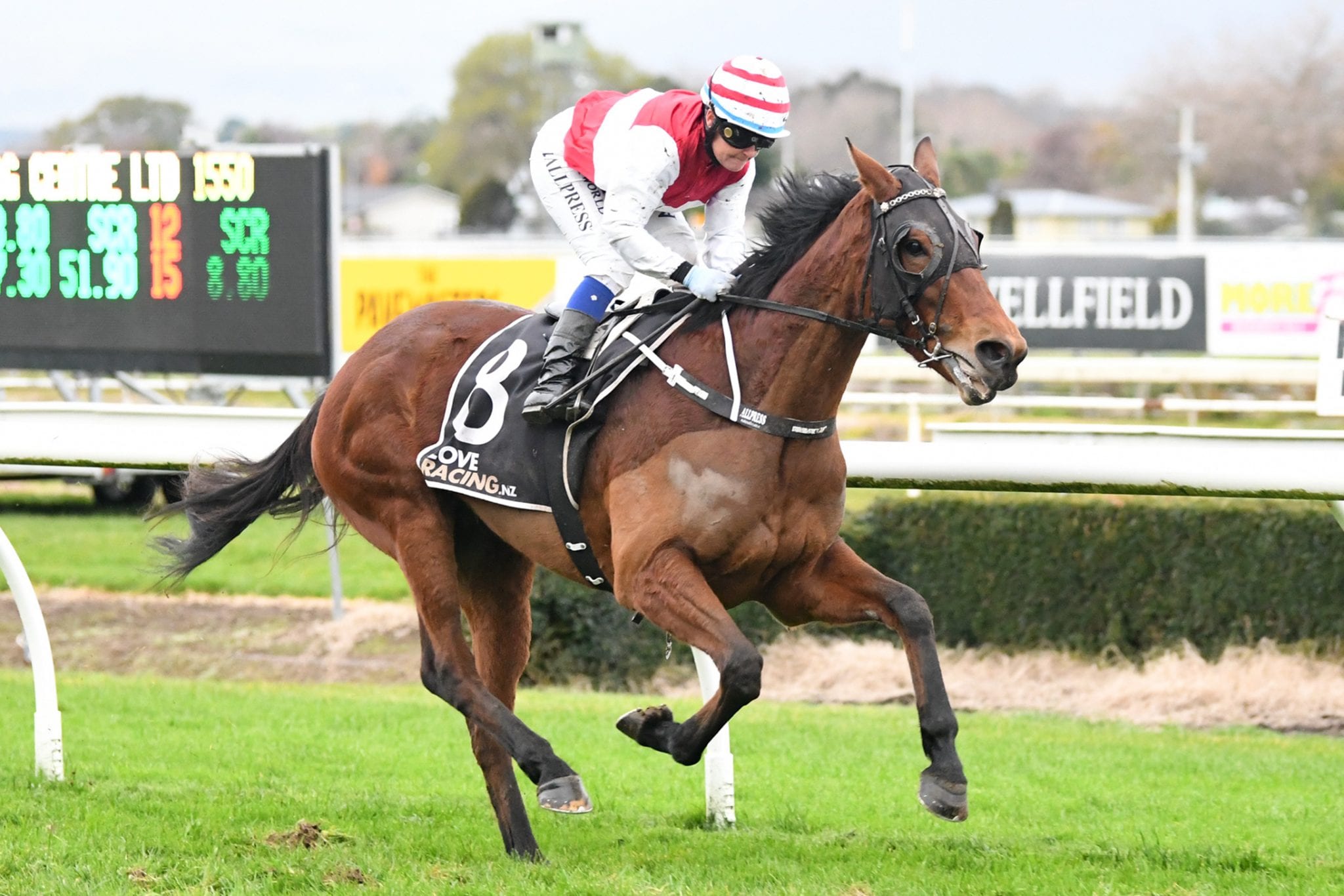 TAB bookmakers have put up the white flag and are paying out on Lisa Allpress winning the National Jockeys’ premiership. A double aboard Happy Star and Penelope Cruise at Awapuni on Saturday put her twelve wins clear of nearest rival Kozzi Asano with just two weeks and seven meetings left in a season tipped upside down by the COVID-19 pandemic.

Allpress is delighted to sit atop the premiership once again, the fourth time in a career that began back in the 1995/96 season when she began an apprenticeship with master trainer Kevin Gray.

Over the ensuing twenty four years she has amassed 1593 New Zealand victories along with over 100 international wins from riding stints in Singapore, Japan and most recently a history making victory in Saudi Arabia during an international invitational series in March, where she became the first female jockey to win in the Kingdom.

Despite her premiership success this season Allpress is adamant that wasn’t her priority from the start. “It’s one of those things that wasn’t in the plan at the start of the season,” she said. “I just kept whacking away and managed to get on some nice horses that kept winning. “I really had just set out to try and get on some nice horses out of the trials and jumpouts and following them through to the races which was working nicely. “I was going fairly well leading into my trip away to Saudi Arabia so I decided to get Aidan Rodley, my agent, to help me finish off the season well so it has definitely been a combined effort with him.”

Amongst her New Zealand career victories are 96 at stakes level, a figure that Allpress is keen to see reach the 100 mark over the next twelve months along with several more personal goals she has set for herself. “It is definitely a goal to get to 100 stakes wins so hopefully I can do that this season,” she said. “I’ve also got several trainers that I am getting close to riding 100 winners for so that would be really special if I could do that too.

“They include Michael Pitman, Wayne Marshment and my first boss, Kevin Gray, so I would really like to get that done. “I’d like to think that achievement reflects the loyalty we have had for each other since I started as they are stables I have ridden for ever since I first started.”

While Allpress would also dearly love to defend her premiership title she is relaxed about her prospects for next season. “I’m not really sure what is going to happen next season but I know there are some really lovely young horses coming through that I am keen to be involved with,” she said. “Mr Gray and Johno Benner and Hollie Wynyard have some really nice youngsters I’d like to ride when they get up and running. “It will definitely be a quieter start for me though which I’m looking forward to and I will just take things as they come.”

Allpress was back in action at Timaru on Sunday where a brilliant winning quartet aboard the Terri Rae-trained Painted Red, Scarfi, Hatrick Boys and Newmarket extended her lead over Asano to fifteen after the apprentice was successful on Reliably Perky earlier in the day.