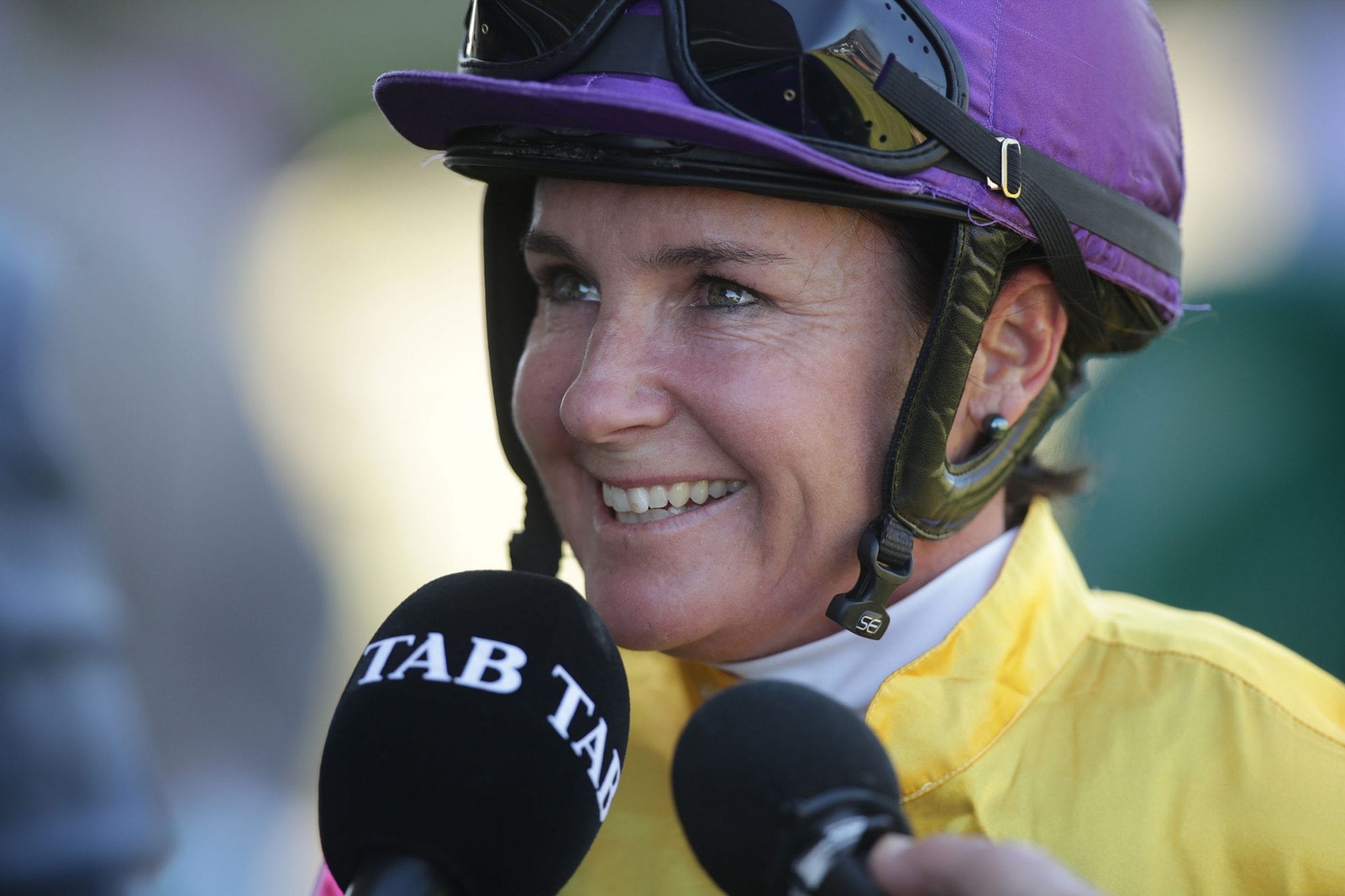 Lisa Allpress has ruled herself out of the race to add a fifth premiership title to her record next season. The Whanganui jockey goes into Friday’s meeting at Awapuni with 95 wins to her credit for the season, 17 clear of nearest rival, apprentice Kozzi Asano. That will give her a fourth national jockeys’ premiership title after earlier wins in 2011-12, 2015-16 and last season.

“It wasn’t on my radar at the start of the season,” Allpress said. “I just wanted to go out and support the people who have supported me from the start. I got some winners under my belt and as the season progressed I got into the top three and from February I started getting serious about giving it my best shot.”

Allpress’ tally is the lowest premiership winning since Garry Phillips won the title with 87 wins in the 1979-80 season, though the lost months when racing was shut down because of the coronavirus pandemic were the main factor in preventing her from adding to her six century of wins from previous seasons. “It would have been nice to get to 100 wins again but I’m not worried about that. I’m just happy to be back at work and seeing racing back up and running again,” she said.

Allpress’ on-going work commitments will soon come to a halt with the jockey set to be sidelined for at least two months after she undergoes hip replacement surgery next month. “I’ll be having surgery on the 23rd of August for a hip replacement on my right side. That will keep me out for a couple of months but I’ll be back and pain-free hopefully. “The pain has been quite bad and restrictive. I certainly haven’t been feeling the greatest riding at some meetings. “So I definitely won’t be winning another premiership next season but who knows after that? I’m not ready to finish yet.”

Among Allpress’ highlights this term has been the opportunity to ride for the first time in Saudi Arabia and becoming the first woman in the world to win a race there. “That was definitely something I’m very proud of. It was an amazing experience and to do it riding alongside some of the world’s best jockeys was something I’ll never forget.”

Allpress will round off the season with four rides at Awapuni on Friday and kick off the new season with seven rides at Ashburton on Saturday. She continues her association with the Marilyn Paewai-trained Group performer Rosewood in the Lincoln Farms Whyte Handicap (1600m) at Awapuni as a likely lead up to next month’s Group 3 Winter Cup (1600m) at Riccarton. “She’s the class mare of the field but she’s got a bit of weight to carry first-up at the mile which isn’t ideal,” Allpress said. “She’s had two really good jumpouts at New Plymouth and Hawera and a nice trial at Foxton on a track that wasn’t really to her liking but she still got home nicely. She should be able to run top three and we’ll get a line on how’s she progressing for the Winter Cup.”

Allpress’ other rides there are the Jo Rathbone-trained Keepin Harmonee, the Gary Vile-trained Outa Cash and Our Bandit, a recent recruit for Johno Benner and Hollie Wynyard. “Our Bandit went nicely at the jumpouts at Levin on Tuesday and I’m looking forward to riding him. He’s a horse I had a good association with earlier on. And Outa Cash should go well. It was a good run the other day and he’s trained on the track by a trainer with a good strike rate there.”

Allpress will look to continue her good southern form, again teaming up with Riccarton trainer Terri Rae for rides at Ashburton after the duo recorded four wins together at the Timaru meeting earlier this month. Her rides for Rae on Saturday are Never Back Down, Paint Me Red, Scarfi, Hatrick Boys and Tryfan, while she is also booked for the Rathbone-trained Pete and Just A Promiss for Riccarton trainer Danny Crozier. “I’m looking forward to continuing that partnership with Terri. She’s got some nice horses at Ashburton that are race-fit and in form. That should count for a bit. “And Pete should be a good ride. He won a jumpout really nicely at Stratford on Monday. Jo was pleased with him and getting to Ashburton on a better track will help.”