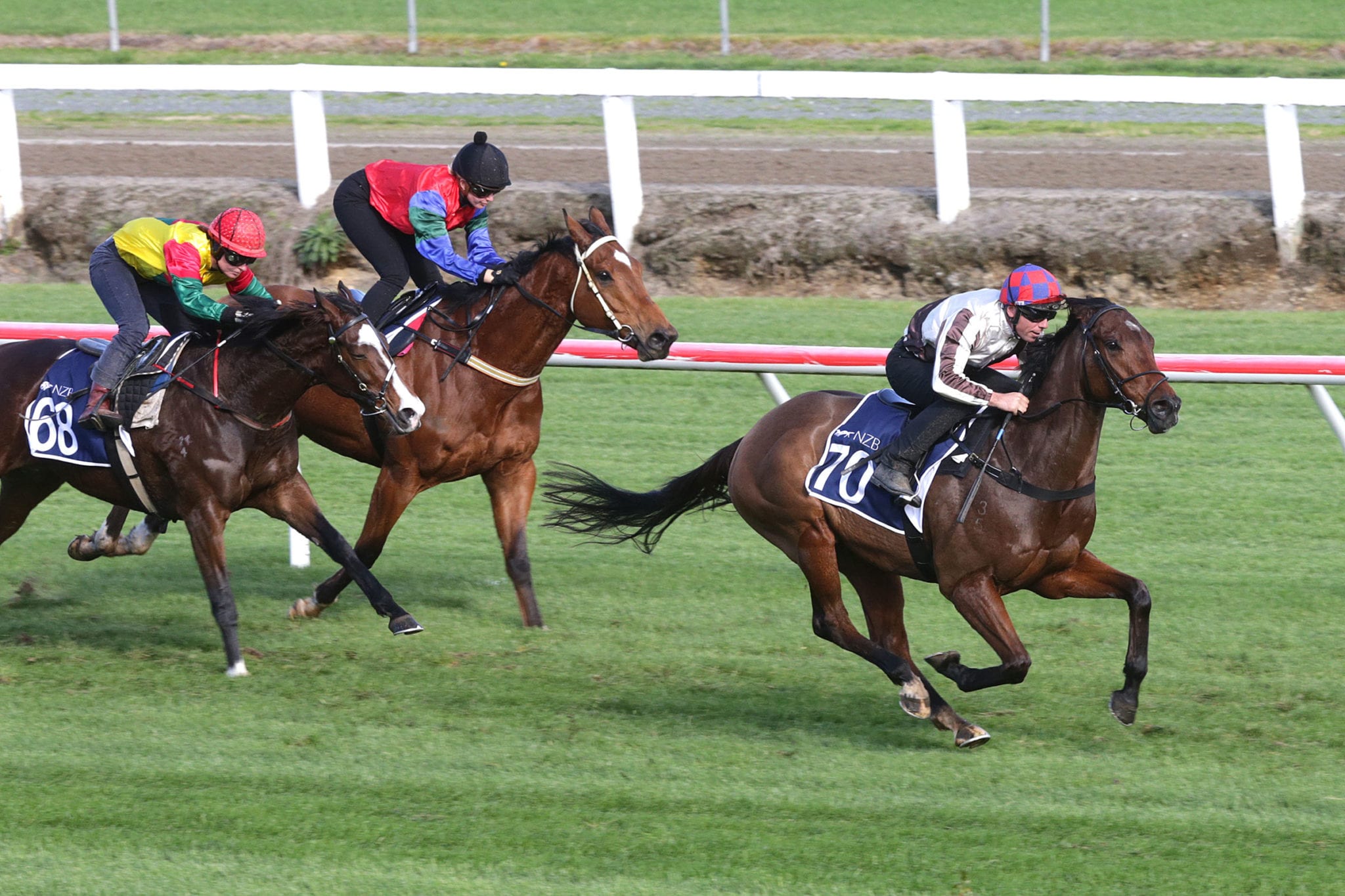 Thoroughbreds were a step closer to racing in the Waikato on Tuesday with a bumper set of trials conducted at Te Rapa. 293 horses were put through their paces as late autumn puppy fat is turned to lean mean muscle ahead of the brought-forward return to racing date of June 20 at Pukekohe Park, where a winter race meeting has never held such interest.

Despite the fresh conditions on a sunny winter’s day, there was an air of optimism at Te Rapa as racing people gathered like long lost friends reunited. Amongst them was Cambridge trainer Tony Pike who said both horses and humans would derive benefit from the outing.

“It was a bit of a novelty actually,” Pike said. “I think a lot of people were happy to turn up today and everyone was pretty proactive with the 33 heats, which is just over the normal limit of 30 they are allowed to have. Everyone was just happy to get the show on the road with a return to racing around the corner.

“Everyone is starting from scratch so there is probably more horses at this time of year than normal. It is good to see horses back in work and owners at this stage prepared to give the horses another preparation. Hopefully that continues with the improvement in the industry over the next year or two but at the moment there seems to be enough horses around to have a pretty solid return to racing.”

Pike sent out a number of winners on the day and said residual fitness played a role. “A lot of the ones that trialled today were race fit when the lockdown came into effect,” he said. “They have only had four and half to five weeks off so have come to hand pretty quickly. It was good to see them go out today and that will tidy them up nicely.

“We have been very lucky with the weather, the last six weeks we have managed to get plenty of work into them and at this time of year it can be a bit hit and miss. “The track conditions haven’t got very testing yet and that is promising going forward. “Hopefully the weather holds off a few weeks longer until these horses have a run or two into them and are fit enough to handle the deep winter going.”

Among Pike’s nine-strong team that had a hit-out at Te Rapa, handy galloper Cyber Attack looks a horse ready to put his best foot forward early in the piece and could be one of three or four runners for the stable on resumption day, where the entire Pukekohe card will be sponsored by Dunstan Horsefeeds. “He is always good fresh and is not far away from being a stakes class sprinter on the right tracks in a reasonably fresh state. I think he will be very competitive first-up.

“Boundtobehonored has been off the scene for a while but she trialled up very well today and will take a lot of improvement from it. “We have been knocking on the door with Divine Dive to win a maiden race. He is a horse that is probably going to appreciate those 1000m races early in the season. He is another one that handles rain affected ground, so he should be winning at short notice.

“Walkin’By was very solid. She is coming off two wins last preparation and she often takes the runs to get to race fitness but I thought she trialled nicely from just off the pace and I think she will be hard to beat in her first start or two this season.” Handy three-win galloper Merlini was another heat winner on the day for Pike, but unfortunately bled and has been retired from racing.

While the equine talent will be better for the run, jockeys were also enjoying a good blow-out under more strenuous conditions. “There is nothing like race fitness for horses and jockeys,” Pike said. “Trackwork doesn’t get you quite race fit so I’m sure a few of the horses and jockeys will take a lot of improvement out of today.

“I would imagine a couple of the jockeys riding in the 2000m race at Counties will by huffing and puffing by the end of it, but it is just good to be back into it and hopefully there is some positive change on the horizon and we are in for a very good 12 months.”