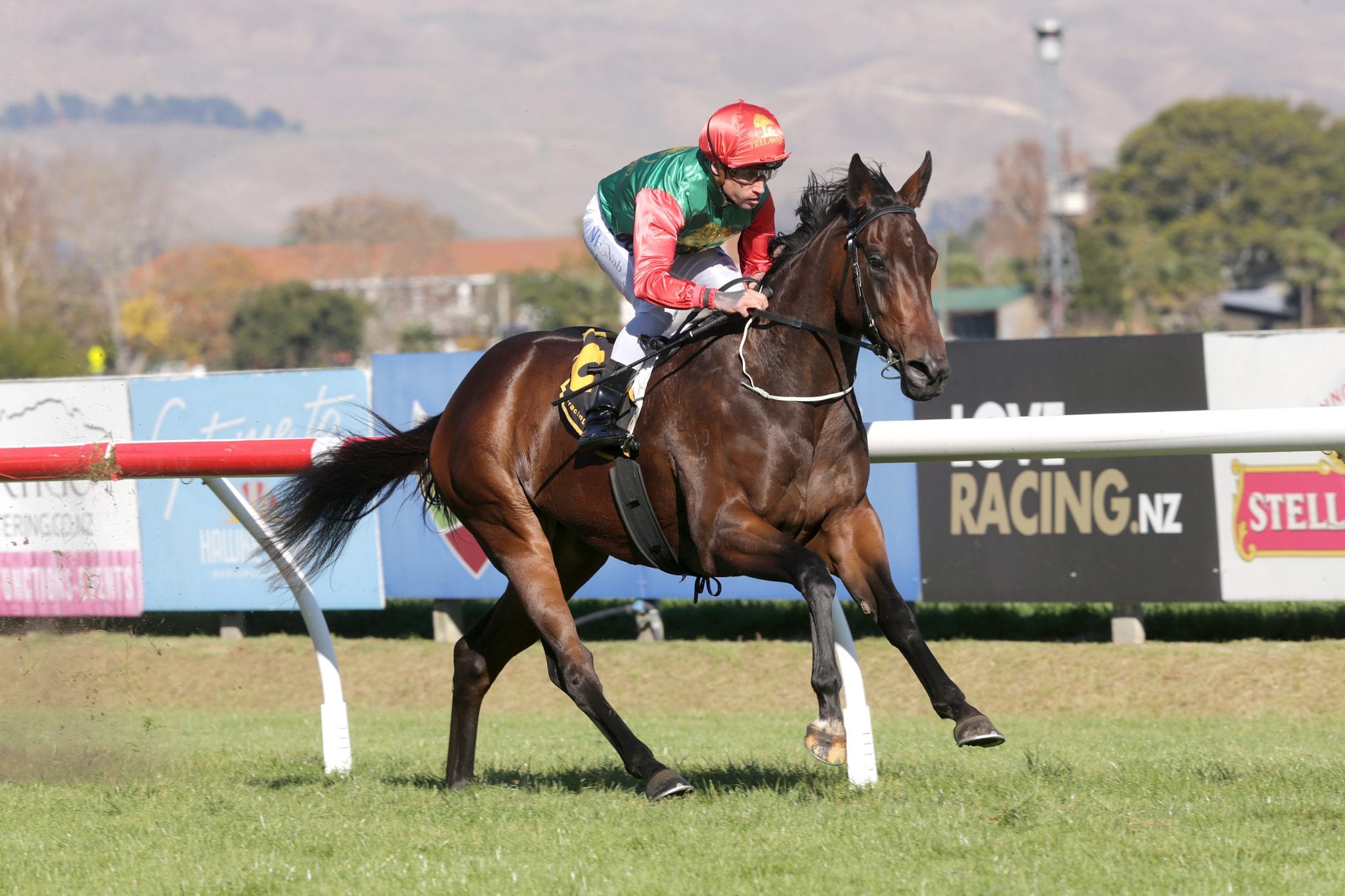 Trainer Tony Pike has a host of runners at Hawke’s Bay on Saturday including exciting one-win three-year-old The Irishman, who steps straight into stakes company after continuing to please on the training track. Pike has made no secret of the high regard in which he holds the son of Tavistock, who got up in the last stride to win on debut at Avondale a fortnight ago on an unsuitable heavy track.

The promising gelding has been installed a $2.80 favourite for the Listed El Roca – Sir Colin Meads Trophy (1200m) which is set to be run on a good track. “He’s flying,” Pike said. “He galloped brilliantly on Tuesday, hence why we paid up for the race tomorrow. We were tempted to run at Ellerslie next weekend over 1400m but looking at the long-range forecast it is likely to be a reasonably wet track there, so we are taking the opportunity to get him on a better track at Hawke’s Bay.

“It looks like a nice race. He has a little bit of a sticky barrier (9 of 12) and as long as Leith (Innes, jockey) can gets some cover on him he should run well. “He has got a beautiful action. We were really concerned first-up at Avondale about even running him, but we had to get the show on the road. I’ve been dying to get him back on a firm track to be fair.”

While The Irishman is well found in the market, the same can’t be said for stablemate Loire, who has drifted from $34 to $51 with TAB Bookmakers for the Group 1 Tarzino Trophy (1400m). “We were discussing her price this morning and maybe it’s the wide gate (15 of 16), I am not quite sure why she is so long in the market,” Pike said. “Her trial at Ruakaka was very good and her work through the week has been outstanding.

“That gate restricts her options a wee bit, but she generally does get back in her races. Ideally it would have been nice to slot in midfield, but she might have to go a touch further back than that. “There looks to be plenty of speed in the race and if they do go a reasonably solid tempo up front, while I don’t think she could beat Avantage ($1.85 favourite) over 1400m, the way she is going she will be flashing at them late. “She is a big price ($8) for a place and it wouldn’t surprise me to see her getting home very strongly and filling a minor placing.”

Pike will be kept busy with eight runners at the meeting and is hoping Hawke’s Bay gets enough rain on Friday to provide the perfect spring surface ahead of what he describes as a transition day for all concerned.

“If the track does come back to the dead range, then Makzabeel is probably a nice chance in the special conditions maiden. He is a promising horse,” Pike said.

“Cyber Attack from gate one is getting close to a win and he should be able to sit reasonably close behind the speed and looks a genuine each-way chance.

“The staying race will be interesting. We have always liked La Casa as a horse. He got stuck in the mud two starts back and then he probably didn’t beat much at Taupo. He is on the quick back-up and has come through really well. The way he won at Taupo he looks like a progressive stayer.

“You find out which horses are going to handle the better surfaces. It is probably a hard time for punters as you have got the transition with fit wet-track horses versus the fresher horses looking for better ground. “It is a transition day tomorrow and a lot of horses that race tomorrow, their immediate futures will be decided depending on their performance on the better track.”