Classy colt gets the job done 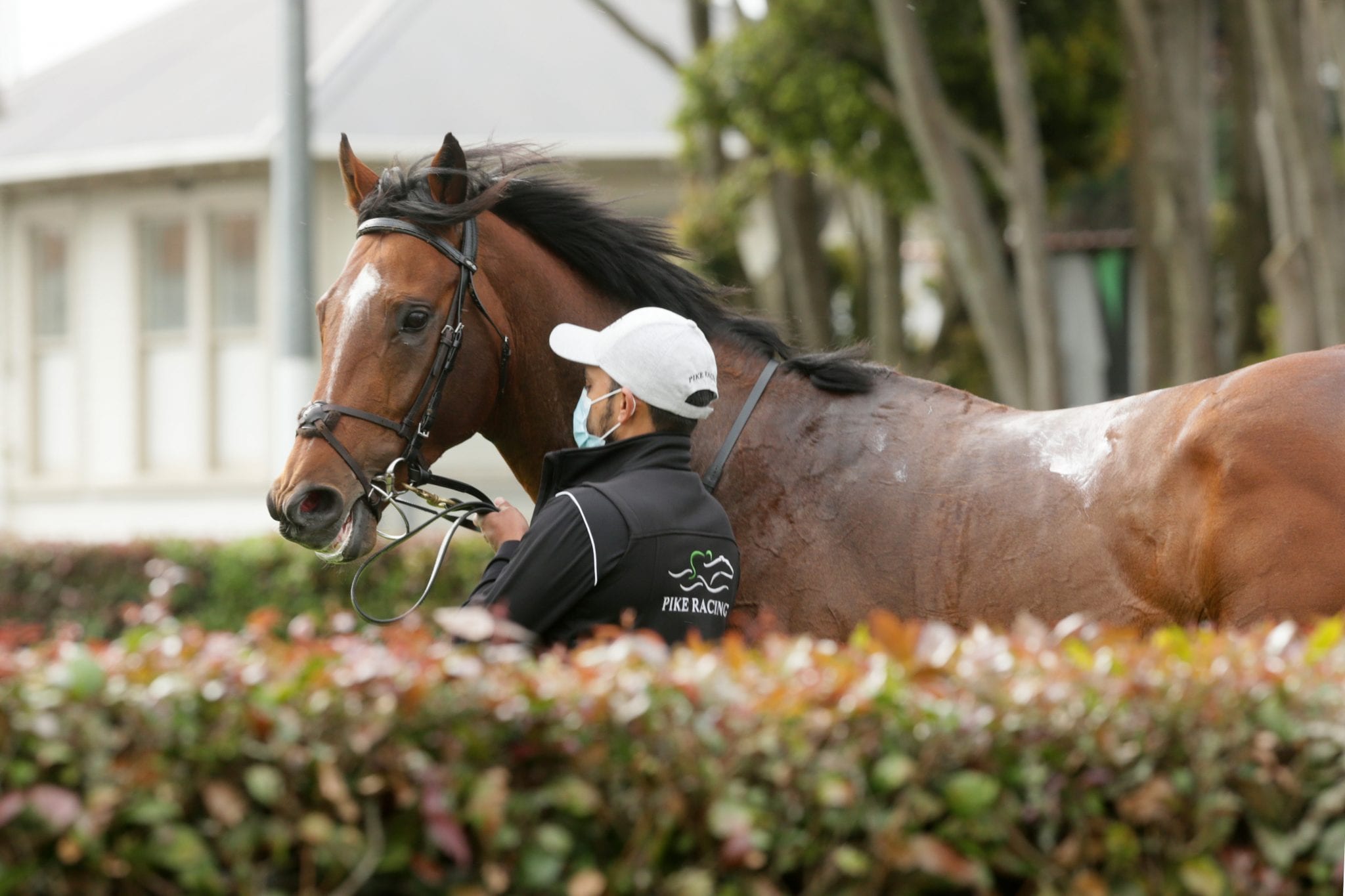 Punters that took the $1.30 about talented three-year-old The Irishman would have had their hearts in their mouths when the son of Tavistock stepped slowly from the barriers on debut over 1100m at Avondale on Wednesday on a Heavy10 surface. But the Tony Pike-trained colt flagged himself as a horse with a bright future after closing well from near the tail of the field to run down leader True Blessing in the shadows of the post.

“It was a pretty big effort,” Pike said. “They went very slow, he hated the track and at the half-mile I thought he was in a power of pain. “He is such a beautiful-actioned horse that I didn’t really want to run him today, but we had to get the show on the road with the better three-year-old races in mind. “Obviously further is going to be better for him as well. Class just got him through and he is a very promising horse going forward and we just need some tracks to start firming up.”

Purchased for $170,000 at Karaka as a yearling from the draft of Cambridge Stud, The Irishman is out of a Zabeel mare and will be set on a Guineas path. “We will give him a quiet few days after racing on a heavy track and nothing is set in stone, but we will look for a decent program heading towards the Hawke’s Bay Guineas (Group 2, 1400m).

“He is so brilliant in his trackwork and being by Tavistock out of a Zabeel mare you’d think he would get 2000m without a problem, but he has just got that bit of class and brilliance about him that is taking him a fair way at this point in time. “There are plenty of options for him going forward. He is going to win a good race somewhere at three.”

Across the Tasman, Pike’s star sprinter The Bostonian is now likely to have a brief freshen-up after finishing seventh in a torridly-run Group 1 Winx Stakes (1400m) on August 22. “Chris McNab (foreman) had a look at the horse on Monday and thought he had just lightened up a touch after that fresh-up run,” Pike said.

“There are some lovely races coming up for him over the next two or three months, so we thought we would take the cautious approach and freshen him up. “He will run in about five weeks’ time in the Premiere Stakes (Group 2, 1200m).”

Meanwhile, Pike looks to have plenty of ammunition to play with over the coming months, including a two-year-old colt by American Pharoah out of Strada Cavallo who won a 700m trial at Ruakaka on Tuesday. “He is a lovely horse and is part of the colts syndicate I put together this year,” Pike said. “He is a belting individual and he has shown plenty of natural ability from day one.

“As a type he doesn’t look a natural two-year-old, but it was a good experience for him at Ruakaka. He did everything very professionally and he will have a three week break now before we look at the Karaka Million with him, if he can get there.”

Also trialing well for Pike was last season’s Group 1 New Zealand 1000 Guineas (1600m) winner Loire, who won a 1000m heat at Ruakaka. The daughter of Redoute’s Choice refused to go on the track for an exhibition gallop at Tauranga last Saturday and is likely to kick-off in the Group 1 Tarzino Trophy (1400m) at Hastings on September 19.

“That’s just her. She went to Tauranga and wanted to go right and she was supposed to gallop left,” Pike said. “She put on a performance but didn’t get upset about the whole thing, so her punishment was a trip to the beach (Ruakaka) on Tuesday. “She is absolutely flying and has come up better than ever. She will go to the first day at Hawke’s Bay. She is a filly with a mind of her own at times and that is probably what makes her good. You just have to work with it.”