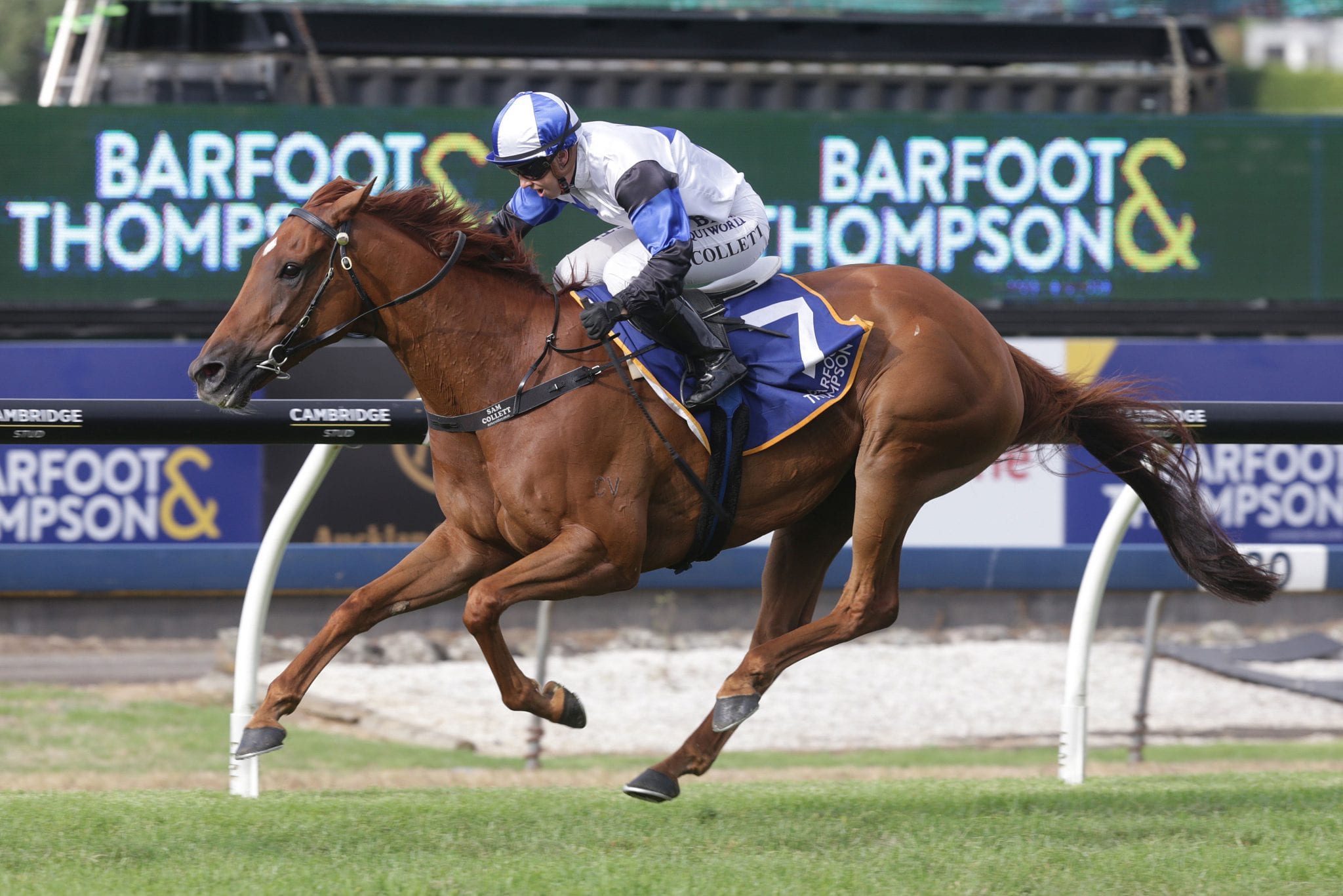 It may be a few days since Roger That won the Group 1 Auckland Cup (3200m), but trainer Antony Fuller still can’t wipe the smile off his face. “I think it is still sinking in to be honest, but I do find myself walking around and grinning,” Fuller said.

It was the first Group 1 victory for Fuller in just his second start in an elite-level race. “It is only the second time I have had a horse in a Group 1. Happy Sculpture ran in the Railway (Group 1, 1200m), but he was a burnt out horse by the time he got into that,” he said.

Roger That finished runner-up in the Listed Kaimai Stakes (2000m) at Matamata last month and Fuller wasn’t overly confident heading into the Auckland Cup, believing his gelding had already tackled his optimal distance. “Prior to Saturday I thought 2000m might be his best distance,” Fuller said. “We thought that (Kaimai) was a race he had a good chance in. Joe’s Legacy (winner) got a better run than he did, but good on them, that’s racing. “We were happy that we had a healthy and fit horse heading into the cup, but we weren’t overly confident. We thought he would go okay. It would have been a shock if he had run a bad race because I don’t think he ever has.”

He continued that reliable run on Saturday with an ideal ride by jockey Samantha Collett, who recorded back-to-back wins in the race after guiding home Glory Days to victory last year. “I think Sam rode the horse perfectly,” Fuller said. “The way she rode him suited him to a tee and it all worked out. “We decided before the race that from gate 17 we would ride him quietly and try to slot in midfield. “He ended up slotting in just before the winning post on the first round and it worked out perfect.”

While overjoyed by his first Group 1 victory, Fuller admitted he wasn’t overly impressed with Roger That when he first laid eyes on him as a juvenile. “A bloodstock agent rang me up out of the blue and he said he had come across a horse he thought would suit us,” Fuller said. “We looked through his breeding and we liked what we saw so I went and picked him up. “We paid $4,500 for him, but at the time he was a pretty rough looking two-year-old and I thought that was plenty enough money to pay.”

His original purchase price now seems a bargain, with the son of Shinko King having now amassed six wins and more than $420,000 in prizemoney. Fuller has always had a love of horses and was introduced to racing through his trainer father, who trained on the same Tauranga property as Fuller. “Dad trained horses and we just took over from him. But we have always kept it pretty low-key,” Fuller said.

While getting a solid grounding from his father, Fuller decided to broaden his horizons and spent time in both Japan and England honing his horsemanship. “I did a year in Japan, It was an experience,” Fuller said. “I spent time at a big breaking-in and pre-training outfit. “Some of the horses were just unreal compared to the horses I had been working with. They were in a different league to what I had been used to.

“That side of it was very interesting. I also learnt we weren’t working our horses enough over here compared with how they work them over there. I couldn’t believe the amount of work they could do on them.”

Fuller enjoyed his time in Japan, but opted to move on to England. “I went onto England for 18 months where we raced a couple of horses on the point-to-point circuit,” he said. “It was great fun, we won a race. It is all three mile steeplechasing, it was a totally different style of racing.”

Fuller wasn’t overly enthused with the bitter English winters, so he elected to return home and spend a little bit of time away from racing. “I didn’t want to spend another winter in England so we came back and I went back shearing for a number of years. I didn’t train a horse for a while,” he said. “I kept shearing for quite a few years. It would have been at least six years before I started to train again.”

On his return, Fuller had just the one horse in work, but one was enough to start his journey back into training in a full-time capacity. “We trained Happy Sculpture and he won the Concorde back when it was a Group 2,” he said. “When he won that the shearing started to get scaled down quite rapidly from then.

Apart from a brief interlude in Te Aroha, Fuller has continued to train on the property once owned by his father. “We did train for a short time at Te Aroha, but that was at the racecourse and neither of us really like training on a public racecourse with everyone else,” Fuller said. “We just weren’t used to it and couldn’t really get our heads around it.”

Fuller and wife Sarah have continued to enjoy training from their Tauranga base, where they currently work 12 horses, and the couple were overwhelmed with well wishes after their Auckland Cup win. “It has been huge, I didn’t realise I had so many friends,” Fuller said.

Fuller had seriously considered campaigning Roger That in Sydney over the coming months, but he said he has decided to stick with his original plan for the gelding. “We have given it a fair bit of thought, but Sarah and I both don’t see how it could successfully work, so we will give it a miss and stick to our original plan.

“He will be having a couple of weeks off and prepare for a winter campaign here. “He is going to get a bit of weight, but I’d rather have a horse that has got a problem with the handicapper than one that can’t beat a three-legged donkey home.”