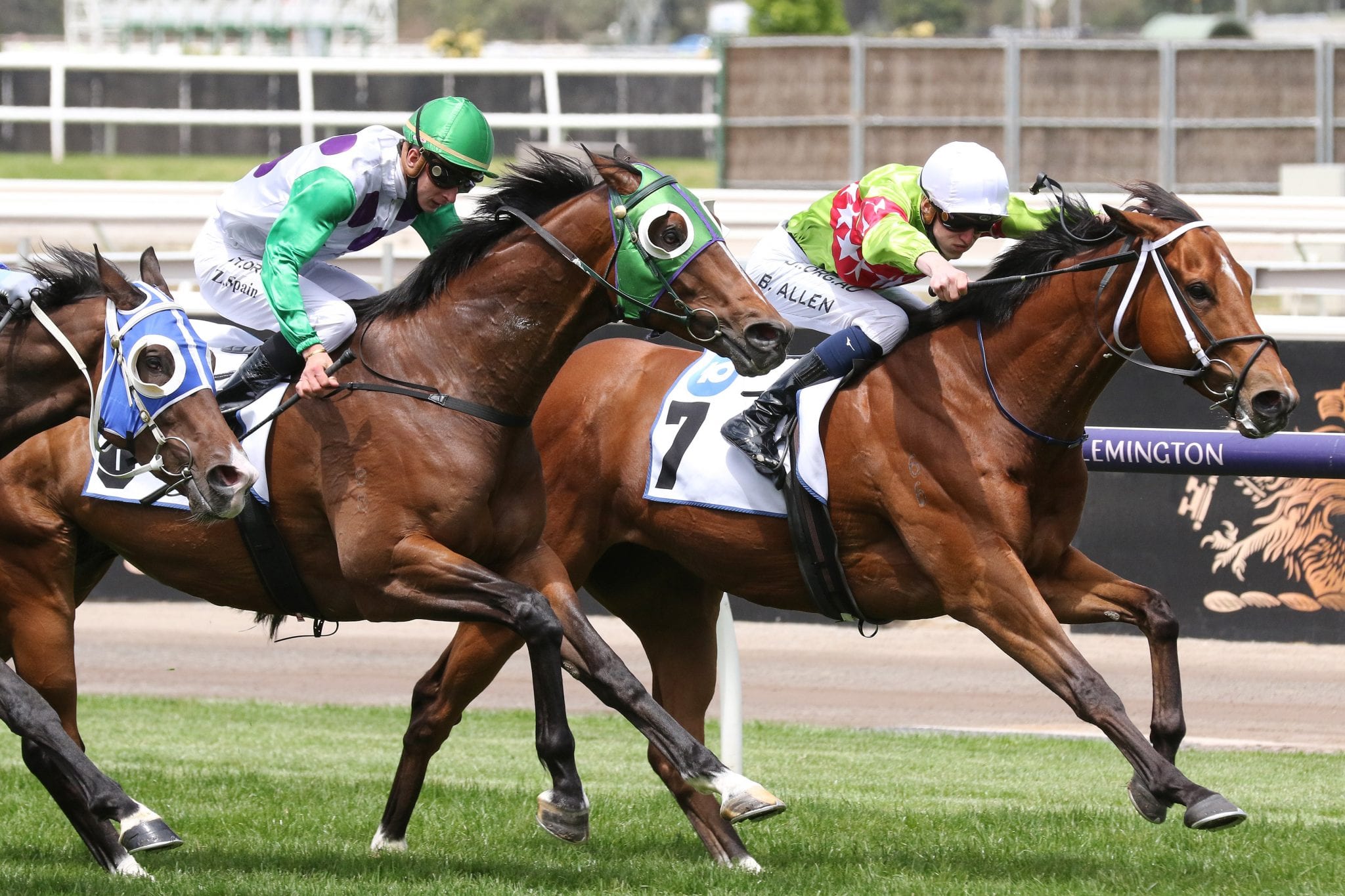 Four-year-old gelding Sansom has fashioned a good winning record for trainer Phillip Stokes and it continued at Flemington on Saturday when leading throughout to score in the Group 3 Network 10 Chatham Stakes (1400m).

The son of Charm Spirit has won eight of 17 starts and advanced his total prizemoney earnings to A$408,320. Ridden by regular rider Ben Allen, Sansom had a short head to spare over Morvada and Adelaide raider Bold Star.

“He’s going super. He’s just come back a stronger horse this time in. It’s a big thrill for the connections and great to get a winner for them over Cup Week for some good friends of mine,” Stokes said. “It’s also very special as Benny Allen has had a lot to do with this horse and it’s great for him.

“For Ben to get a win like this it would mean a lot to him. He rated him beautifully in front and kept on building. Full credit to him, he rode him really well.”

Stokes said 1400m was as far as Sansom wants at present and the likely target was the A$1 million Magic Millions Cup (1400m). “He’s relaxing a little better,” Stokes said. “He’s got stronger so we’ve always had a good opinion of him. I think 1400m is as far as he wants but he’s got plenty more wins in him.

Bred by Qatar Bloodstock, who have ownership in Charm Spirit who shuttles to Windsor Park Stud, Sansom is out of the Fastnet Rock mare Bryony, a sibling to Group 1 winners Triple Honor and Heroic Valour. Sansom is the ninth stakes-winner for Charm Spirit, a triple Group 1 winning son of Invincible Spirit.