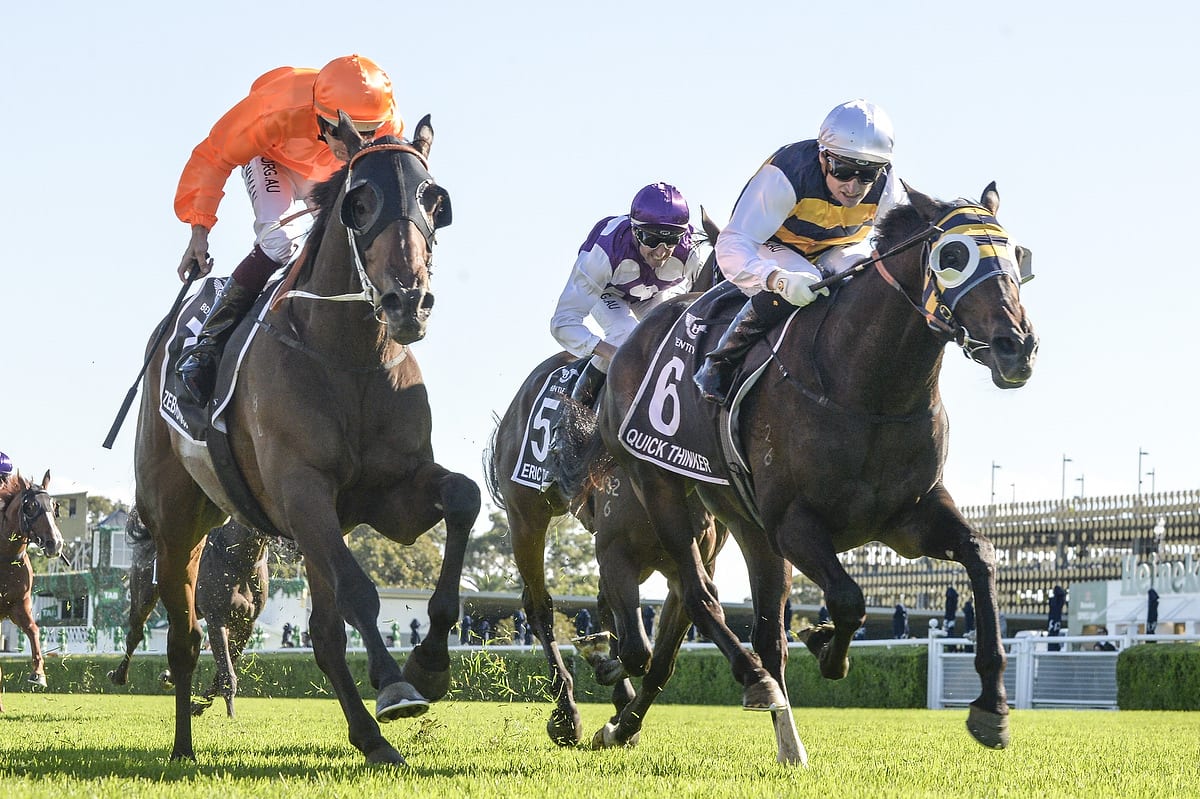 A stirring performance from promising three-year-old Zebrowski in Saturday’s Group 1 Australian Derby (2400m), at just his sixth career start, has lifted the spirits of the team currently in lockdown at Windsor Park Stud in Cambridge.

Bred and co-owned by the Stud, the Michael, Wayne and John Hawkes-trained Savabeel gelding fought for all he was worth before going under by just a neck to the Murray Baker and Andrew Forsman-trained Quick Thinker in a thrilling finish to one of the feature events on the first day of The Championships at Royal Randwick.

Windsor Park Stud Master and co-owner Rodney Schick admitted his voice was still recovering on Sunday morning as he went about tackling the numerous daily tasks on the farm along with the other members of a restricted staff presence currently operating at Windsor Park. “The voice is a little hoarse this morning as we were cheering pretty hard all the way up the straight there at Randwick,” Schick said.

“He (Zebrowski) has done an amazing job with the Hawkes team identifying him right from the start as having real ability. “I went and saw him last year and he was standing between Exceedance and Brutal and they said then that they had a huge opinion of him.”

That the son of Polish Precedent mare Polish Princess found his way to the Hawkes stable in Sydney is of no real surprise given the success they have enjoyed with earlier members of the family including Australian Derby runner-up Polish Knight, dual Group 2 Hollindale Stakes (1800m) winner Leebaz and stakes winning mare Euro Angel. “Andy Williams (bloodstock agent) was at my place having dinner one night and Zebrowski was in the front paddock with his mother,” Schick said. “We went out and had a look at him and Andy asked if we would sell him there and then. He had a good relationship with the Hawkes family so they bought him as a foal at just two months old.

“We decided to retain twenty percent as he had a stallion’s pedigree but unfortunately, we had to geld him, but we are having plenty of fun with him. “They’ve always rated him but knew he would take some time. “He’s just starting to step up now and I think next season he could be a very handy horse. “We haven’t spoken to them yet after yesterday’s run so we’re not sure what they will do with him but with the way things are at present I don’t think anyone knows just how it is going to look in the future.”

Schick was referring to the consequences of the Covid-19 pandemic which is wreaking havoc on the entire world and is pragmatic about what the future might hold. “Its interesting times isn’t it as we just haven’t been through anything like this before,” he said. “We’re just focussed on our situation here on the farm and doing everything we can to ensure we are complying with lockdown regulations and what the government wants us to do.

“We’ve made our own bubble on the farm with no external people coming in at all except the feed company dropping off feed. “We’ve split the resident staff into two teams doing evening and morning feeds and doing the jobs that are required to keep the place running as there is still a lot to do at this time of the year. “It just is what it is and we have to get through this month and then see where things are. “I think long-term that racing will come out okay but there will need to be some hard changes made and this situation will force our hands.”