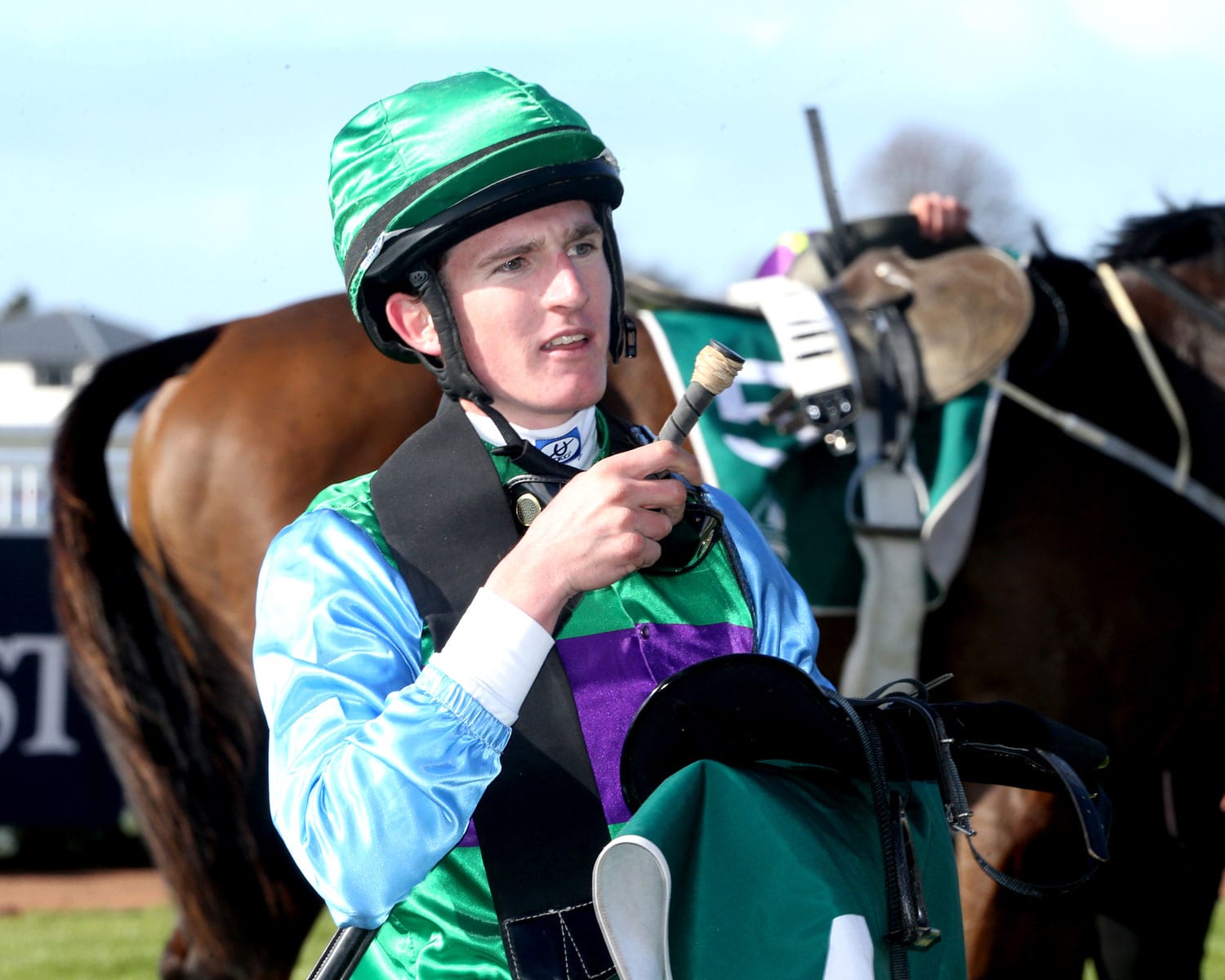 An elusive win in either Hastings jumping feature on Saturday would give leading New Zealand jumps jockey Shaun Fannin a great deal of satisfaction and finally provide something for his family to cheer about.

Fannin, who looks on track to defend his national jumps riders’ premiership crown, has ridden in the Hawke’s Bay Hurdles (3100m) on six occasions, with his best results third placings on Venerate in 2015 and Sea King in 2017, while he has yet to be placed in five rides in the Hawke’s Bay Steeplechase (4800m).

“I’ve never really had much luck in either race,” Fannin said.

“I’m Hastings born and bred, went to school at Hastings Boys’ which basically backs on to the track and I rode trackwork there so I’ve always been pretty keen to win these big races.

“My family comes along every year but I haven’t been able to deliver anything for them yet and they do let me know a bit.”

Fannin’s most recent ride in the Hawke’s Bay Hurdles, run in September last year, was his most forgettable yet when his mount Laekeeper fell at the second fence and led to the jockey losing both his front teeth and left recovering on the sidelines for a month.

But he looks to have a grand chance of setting the record straight on Saturday.

“He’s right up with the best I’ve ever ridden,” Fannin said.

“He’s just got to run up to any of his past form and he should give it a good shake. I schooled him yesterday (Wednesday) and he jumped really well and gave me a good feel.

“He’s such a clever little jumper. He never jumps any of his fences too high. He does just what he has to. This will be his first jumps race for a while but he’s jumped for so many years now and it’s been more about giving him the base fitness leading in.

“He’s had four runs on the flat and he’s ready. The Cossack is going really well and he’s got that five kilo advantage but my horse is a good winning chance. I expect him to be hard to beat.”

Bookmakers have the Paul Nelson and Corrina McDougal-trained The Cossack as a +160 favourite, ahead of Tallyho Twinkletoe at +210 and Bak Da Master at +320.

Bookmakers also have Fannin’s mount in the Steeples as second favourite with Mesmerize at +120 in a market headed by It’s A Wonder at +110.

Fannin guided Mesmerize to success over It’s A Wonder in the Waikato Steeples (3900m) at Te Rapa in May and wasn’t disappointed with his last-start fifth in last month’s McGregor Grant Steeplechase (4150m) at Ellerslie, a race It’s A Wonder finished second in.

“It’s A Wonder is definitely the horse to beat but Mesmerize should be a very good ride,” Fannin said.

“He won nicely at Wanganui first up and then jumped well for me when he won the Waikato Steeples. He just got bogged down in that really heavy track at Ellerslie last start but Raymond is happy with him leading into this weekend.

“He’s a neat little jumper. He can travel quite keenly and pull a bit in the run but he measures his jumps nicely.”

Fannin’s other ride is aboard the Connors-trained Father Dom in the Just A Swagger/Perry Mason Steeplechase (4000m), having schooled the horse this week over steeplechase fences at Awapuni.

With 13 jumps wins to his credit this season, Fannin currently leads Dean Parker by five wins as he seeks to defend his premiership title with two months remaining of the season.

“It’s been a great season. I’ve been very lucky to get on some nice horses.”