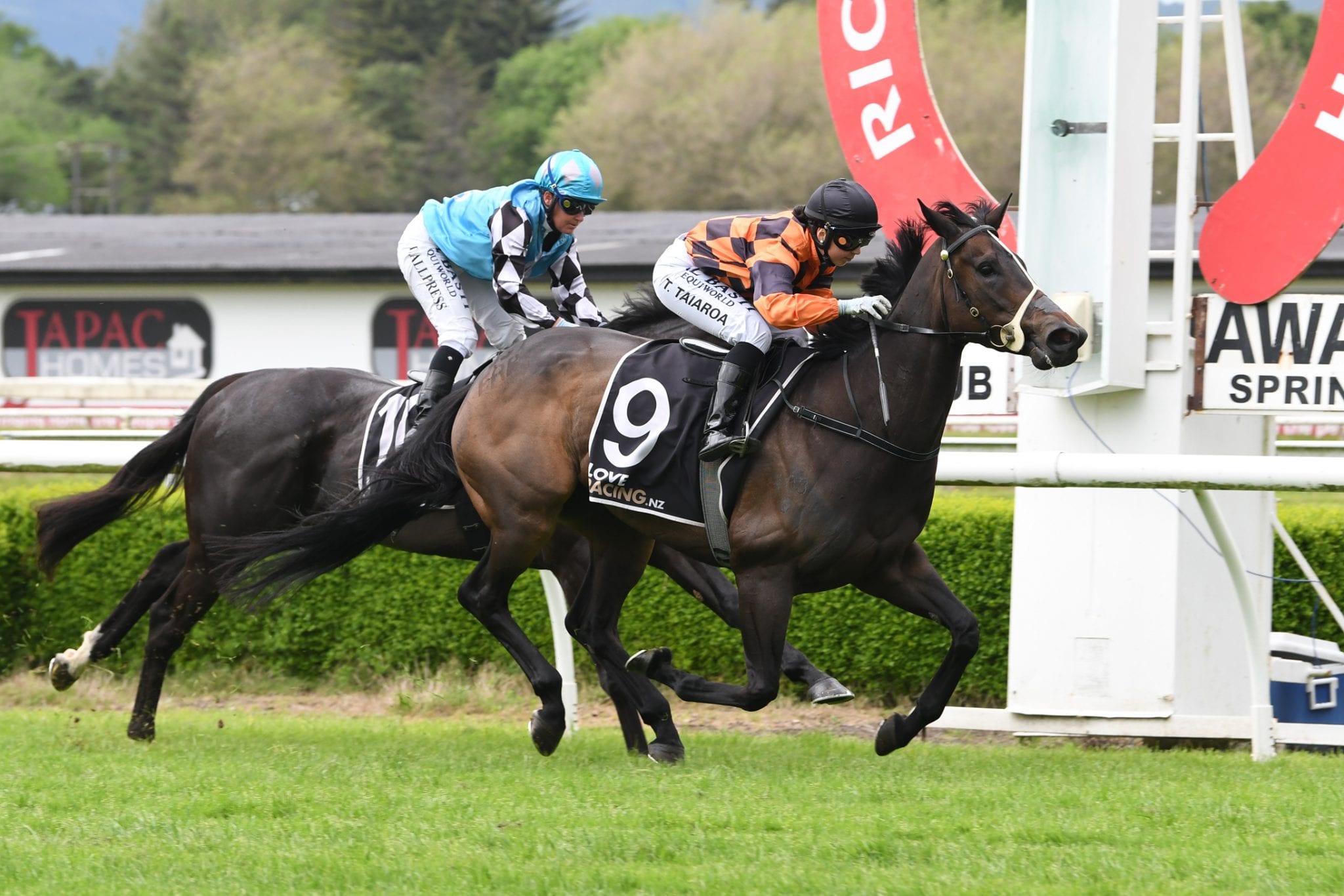 Promising galloper Just Fabulous indicated she was in for a good campaign with a gritty fresh up victory in the Courtesy Ford Red Craze Bowl (1300m) at Awapuni on Saturday. The five-year-old O’Reilly mare hadn’t been seen on raceday since January but was primed for her return by a recent jumpout after she had been scratched at the trials for playing up at the barrier.

Trainer Roydon Bergerson and the mare’s large group of owners held their breath before the start on Saturday but the mare loaded away safely, much to their relief. “She has never really performed fresh-up before but she was fit as she had been in work for a fair while,” Bergerson said.

“We had taken her to the trials a couple of times but she played up and had to be scratched so we gave her a quiet jumpout a couple of weeks ago and she was fine. “We were all holding our breath before the start but she went in and got away okay, so that was a relief. “She had to sit three-wide the trip, so it was a pretty brave effort.”

Bergerson paid $26,000 to purchase the mare from the Waikato Stud draft at the 2017 Select Yearling Sale at Karaka. She is the third foal of Savabeel mare Fabulist and is the full sister to the Singapore-based, seven race winner Nowyousee and the half-sister of Saturday’s A$7.5m Golden Eagle (1500m) runner-up Icebath and impressive Hong Kong winning debutant Courier Wonder (both by Sacred Falls).

Those family connections have seen Bergerson’s phone ringing red hot with offers to purchase the three-race winner. “That’s a very handy family she is from so the phone has been going with offers for her,” he said. “Her owners aren’t breeders so I would say they will most likely race on with her and then sell her at the end of her career.

“She has a little bit of black-type as she ran third in the Eulogy Stakes (Group 3, 1550m) as a three-year-old so the aim is to try and get that stakes victory. “She is more of a miler so she will have another run at home here in two weeks then we will look to step her up over more ground after that.

“She prefers the dry tracks so we will be looking out for a nice stakes race for her over the summer if she can keep showing the improvement she has in the last twelve months.”