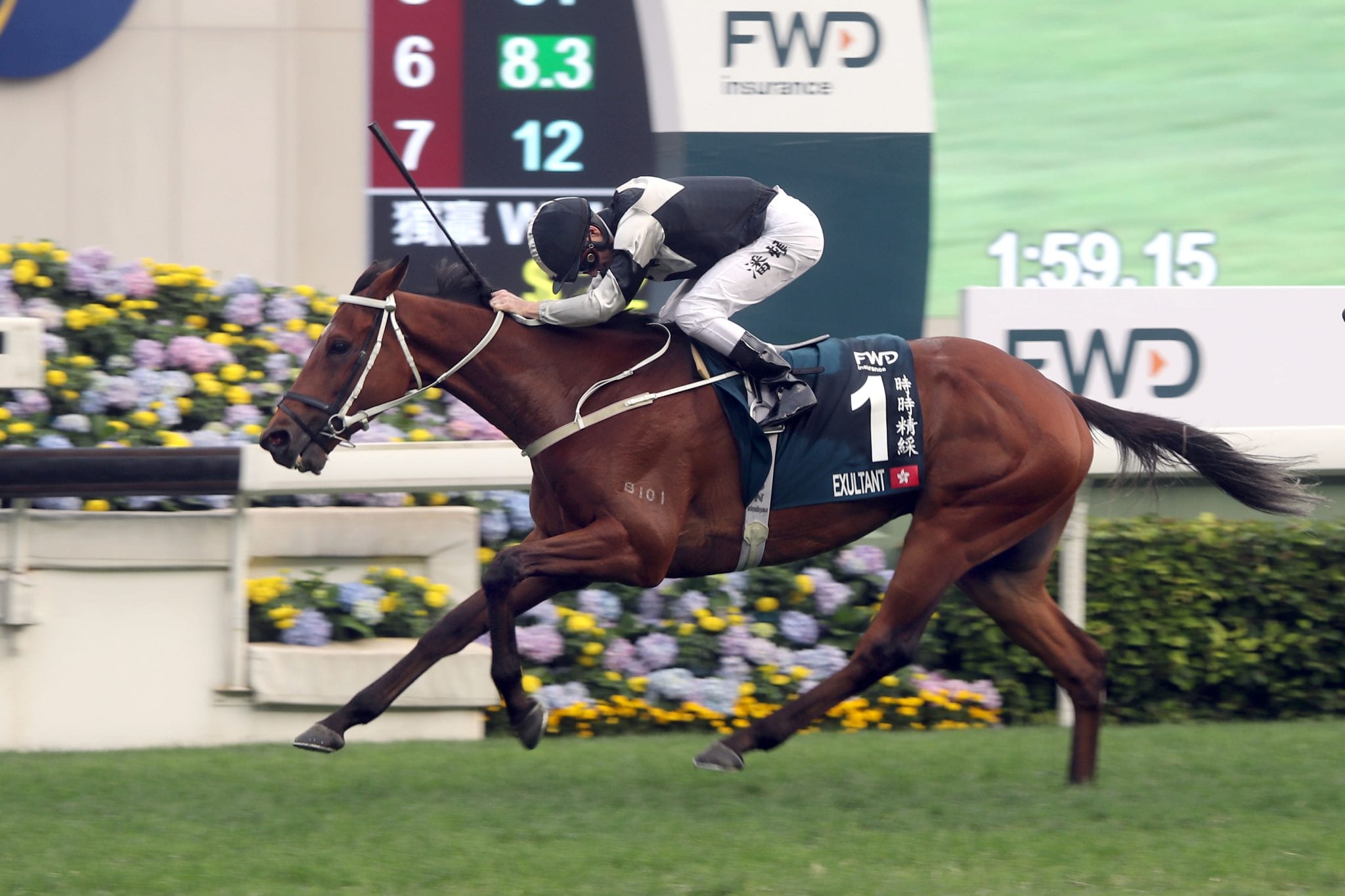 Hong Kong’s Horse of the Year returns this season with two barrier trials under his belt, both in typical fashion, travelling at the tail of the field in each to roll past the winning post in ninth and seventh, with champion jockey Zac Purton aboard in each.

“I’ve given up trying to assess him off his trials,” Purton said. “I just roll him around and let him have a stretch of the legs and that’s all he is out there for really as we know he doesn’t take any part in trials. It doesn’t concern me, he’s been like that for quite some time now – it’s when they start to do something different that you begin to worry.”

The six-year-old was third first-up in last year’s Sa Sa Ladies’ Purse before landing the Group 2 Jockey Club Cup (2000m) at his second start and trainer Tony Cruz plans to point his stable star through the same programme this time around, the main focus being an attempt to reclaim the Vase crown he won in 2018 but lost to Japan’s Glory Vase in 2019.

“We’re going to the races knowing that he is in a good place but that he is going to improve off it. The distance is ok for him but having to carry the big weight against these horses at this stage of his prep is not easy,” Purton said.

“I’d just like him to hit the line and show us that he can be a player again in December.”

“His toughness is his best quality, his heart, he always goes out and gives everything he has got, it doesn’t matter if it’s a slow speed or a fast speed he just tries his best every time,” Purton said.

“Of course he would prefer a fast speed so that he can grind them into the ground a little bit but I never go out there having to think about whether he’s going to do it for me or not – I know he’s going to turn up every time and let’s just hope he continues to do that.”

“It depends how the race is run – last year he drew barrier one so that allowed him to just jump and get into a nice spot without having to do any work,” Purton said.

“But this year he’s drawn an awkward gate against a lot of horses that are well-rated with light weights, so he’s up against it – so let’s just see how he begins, gets himself out of the gates and he’ll tell me where he wants to be.”

“I thought at a mile in that class you couldn’t have asked for a better run from him, he’s been trained to peak in December but it wouldn’t surprise me if from the awkward gate he ran a good competitive race,” Hayes said.

The ex-John Moore-trainee will break from gate 13 with Matthew Chadwick in the plate.

“I would say he’s improved a little bit since his last run. He’ll target the Hong Kong Vase so he’ll probably run in the Jockey Club Cup in three weeks,” Hayes said.

Another stable transfer, the ex-Frankie Lor-trained Dark Dream, also steps out for Hayes and will break from gate two with Alex Lai in the plate.

“His trial at Happy Valley was excellent. He’s a lazy horse so it’s hard to get a bit of a guide on him but off the trial I think he’ll run ok and get better as the season goes on,” Hayes said.

The All American gelding hasn’t won since early 2019, one of two wins in Hong Kong after arriving from Australia off a Group 1 win in the 2018 Queensland Derby (2200m).

“My main goal is to get him winning races again. His best overseas form is good enough for December – that’s a bit of a dream but fingers crossed,” Hayes said.