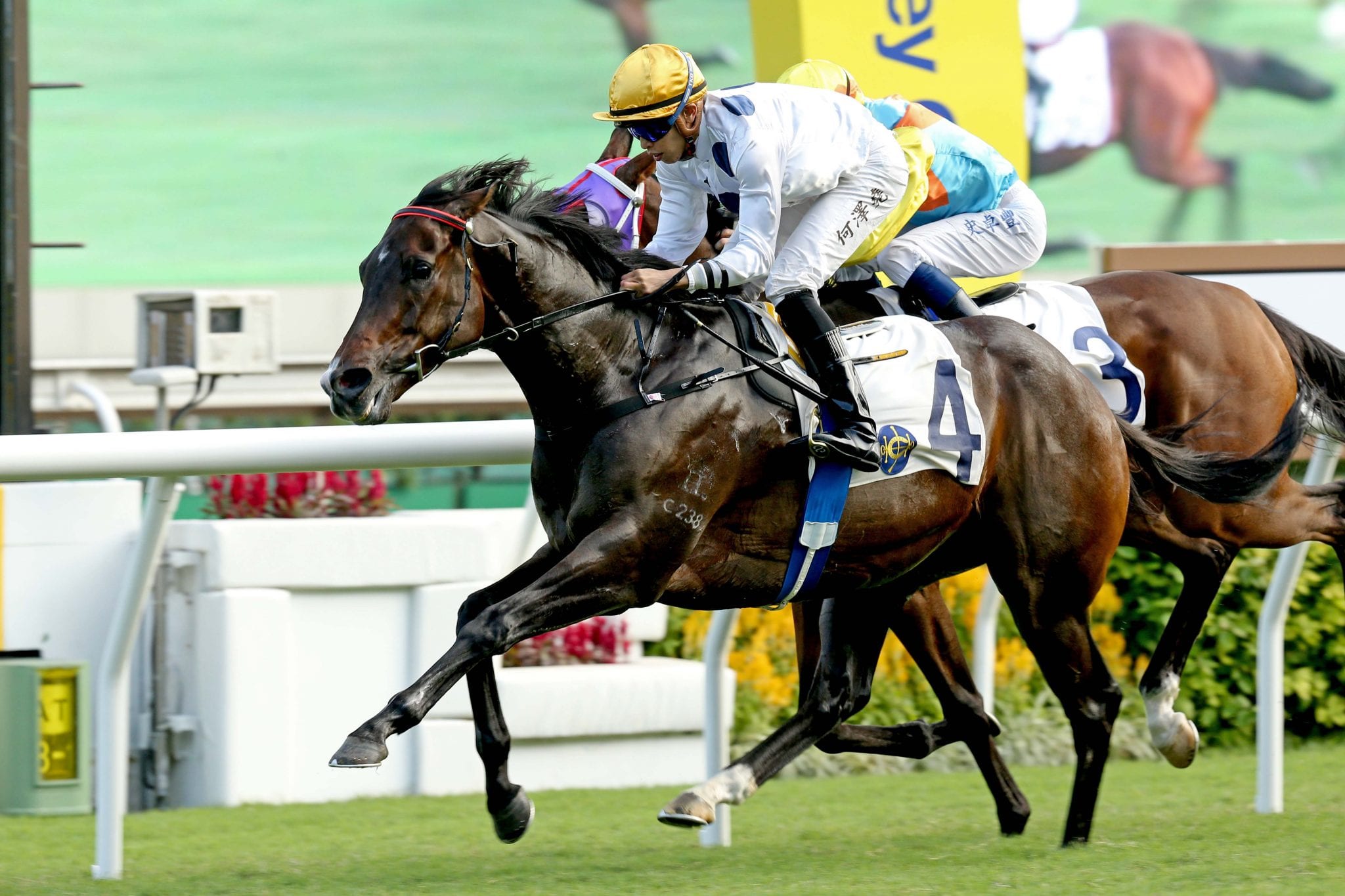 Lui’s Australian-bred took to the grass on Thursday with ever-present ally Vincent Ho in the plate and the pair went 800m on the Sha Tin turf, breezing 49.5s with 25.4s and 24.1s fractions alongside stablemate Tom’s Style.

So far this season, the 127-rater (local rating) has swept aside all-comers, just as he did last season through a campaign which culminated in BMW Hong Kong Derby (2000m) glory. Now, he’s looking for his third win this campaign and his 10th in succession as he marches toward the HK$25 million Group 1 LONGINES Hong Kong Mile on 13 December.

Last start, he brushed aside several of Hong Kong’s best performers of recent seasons including dual Horse of the Year Beauty Generation, and in some style too, closing his final 400m in a slick 21.81s – his fastest closing 400 metres since the sharp 21.65s he clocked back in October, 2019 ahead of Encouraging, the 1400m Sha Tin track record holder.

The Lui trainee even appeared to switch off once he hit the front, as if he knew the job was done, but a few prompts from Ho followed and he kicked on for a lenient half-length win, with Ka Ying Star in second, Southern Legend third, and Beauty Generation a fading sixth.

While Golden Sixty undoubtedly has brilliance, he does have a quirk with it.

“He does hang, he did it last start, but if you look at his previous wins he always hangs a little bit, but maybe this time the horse, when he passed the horse inside of him, he just hung a little bit more,” Lui said but the handler is unperturbed, “It’s not necessary to correct this – it’s just his character, like all horses.”

“You just have to relax him, that’s his style, to stay behind a few runners; there’s a little worry about him being caught behind horses on the inside – anything can happen,” Lui said.

Challenging Golden Sixty’s unbeaten streak is Mighty Giant who himself has built an impressive record, winning his last five races, but he is making a first attempt at a Pattern race at his first start beyond 1400m.

“We’re going to find out, it’s a big throw at the stumps and it’s hard to go there with a lot of confidence thinking you’re going to beat Golden Sixty because he’s such a good horse,” jockey Zac Purton said.

The Power gelding steps up from Class 2 to Group 2, a big leap, but a small field of seven runners justifies his inclusion with a HK$990,000 prize for second place, should he fail to take down Golden Sixty.

“My bloke can only win and he’s been doing that, he hasn’t been beyond 1400 metres, so he has to step up in distance and he faces a big jump in class,” Purton said. “But he’s honest, he’ll give us his best, he’s got a good racing style so he’ll be out there and let’s hope he can do it.”

Ricky Yiu’s tenacious chestnut likes to roll forward to sit close to the speed before grinding his rivals into submissions, a tactic that lessens the luck factor and always ensures a chance.

“He’s been out on his feet at the end of his 1400 metre races but they’ve all been very hard run races, they’ve been strong gallops and he’s been entitled to be a little bit tired,” Purton said.

“Maybe at the mile he can have a bit more of a breather and that might help him but until you try a horse at a distance you can never be certain that they’re going to run it, so we’ll find out on the weekend.”

The New Zealand-bred edged into triple figures last start after being handed seven points, lifting him to a 101-local rating.

The champ, upstaged by stablemate Furore (123lb) last start in the Group 3 Sa Sa Ladies’ Purse Handicap (1800m), has pleased champion jockey Purton this campaign and the rider is looking forward to pairing with the five-time Group 1 winner for his second run back this season.

“My bloke was first-up (last time), he will have taken benefit from that first-up run and hopefully he’s just taken that next step. He is an older horse so sometimes they can take a little bit longer to come to hand – I thought his run was good and I’m looking forward to riding him again,” Purton said.

“For a race that on paper looked like it had no speed, everyone had the same idea and they wanted to be a little bit handier than they normally would be and that injected more speed into the race for the first half mile than was necessary.

“All those horses that were up there except my bloke fell in a hole and the horse out the back with the lighter weight, that did no work early and had a suck run, was able to get over the top of us.”

Exultant is looking to recapture the Vase crown he won two years ago but which he let slip last year, and forms one part of a three-pronged attack by trainer Tony Cruz, with Time Warp (128lb) also featuring.

“I’ve drawn a tricky gate, the widest gate, and it’s the worst start on the track,” Purton said. “If he is slow out of the gates, which he can be sometimes, then I’ve got some work to do, or if he jumps well and I’ve got to go forward people kick up and make it hard for me.

“Like last time, you do that extra bit of work and you’re found wanting, that’s just the scenario that we’re faced with, but for me, as long as he runs well and shows that he’s taking the necessary steps then I’ll be happy.”