Evans remembered for her massive input as owner-breeder 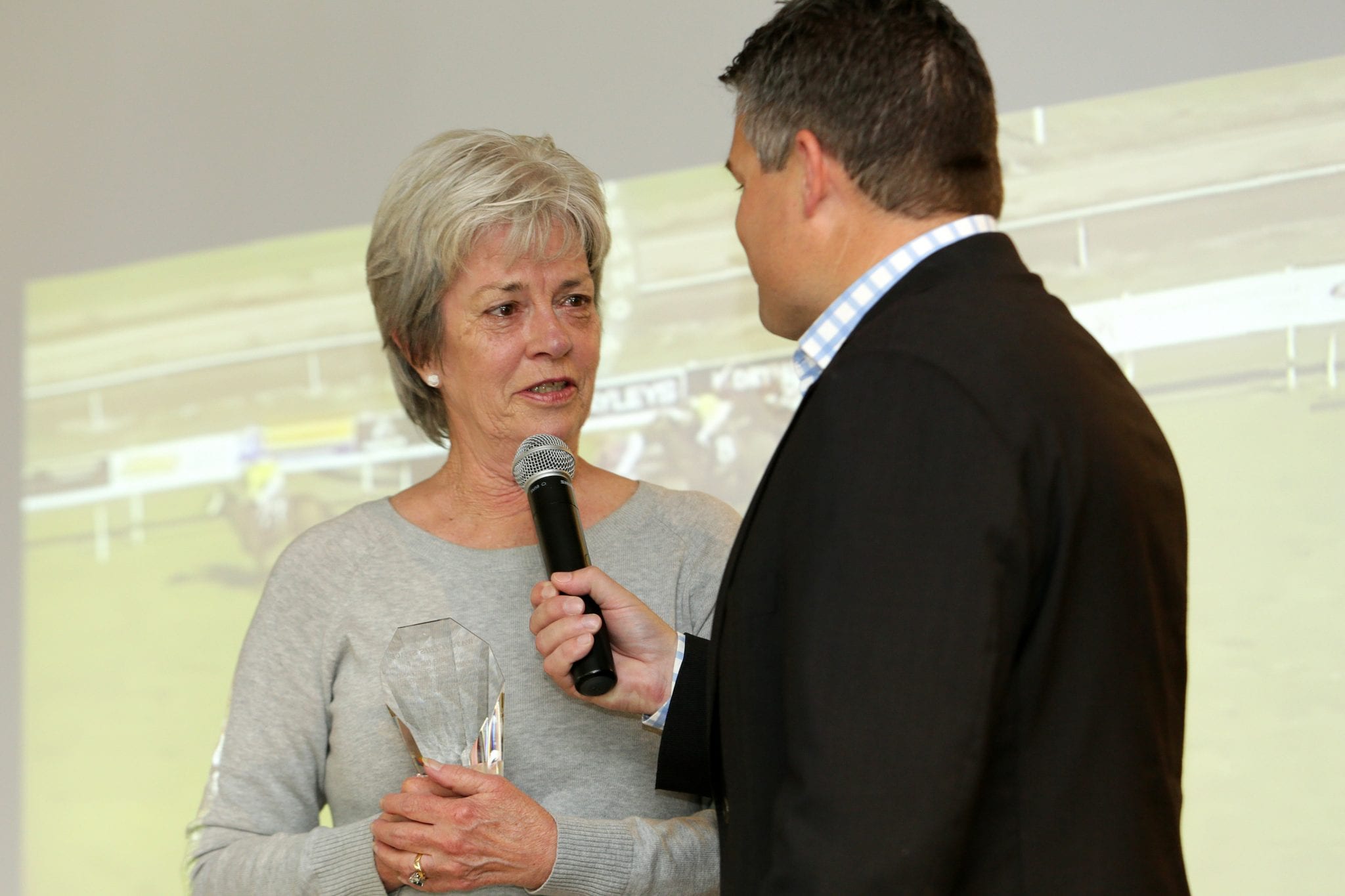 Emma Evans didn’t get the send-off her long-time trainer Wayne Hillis had hoped to provide for her at Matamata on Saturday, but she will be long remembered for her involvement in the racing industry as a passionate owner and breeder.

Evans passed away early on Saturday morning and that afternoon Hillis was hoping Watch This Space could recapture his best form and provide a fitting farewell to his Whitford owner-breeder. But the Group 2 winner, with stable apprentice Darren Danis aboard sporting a black arm band in Evans’ honour, could do no better than eighth.

“I was hoping Watch This Space would win for her, but he missed the kick and was on the back foot after that,” Hillis said. “He still ran on all right and wasn’t far away, but he can’t give them a start like that over 1200m. I still think he has got a win or two in him.”

Watch This Space has won nine races with his best result being his win in the Group 2 Japan – New Zealand International Trophy (1600m), the Tauranga event in which he has also finished runner-up. He has also been six times Group placed including a second and a third in the Group 1 Thorndon Mile (1600m) and a second in the Group 2 Easter Handicap (1600m).

Watch This Space is one of the many horses Evans has raced tracing back to the family from which she has been breeding for 35 years. It all began for Evans with Watch This Space’s third dam, May Be Great, whom she inherited from her aunt, May Wilson, when she died in 1985. “My aunt May Wilson had bought May Be Great’s granddam, Divine Chat, from the Trentham sales as a yearling in 1962,” Evans recalled in an interview several years ago. “She didn’t have much luck with the family though, as we didn’t get Divine Chat or her daughter Pine Street to the races.”

But May Be Great, by Crested Wave and named in honour of her aunt, won twice over 2200m and has been the source of so much success over the years for Evans through her progeny and her daughters’ progeny. May Be Great left 11 foals and eight were winners of a total of 28 races, headed by Kiwi Kid, a winner of three races including the 1995 Listed Guineas Trial (1400m) at Ellerslie.

“Gary Jenkins was training for Emma at the time and I knew Emma way back from the days when we were living up in Takanini, too,” Hillis said. “When Gary retired from training we had shifted to Matamata and started pre-training for Emma. Dezigna was one of the first we had for her and when he was ready to go into a stable Emma asked if we could keep training him and that’s how it all started. “That was 20 years ago and over the years we must have had more than 50 wins for Emma.”

Dezigna went on to provide Evans with her most memorable day in racing when taking the 2008 Group 1 Captain Cook Stakes (1600m) at Trentham to become her first Group 1 winner. That same season Dezigna’s younger brother, Izonit, ran third in the Group 1 Levin Classic (1600m) and won the Group 3 Manawatu Classic (2000m) before finishing second in the Group 2 Hollindale Stakes (1800m) when taken to Brisbane by Hillis on a path to the Group 1 Queensland Derby (2400m), in which he finished fifth.

Dezigna also won the Group 2 Rich Hill Mile (1600m) at Ellerslie and, as well as twice being a Listed winner, he was nine-times placed in Group 1 events. “Dezigna ran into a lot of good horses at the time, like Seachange and Sir Slick, and being a back-runner it was hard on him,” Hillis said. “He won 11 races and with a bit of luck could have won more.”

Label Basher was a breeding gem for Evans, leaving nine winners of 42 races from 10 foals, including Watch This Space’s dam, Multi Tasker, a winner of five races. “Emma kept almost all of them,” Hillis said. “She never sold a filly from the family so nobody else can carry on that line. “She loved racing her horses, but she didn’t like making speeches. She’d rather keep in the background.”

Evans also had some horses trained by Murray Baker, including Fascinator, a daughter of Label Basher and winner of eight races. Baker and Andrew Forsman also trained Fascinator’s foals, Deals In Heels, a stakes winner and winner of six races, as well as Nailed It, a winner of nine races.

But it wasn’t only with the May Be Great breed that Evans enjoyed success. She also won 10 races with Nothing Trivial and her late husband, Mick, also had some success, including five wins with Liquid Inspiration.

Their daughter Danielle is also a breeding and racing enthusiast and raced Bit Lippy, a stakes winning relative of Liquid Inspiration. “Don’t Doubt Me was my last winner for Emma, but I hope I can win another one with Watch This Space,” Hillis said. “He’ll run again in a few weeks if everything goes to plan.”