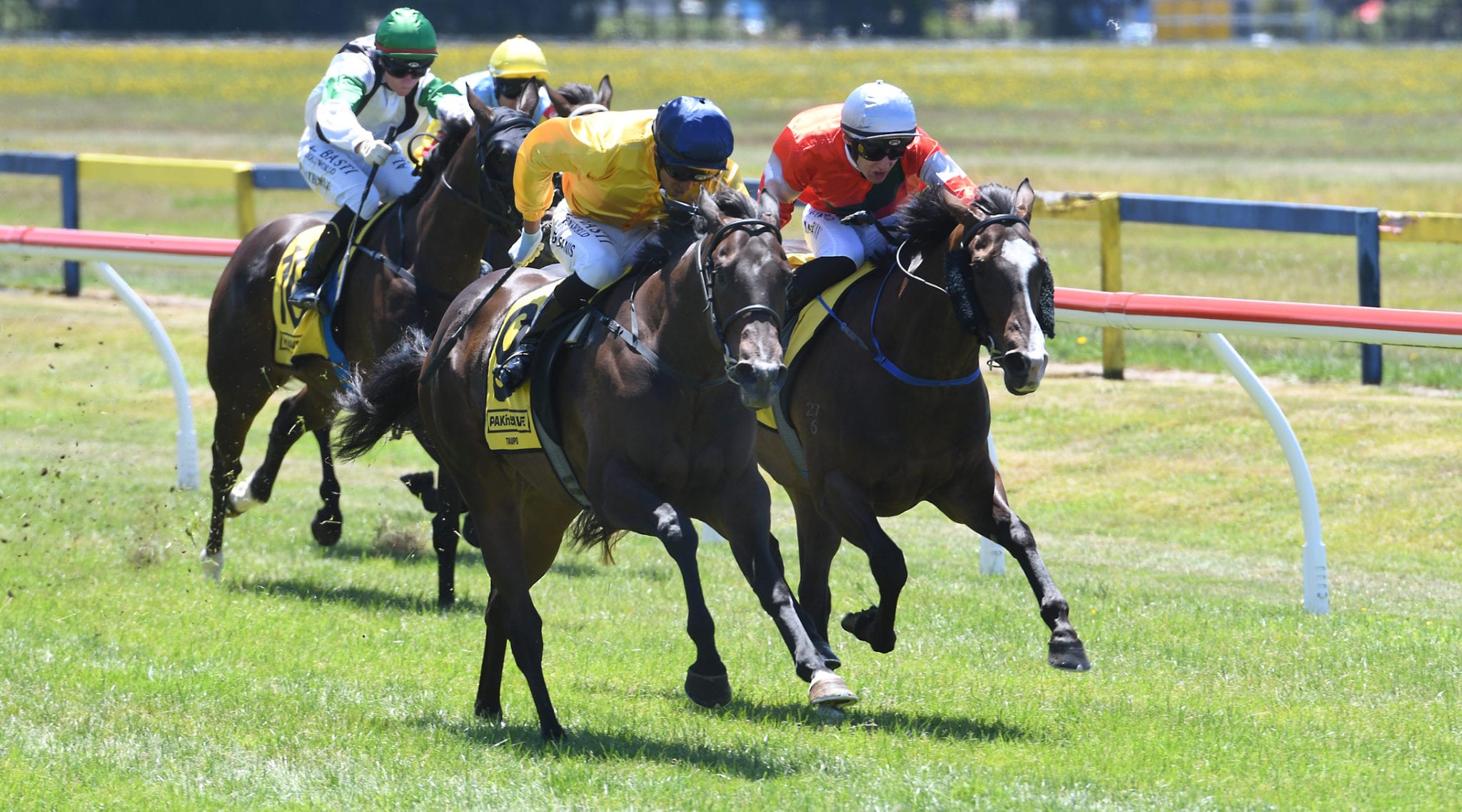 A brief let up after two educational runs in the spring has worked the oracle for promising filly Love Struck who broke through for her maiden success at Rotorua on Friday.

The three-year-old daughter of the ill-fated Waikato Stud stallion Sacred Falls had shown plenty of promise for trainers Roger James and Robert Wellwood before making her debut at Ruakaka back in August, but failed to fire in two starts before being put aside for a short spell.

The experience she gained from those two runs was clearly evident against her age-group rivals at Rotorua as she jumped nicely before settling in a handy position behind the pace for rider Darren Danis. Danis quickly angled the filly into the clear at the top of the home straight where she dashed to the front and, although tiring noticeably in the final 100m, held on for a meritorious win.

Wellwood was pleased to see his charge deliver on her early promise as he and James ponder her immediate future. “She just wasn’t strong enough in the spring so we put her away after those first two races,” Wellwood said. “She had shown plenty of promise in trackwork but just needed to learn a few things and strengthen up some more. “She thrived with the break and we were happy going into the race although she wasn’t screwed down as she hadn’t had a trial.

“She got a bit tired towards the end, which was to be expected, but I think she can go on now as that will have been of huge benefit to her development. “We don’t have anything planned for her but at this time of the year there is always a nice race around the corner to look at.”

Bred and raced by Valachi Downs Stud principal Kevin Hickman, Love Struck is a daughter of Bernardini mare Twice Smitten with her grand-dam being Hickman’s eight-race winner Smitten Kitten who won at Listed level and finished fifth in the 2005 Group 1 New Zealand 1000 Guineas (1600m) behind Seachange.

Wellwood also advised that last start Group 3 Manawatu Cup (2300m) winner Concert Hall had thrived since her Awapuni victory and was on target to take her place in the Group 3 SKYCITY City Of Auckland Cup (2400m) at Ellerslie on New Year’s Day.