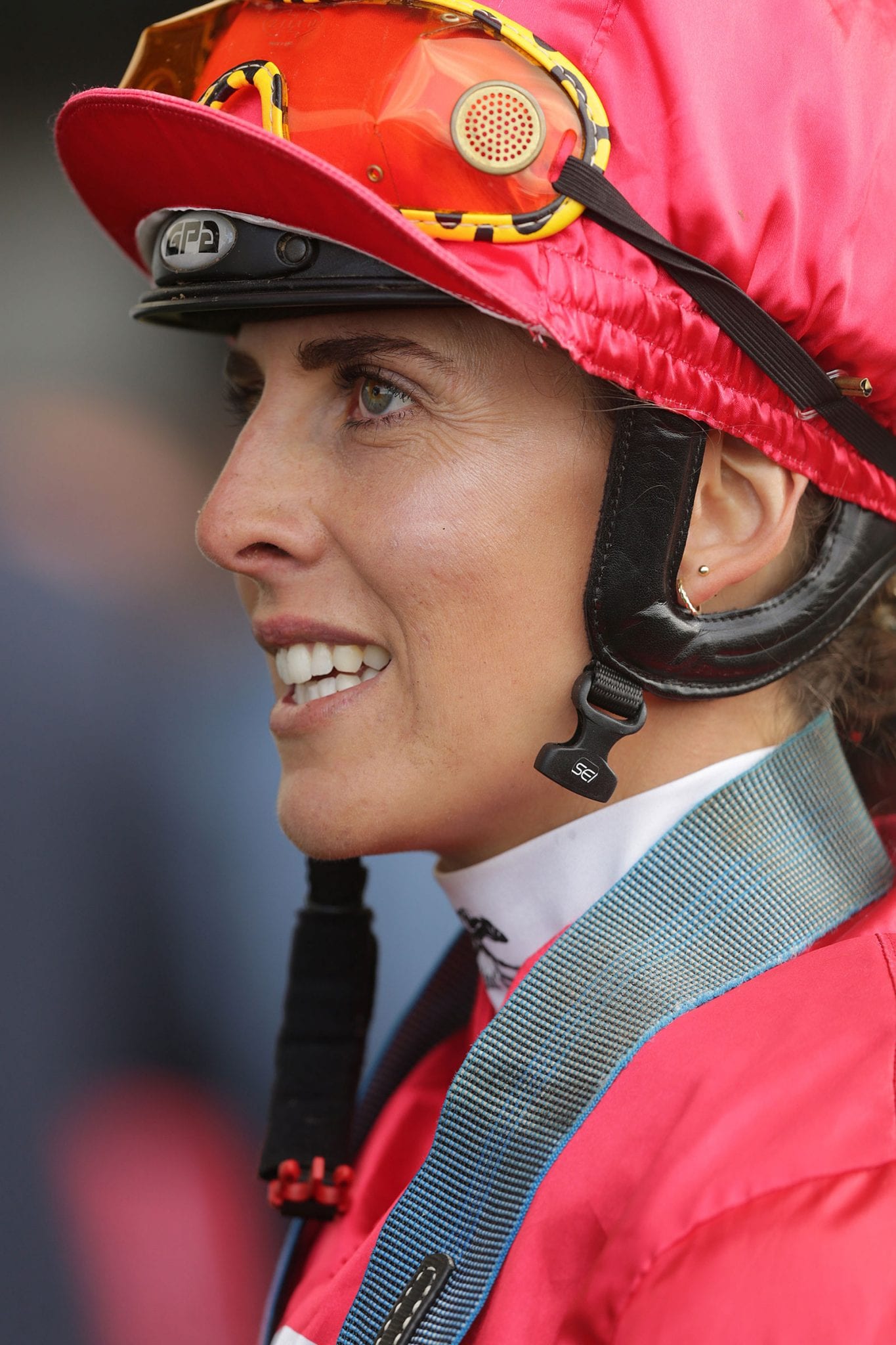 Erin Leighton is doing what she has always dreamed of – riding on raceday.

The New Zealand apprentice entered the racing industry as a fresh-faced 16-year-old in the hopes of becoming a jockey, and while the 28-year-old has been given limited opportunities over the years, she is really starting to kick some goals this season.

Her victory aboard the Shaun and Emma Clotworthy-trained Gnasher at Pukekohe on Wednesday was her eighth of the season, her best tally to date, and she said she owes it all to the support of her employer, Wayne Hillis.

She had previously ridden 10 winners in four seasons, and the lack of opportunities led to her leaving the industry for a few years to run a breaking-in business, and if it wasn’t for Hillis, Leighton said she could have been lost to the industry for good.

“Since I have come to Wayne, I said I just want to ride on raceday and be a jockey, and he said, ‘go and do it then’,” Leighton said.

“He lets me ride outside work, so I go here, there, and everywhere. Some mornings I am at three tracks riding for anyone that will put me on.

“Since then, it has just taken off and I feel like everything is working out for me. I am so stoked. I will just keep working hard and keep trying to find winners.

“I am so much happier and my weight has stabilised. I am finally doing what I intended to do when I came back into the industry. I am so thankful to Wayne, I wouldn’t be able to do it without him.”

A career in the saddle was always in the stars for Leighton, whose earliest memories were on the back of a horse on her parents West Auckland farm.

She spent the majority of her childhood on horseback and competed to a high level in the sport horse world.

“I was very competitive riding ponies when I was growing up,” she said. “I was literally born and stuck on a horse, and I never knew anything other than horses growing up.

“Most of my schooling was done through correspondence, and I lived on the farm so all I did was ride horses all day.

“I evented to one star with a thoroughbred, and I show jumped to 1.25m. I used to do mounted games, so I would go to Horse of the Year with that and won a few New Zealand mounted games titles.”

While she enjoyed riding horses, Leighton was lured to the thrill of motocross in her formative years, and she said the fearless nature of the sport has helped her in her racing career.

“I got to a stage when I was 12 that I wanted to try something else, and that is when I took up motocross,” she said.

“You have to be absolutely fearless (riding motocross), you have got to pretty much not know what brakes are.”

A return to riding horses and entering the racing industry was instigated a few years later when Leighton boasted to a friend that she used to be good at riding horses.

“When I was 16, I told my motocross friend that I used to be a good horse rider, so they told me to go and ride one of the horses out in the paddock,” Leighton said.

“It was an old chestnut thoroughbred broodmare. I asked mum if I could have her, and she said yes.

“I started riding her and she show jumped really well and I got good money for her. Mum told me to go down to the Karaka dispersal sale and find another thoroughbred and do it again, keep turning them over for money.

“When I was down there I ran into Natalie Tanner, who became my first employer. She looked at me and asked if I had ever thought of being a jockey, and I said not really. But she said I could start in the morning.

“At that stage, I wasn’t that rude, so I couldn’t say no.

“Once I rode a gallop, that was it, I was hooked.”

Leighton has never looked back, and while she has had many tough times in the industry, she is glad all her hard work and perseverance is starting to pay off.

“Riding is my absolute favourite thing in the world to do. There is nothing I love more than riding in a race, it is just the best feeling,” she said.

Leighton is hoping to add to her season tally at Tauranga on Saturday where she has seven rides, including last start winner Bella Dora in the Rhys Mischefski, Bayleys Whakatane Handicap (1400m), El Nymph in the Seeka Kiwifruit Cup (2100m), and Megeve in the Aongatete Avojects Handicap (1200m).

“I won on Bella Dora at Matamata and she has always shown a lot of ability,” Leighton said. “She took a couple of runs to put it together and at Matamata she got the job done.

“She is a really progressive filly and she has trained on well, so I am looking forward to her stepping out on Saturday.

“El Nymph is an awesome mare, she is really tough. I galloped her this morning and she has settled well and she is going along more like a distance horse now. I think she is a good chance in the Kiwifruit Cup.

“I am also excited about Megeve, she is my first ride for Peter and Dawn Williams.”