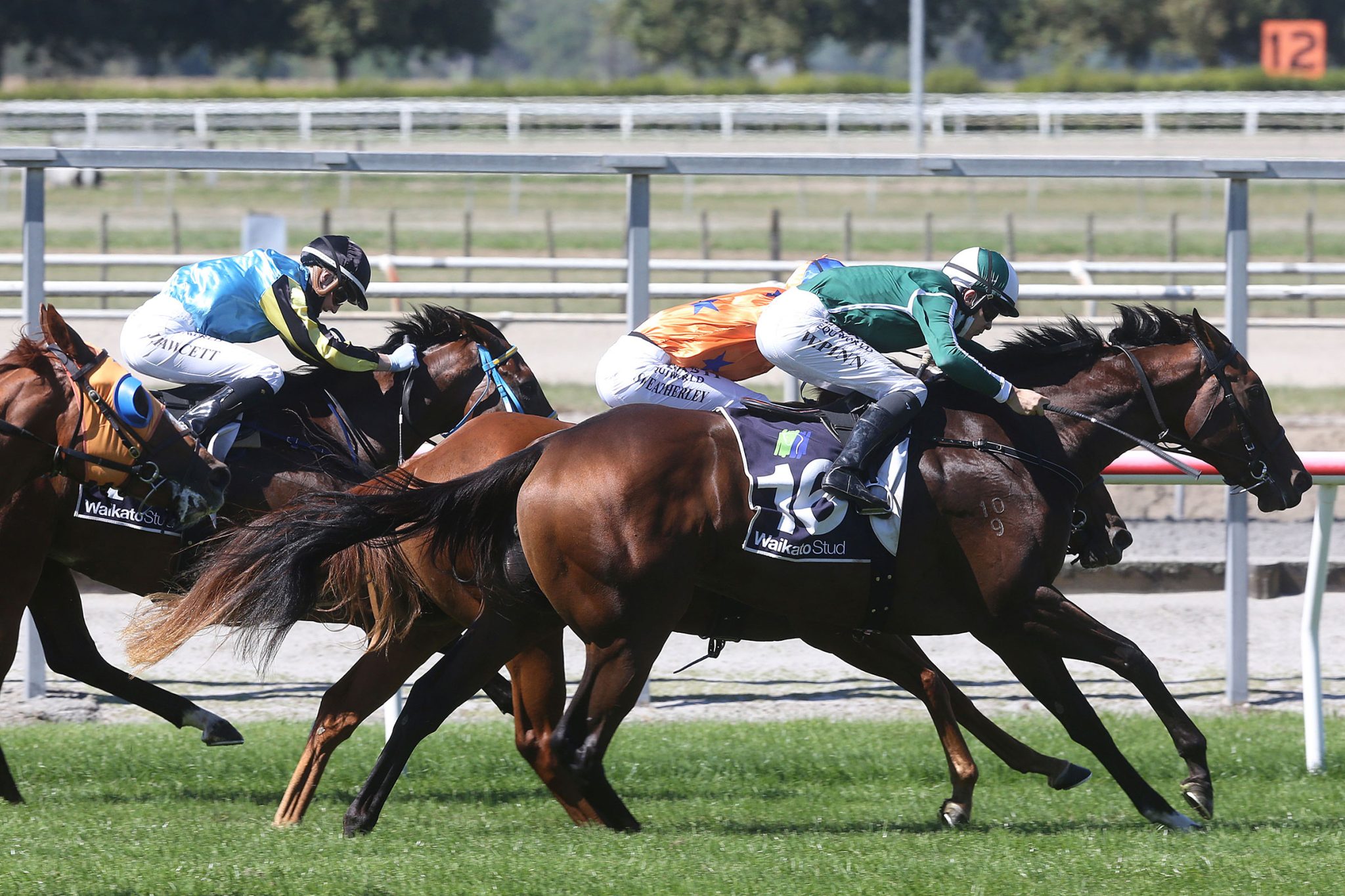 Promising New Zealand juvenile filly Enraptured looks to be on track for her first tilt at stakes level next week after pleasing co-trainer Shaune Ritchie with her track gallop at Te Rapa on Tuesday.

The daughter of Preferment is set to tackle the Listed Waikato Equine Veterinary Centre 2YO Stakes (1200m) at Te Rapa next Saturday and Ritchie said Tuesday’s work was ideal after winning on debut at Matamata last month.

“That was exactly what we wanted,” said Ritchie, who trains in partnership with Colm Murray.

“It is five weeks between runs, which is a little while, even for a two-year-old.

“We tipped her out for a few days (after her debut win) just to let her get out of the stable environment and relax out at the farm.

“She did particularly well and put a bit of weight on and in her gallop last week she had a bit of a blow.

“I rang Adrian (Clark, Challenge Syndications) and said we should perhaps trial her at Taupo today, but they moved those trials a week early and the polytrack (at Cambridge) is not really a track I want to be trialling her on.

“We came and had a look at the place (Te Rapa) where she will be racing, which is ideal, and she galloped very well.

“She has had a nice little look here, she stood in the stalls, and she will be here raceday and mimic the same environment we will see next week.

“It probably worked out ideal that she didn’t have that trial and that gallop was just perfect.”

Jockey Wiremu Pinn rode Enraptured in her debut victory and he was once again aboard at Te Rapa on Tuesday in her 1000m hit-out.

“She was really relaxed at the start and sat about a head off the other horse,” Pinn said.

“Coming up the straight she changed legs and really wanted to work keenly to the line. I was very happy with her.”

Clark purchased Enraptured for NZD$6,000 out of Milan Park’s Gavelhouse Plus Weanling Sale last year and Ritchie said Clark has developed a knack for identifying equine athletes at the lower end of the market.

“He is becoming a marvel at identifying horses that aren’t overly popular, paying next to nothing for them and getting incredible success on the racetrack,” Ritchie said.

Clark’s success has been headlined by Group 1 New Zealand Oaks (2400m) winner and Champion New Zealand Three-Year-Old Filly of her year Jennifer Eccles, who he bought as a weanling for NZD$5,000.

She was subsequently sold on Gavelhouse Plus for NZD$800,000.