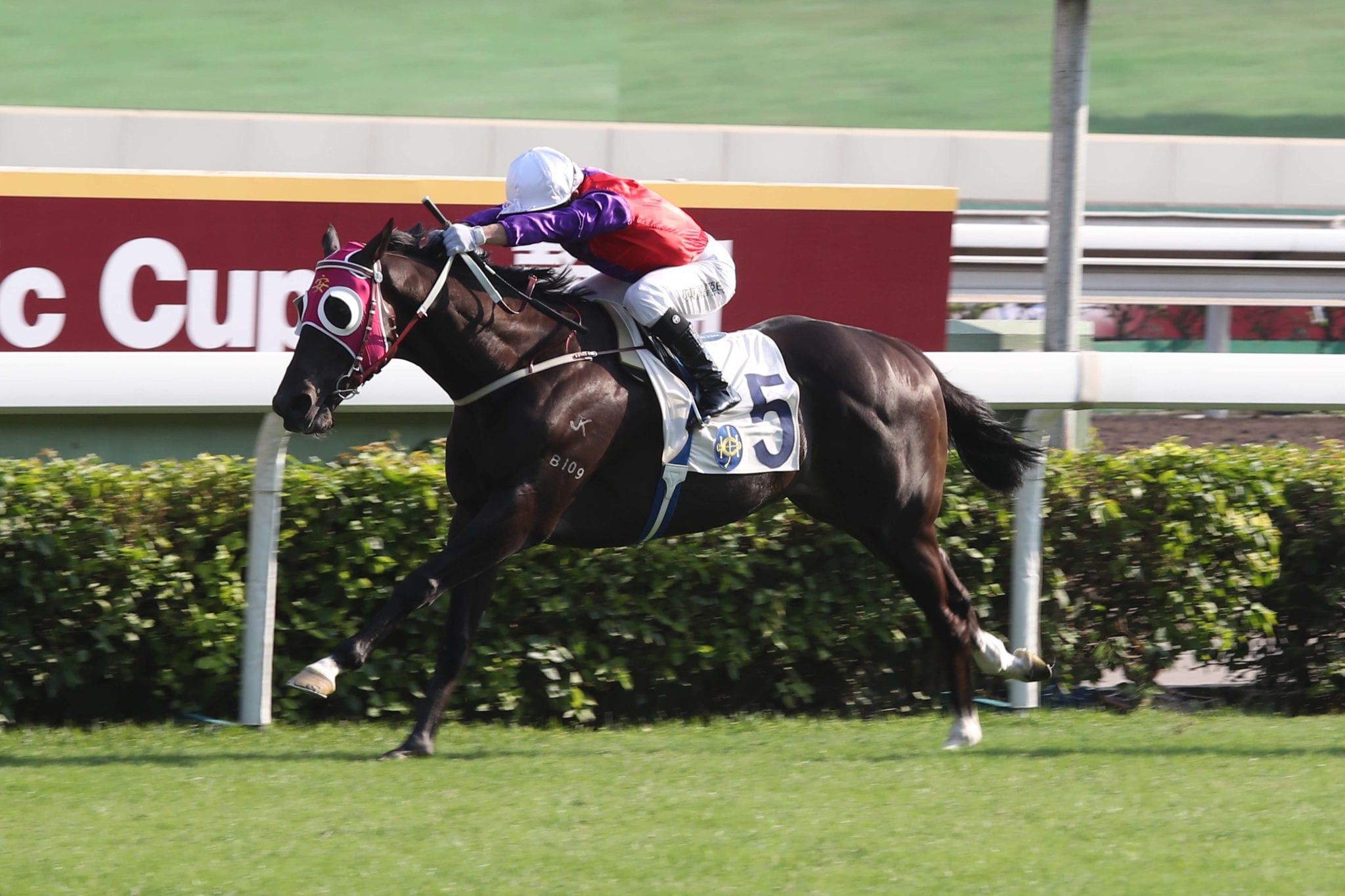 “I’m taken aback by that and the way he did it, breaking the track record, but I have a nice horse on my hands,” Moore said.

The six-year-old’s tenacious triumph ensured apprentice Alfred Chan enjoyed the biggest day of his young career. But the 10lb claimer did not enjoy the easy lead he had anticipated thanks to the close attention of Waldorf (113lb), who vied for the front under Keith Yeung.

“I thought about giving the lead to Waldorf but he was an outsider and I didn’t want to get trapped behind him,” Chan said.

Moore, watching from the stands, thought his in-form gelding’s chance had been blown by the attentions of the Tony Cruz-trained challenger.

“I was having a heart attack!” the trainer smiled. “When Waldorf went up and took him on, I thought he’d finish nowhere. It just shows the tenacity of the horse that he could keep up the gallop when Waldorf took him on and he had to keep going. It may have been the winning factor in the whole puzzle – or maybe he’s just in top form.

“I thought Good Standing was going to come and win it, I didn’t realise this horse would knuckle down like he did.”

Moore’s Good Standing (132lb), three lengths third at the turn for home, quickened with intent at the 300m mark but was unable to reel in the game victor.

The Redoute’s Choice gelding has won five of 11 starts for Moore since transferring from the Michael Freedman stable around this time last year.

“He’s like a real good bottle of Pétrus: leave it in the cellar for a few years and it really improves. He’s just improved with age – he was beaten by a potential Group horse in Golden Sixty last time,” Moore said.

“He was going to run in the Chevalier Cup later this month but it looks like he might be out of it now with whatever the handicapper gives him for this win, but the second will go there. We’ll look at the Group 3 on 1 January for Encouraging.”

Chan, beaming and acceding to requests for waves and thumbs-up salutes for the cameras, was delighted and impressed in equal doses.

“That was an impressive run, to go that quick, head-to-head with Waldorf – my thought was that he might not finish off but he proved himself. The time was really quick and he still stayed to the last – he won very well,” he said.

“It’s my first time winning a Cup race in Hong Kong so I have to thank Mr. Moore for supporting me – this is my first win for him and hopefully there’ll be many more to come. I’ll keep working hard and looking to improve; I do feel more comfortable out there now.”

Encouraging’s win was the latest success by a horse prepared at the Hong Kong Jockey Club’s Conghua Racecourse facility.