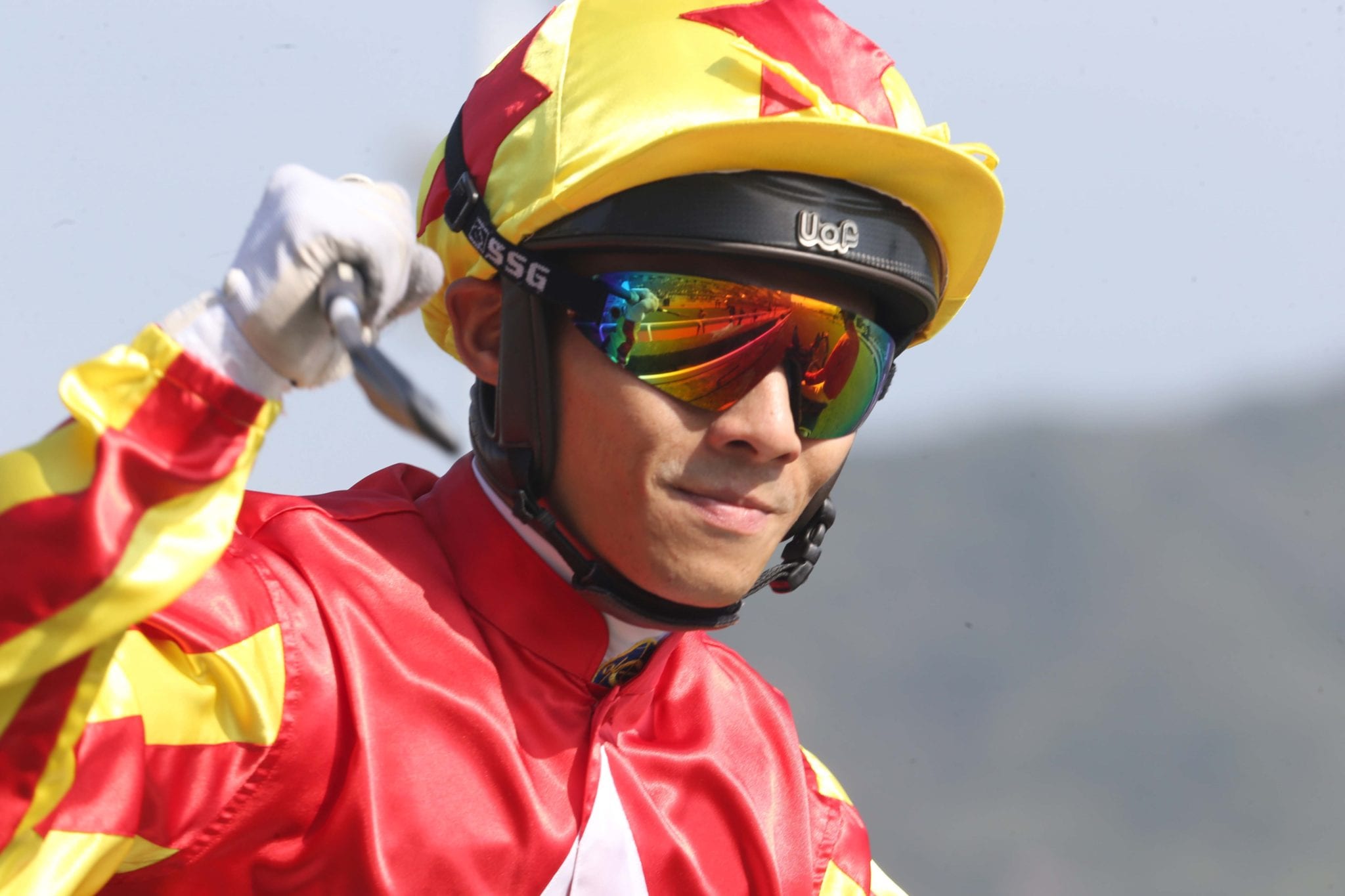 Exciting galloper High Rev faces nine rivals in the Class 3 Jaffe Handicap (1650m) at the city track on Wednesday night (6 November), including top-rated My Ally from the John Moore-stable. Apprentice Alfred Chan takes the ride on My Ally for the second time and is hoping to maintain a 100% winning record on the five-year-old.

Chan’s 10lb claim will be a welcome relief, reducing the gelding’s allotted 133lb to 123lb in the night’s seventh of nine contests.

“I see him as a chance,” the rider said. “His last two runs were at 1200 metres and he’s shown early speed even at that shorter distance, so the 1650 should not be a problem.

“Unluckily, he’s drawn nine, but there are not many natural leaders in the race so I should be able to get him to the lead.”

My Ally was under trainer Michael Chang’s care when Chan steered him to success at the end of last season and Moore is more than happy to utilise the apprentice, who is seeking a first win for the stable after 12 rides in total.

“They went pretty quick in the 1200 (metres) race the other day and I think it gassed My Ally,” the trainer said. “The way the race was run, I don’t think it suited him so that’s why we’ve gone to the mile with Alfie Chan back on, in the hope that he gets a softer lead than last time.”

Chan is riding at a 50% place strike rate for the stable this term after six rides, and took third atop Beauty Charisma (124lb) at the Valley last month. Moore is entrusting that speedster to Chan’s hands again in the Class 3 Lockhart Handicap (1000m).

“Beauty Charisma is a bit of a short runner and he had all the favours the other day with the weight and the gate and he ran a place,” Moore said.

“Alfie’s doing ok, so from the point of view of a horse that suits his style of riding, on-speed, I think he’s there with a live chance on My Ally and with Beauty Charisma, we’ll see what happens. I do like to use him to give the horse some relief in the weights, but I do also take into consideration the running style of horses and whether his style will suit them.”

Chan has a respectable six wins on the board this season for a Hong Kong career total of 15 since returning from his overseas training last spring.

“So far it’s going well but I should pick up some more winners,” he said. “I was pleased to ride another winner for Douglas Whyte last weekend, he’s put me on three times and I’ve had a good result with two winners. He’s taught me a bit about racing so hopefully I can get more rides from him and keep learning from everyone. I’m improving a bit but I’m always looking to pick up more improvement.”