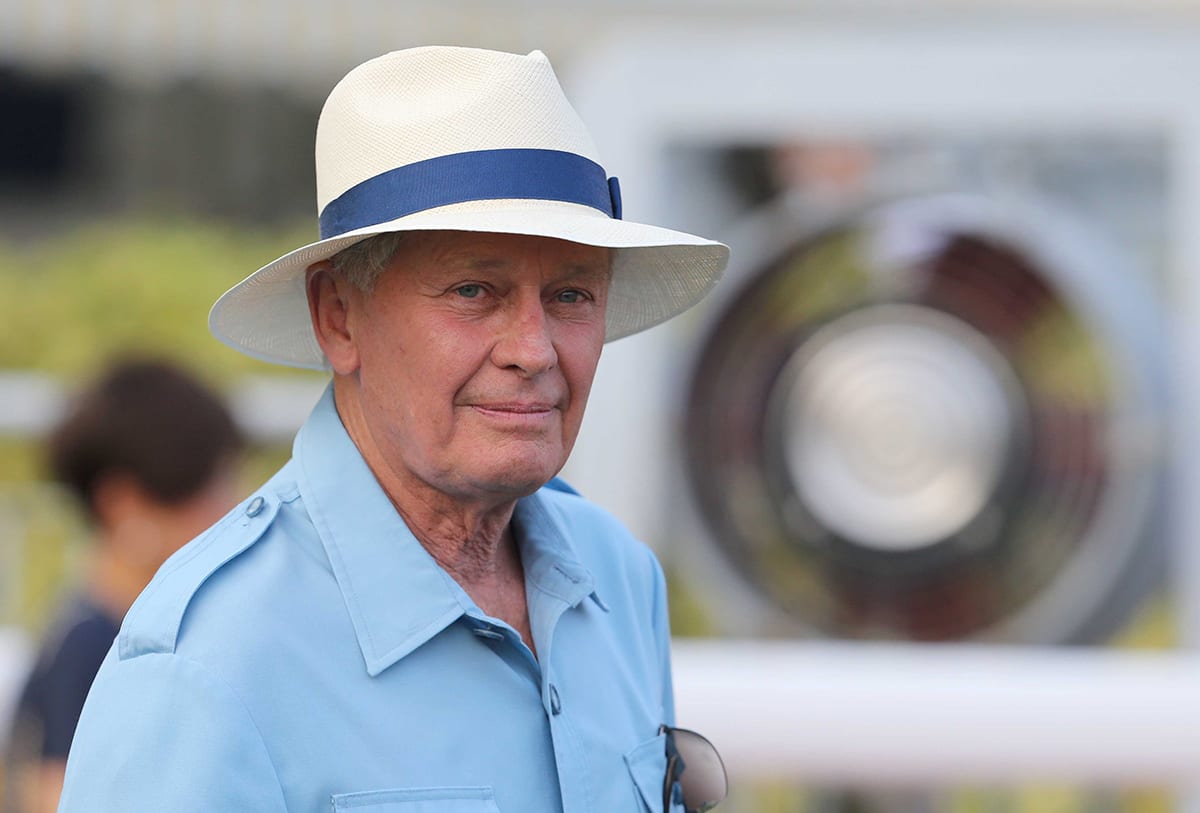 “I was very impressed with him in his Hong Kong debut, he lived up to expectations in the sense that he ran very well at the Gold Coast pre-import when he won the Group 3 Ken Russell Memorial Classic (1200m), so we knew that he was talented before he arrived here,” Moore said.

The Not A Single Doubt gelding won three races pre-import, and, prior to his Group 3 win, was a closing fourth behind Bivouac, who boosted that form subsequently with a win the Group 1 Golden Rose and second-place in the Group 1 Coolmore Stud Stakes last month at Flemington.

Moore has been pleased with the colt’s attitude since arriving in August and was satisfied with his pre-race gallop on Monday (16 December).

“He ran 47 seconds down the back straight yesterday morning and he gave Matthew (Chadwick) a very good feel,” the seven-time champion trainer said.

“He’s a very easy horse to train, he’s still an entire but he’s very laidback and he just does what he needs to do, so from that point of view everything has gone to plan so far with him.

“He’s up to Class 2 now off a rating of 81, he has the lightweight, a good gate on the C+3 course where he should get the gun run on the speed. He’s a horse to reckon with.”

Chadwick will be back in the plate for Wednesday’s class-rising assignment.

“His debut run was nice, he carried top-weight and he held on nicely for second,” the jockey said

“He seems like he knows what he’s doing; he’s got ability we just have to see how he steps out at Happy Valley. 1200 (metres) second-up, it’s definitely interesting – he’s trialled well there so it looks a positive, although he is still learning about the environment but he’s a handy horse.”

The Cruz galloper will make his Happy Valley debut following five wins over 1000m at Sha Tin. His only two starts at 1200m saw him finish 11th.

“He trialled at the Valley last month and he’s always gone well (when he has trialled) there, so it’ll be interesting to see how he goes,” said jockey Karis Teetan, who has a three from seven record on the five-year-old.

“I think the Happy Valley 1200 (metres) compared to a Sha Tin 1000 (metres) are too different things but I think the 1200 (metres) at the Valley for a horse like him, might just see him get a breather if he can find the lead, and from there they can find an extra gear towards the end, so I think it’s worth trying.”

Moore and Chadwick have combined once this season from 11 attempts and will be looking to improve that figure when they also team up with Happy Warrior (114lb) in the Class 3 Venus Handicap (Section 2, Race 4).

“When he got off the float yesterday and I had a good look at him – he looked an absolute treat!” Moore said of the Conghua-based galloper.

“He’s doing everything right, he’s come back from China and he’s drawn very well, so he’ll settle somewhere three back on the fence and I believe he’ll be right there in the finish.”

“Shouson’s in great form but he just draws poor gates,” he said. “With My Ally I’ve brought him back to 1200 (metres) because I think 1200 (metres) is preferable to 1400 (metres). I think the mile, that day when he won, he had a soft lead, a 10lb apprentice carrying a postage stamp and that’s how he got away with it!” Moore said.

“It’s got to be luck in running for them.”