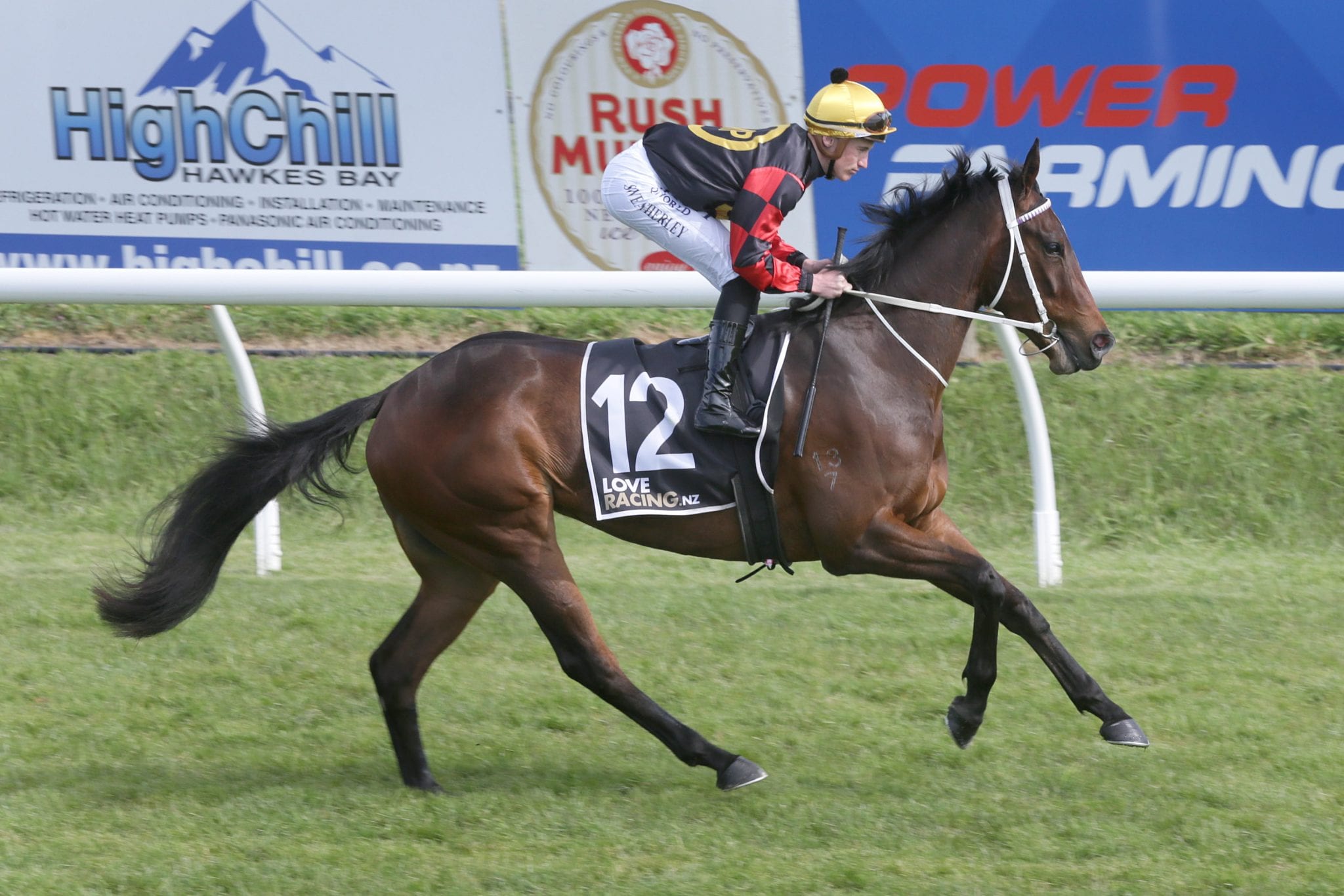 Chad Ormsby has no doubt that promising filly Moana has returned from a spring spell a far superior version of her previous self. The Waikato trainer will produce the Ocean Park filly in Saturday’s Group 3 Mitchell Family Bonecrusher Stakes (1400m) at Ellerslie in her first start since a luckless third in the Group 2 Hawke’s Bay Guineas (1400m) at Hastings at the beginning of October.

She was denied clear running that day but still only went down a nose and a head at the hands of Aegon and Bourbonaire, three-year-olds that subsequently ran the quinella of the Group 1 New Zealand 2000 Guineas (1600m) at Riccarton last month. “Every man in Australasia saw that she should have probably beaten them both,” Ormsby said. “She had two weeks out after that race and even in that time, she put on 50 kilos and has strengthened a lot. She’s improved and she’s turning into a real racehorse. She feels amazing and her demeanour has improved. She means business now.”

Moana trialled at Ellerslie last month and won her 900m heat by 2-1/2 lengths without being fully extended and her gallop at Cambridge on Tuesday morning impressed all those looking on. “I couldn’t be happier with the way she worked. I can’t really fault her going into the weekend,” Ormsby said. “Her trial was just to bring her on and improve her fitness. It was still a month away from our first target but it was good to get her out, stretch her legs and give her a nice hit-out.

“There’s no real trick to her. She’s got most things covered. It doesn’t matter where she lands in a race because she’s comfortable racing on speed and if she ends up back, she’s got that amazing turn of foot. “She’s not screwed down because there are some nice races coming up over Christmas for her but her ability is going to take her a long way. I expect her to run well.”

Bred by Tony Rider, who races her with Richard Fisher and Kim Radisich, Moana is likely to tackle the Group 2 Jamieson Park Eight Carat Classic (1600m) at Ellerslie on Boxing Day and will have no problems getting up over 2000m and even further, Ormsby said, adding that he expected her long-term future to lie in Australia.

TAB bookmakers have installed maiden galloper Moana as a $3.50 favourite for the Bonecrusher Stakes, ahead of two-win gallopers Jason Belltree at $3.80 and Perfect Scenario at $6.50.

Success for Moana would cap a memorable week for Ormsby, who produced Najah for a brilliant four-length maiden win at Rotorua on Wednesday. “She beat Moana home in their first race and it’s Miss Aotearoa form which has been strong right through the spring,” Ormsby said, adding that Power filly Najah could now step up to stakes level in the Listed Shaw’s Wire Ropes Uncle Remus Stakes (1400m) at Ellerslie on Boxing Day.

Ormsby, whose Riverrock Farm enjoyed a successful Ready To Run Sale at Karaka last month, has become an advocate of Cambridge’s new all-weather track, opting to head there for his fast work now. “I’ve just started to go to Cambridge. It’s closer to our stables than Matamata and I was keen on using the new all-weather track. I didn’t really like it the first time I rode on it but then it got some decent rain and they did some work on softening it up and it’s beautiful now.”

Currently sitting out a six-day suspension from his role as a jockey, Ormsby will return to the saddle at Tauranga next Friday and has secured the ride on last-start Listed Feilding Gold Cup (2100m) winner Mohaka in Saturday week’s Group 2 Cal Isuzu Stakes (1600m) at Te Rapa. “I’m looking forward to riding Mohaka. She’s really hit form and (trainers) Guy Lowry and Grant Cullen don’t tend to bring horses up unless they really think they can be competitive,” Ormsby said.