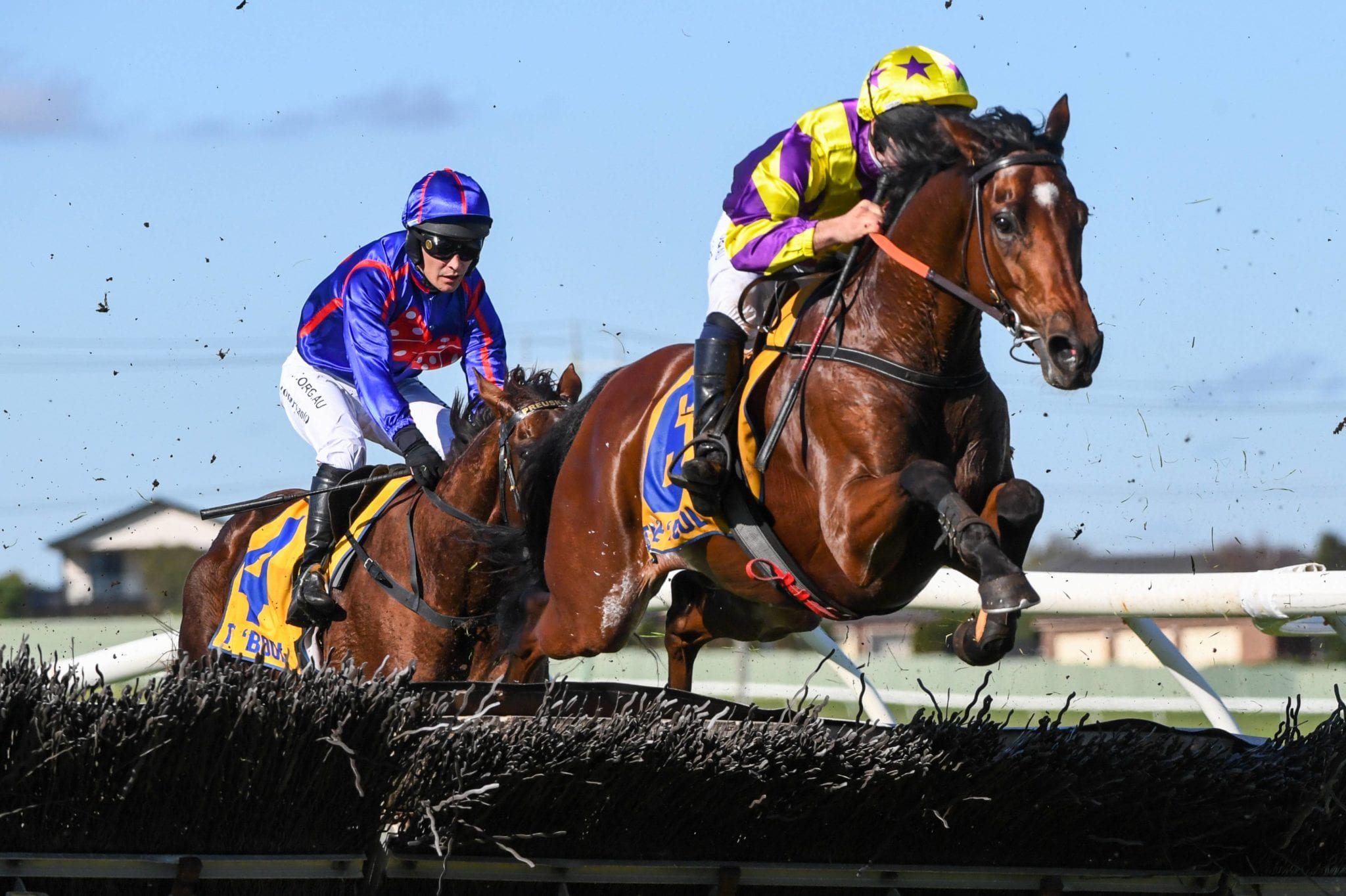 It’s always great when a plan comes to fruition, especially one that was made six months ago. New Zealand has been a great supplier of quality horses for Victorian trainer Henry Dwyer and last November he once again identified a horse he thought had plenty of promise for Australia’s jumping scene.

Riding High was a two-win son of under-rated stallion Raise The Flag and Dwyer believed the gelding would suit a jumping career across the Tasman. A major selling point for Dwyer was Riding High’s sire, Raise The Flag. “The first thing that aroused our interest in Riding High as a jumping prospect was his sire, Raise the Flag,” Dwyer said. “You wouldn’t find a better bred horse, being a half-brother to Champion Stallions Dansili and Champs Elysses as well as Champion Racemares Intercontinental and Banks Hill.

“Raise the Flag found a home at White Robe Lodge, deep in the South Island of New Zealand, where horses are broken in when they’re three and given all the time in the world to develop and mature. The end result being incredibly sound, tough older horses that race on year after year. “He (Raise The Flag) produces incredibly sound, tough, dour horses and seemingly the harder you work them the better they go.”

Dwyer was able to secure Riding High off his co-trainer and co-owner Brian Anderton for $40,000 and immediately circled the Novice Hurdle (3200m) at Warrnambool’s May Carnival as his first major target. “While his (New Zealand) form didn’t immediately jump off the page as a high-class jumping prospect, there’s a number of reasons why we identified him as our next potential top- liner,” Dwyer said. “At NZ$40,000 we were happy to take the punt.”

Riding High was unplaced in his first two starts in Australia, however, he saluted the judge in his next two appearances over 2000m. Dwyer’s judgment was justified at Pakenham last month when Riding High won his jumping debut in the Maiden Hurdle (3200m). The six-year-old gelding then fulfilled Dwyer’s vision when lining up in the Novice Hurdle (3200m) at Warrnambool on Tuesday and duly won, leading home a Kiwi-bred trifecta, with Diamond Star Halo 0.3 length off the winner, and Flying Agent a further length back in third.

“We have always said he would make a steeplechaser. He is still a bit careful of the jumps, he certainly wasn’t making any ground at the jumps, if anything he lost a length or two at each one,” Dwyer said. “Just his superior staying ability at the end of it (was what won the race). Tom (Thomas Sadler, jockey) did the right thing and switched him back to the inside.”

Dwyer was delighted with the win and is now eyeing some loftier targets with his promising jumper. “He’s just a typical, South Island, White Robe Lodge-bred horse,” Dwyer said. “He just relaxes in his runs and stays all day. “We have always had a view to chase him next year and whatever he did this year was a bonus. “He has been in work since late last year, so we will just play it as it comes. You would think a logical race for him would be the Australian Hurdle, but we will just see how it unfolds.”