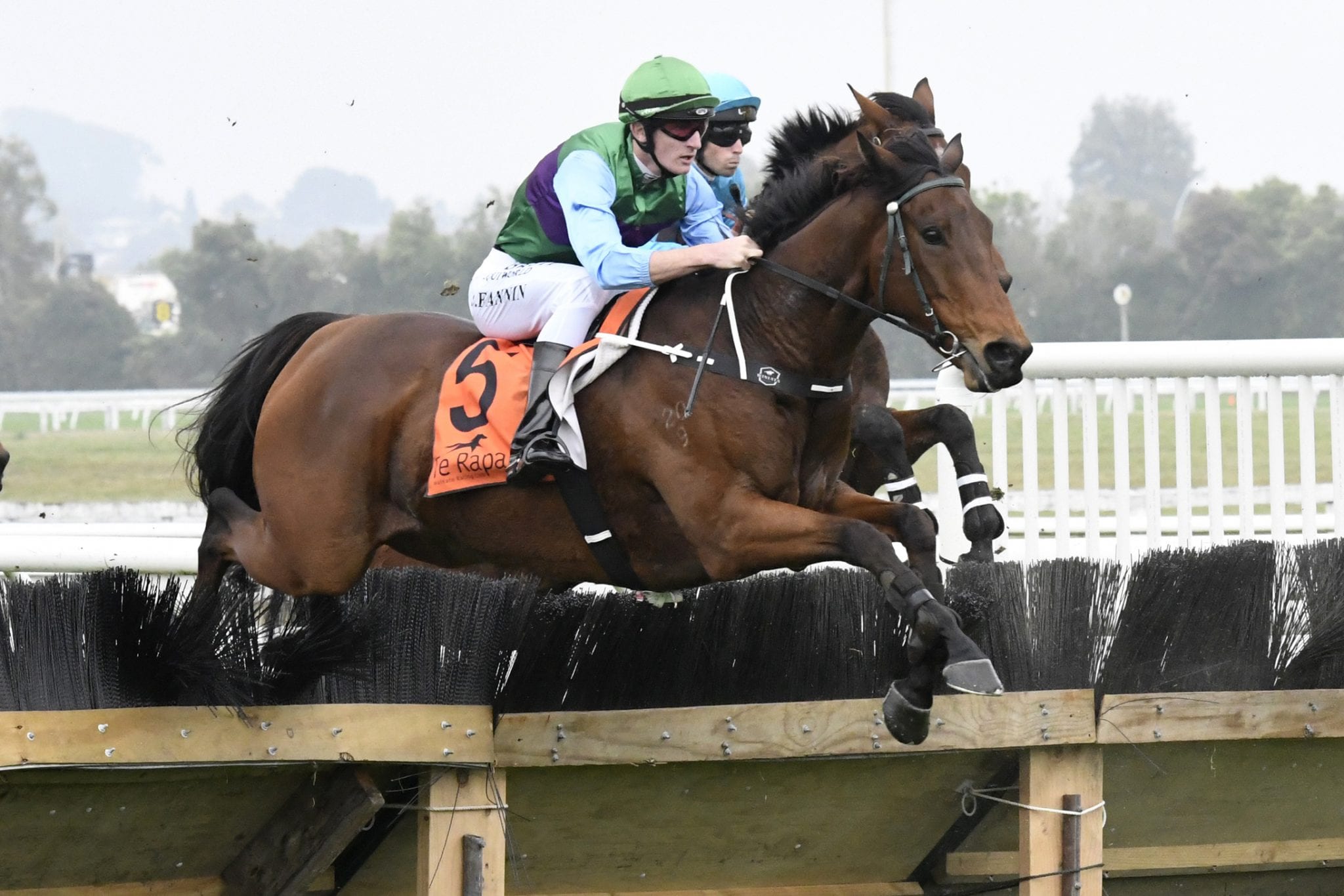 Prominent jumps jockey Shaun Fannin has no doubt Duffers Creek could be the horse to provide him with further highlights.

The 23-year-old was New Zealand’s champion jumps jockey three seasons ago when his association with trainer Kevin Myers resulted in the pair dominating the scene and Fannin going from registering nine jumps wins the previous season to an incredible 25 wins, nine more than his closest rival on the table.

Fannin went on to 11 jumps wins two seasons ago and finish third on the list behind Aaron Kuru (20), then last term setbacks resulted in just six victories over fences.

While he has no grand illusions of repeating his amazing 2015-16 feat, Fannin knows he’s in the right camp to get the opportunities to succeed and with horses like Duffers Creek to ride it’s an exciting time for him.
‘’Everything fell into place in that 2015-16 season,’’ he said. ‘’It was a time when Kevin’s younger horses were all coming through and peaking. ‘’You can never count on things like that with the attrition rate with jumpers. So much can go wrong. ‘’But I’m really looking forward to this year. I’ve been schooling some nice types and if things go right they should do well.’’

Fannin has started the jumps year off well with two wins from five jumps rides, the first on I’ve Got This in an open steeplechase at Wanganui last week for Myers, and the other win of Duffers Creek last Saturday at Te Rapa was a bit special. Though he had ridden Duffers Creek in schooling and point-to-points, Fannin was on him for the first time on raceday. ‘’He’s pretty much a family pet as he’s been around the stable (Kevin Myers’) for so many years now,’’ Fannin said of the nine-year-old. ‘’He just cruises along and he’s so versatile. He goes on soft ground and good ground. ‘’He’s by far the most exciting jumper I’ve been on for a while.’’

After earning more than $250,000 on the flat, Myers decided it was time to try Duffers Creek over fences on raceday and his flat ability combined with his jumps reputation led to him being installed a $1.70 favourite. He lived up to expectations with a four and a quarter-length win and Fannin can see so much improvement in him. ‘’He’d been jumping for two or three years, like Kevin does with his horses, and I was confident he would win,’’ Fannin said. ‘’There wasn’t a lot of pace on and he was travelling too strong down the back so I let him go. In open company where there would be more speed and the pace more fluent, that will help him.’’

Fannin is currently sitting third on this season’s Jumps Jockeys Premiership with eight wins, two behind the leader, Buddy Lammas, and he will be out to close the gap on Saturday week at Te Rapa in his next jumps assignments.

Meanwhile, on Tuesday he was kept busy at the Levin point-to-point riding in 10 of the 13 heats. ‘’I rode some promising ones, including Lovetokeephim for Kim Clapperton,’’ he said. “He’s done a fair bit of schooling and he went lovely.’’

Fannin is yet to confirm his rides for the two Te Rapa features, the Waikato Steeplechase (3900m) and the Waikato Hurdles (3200m), leaving that up to what Myers plans to start. ‘’Kevin has got runners at Woodville on Thursday and he’ll see how they go before making the final call,’’ Fannin said. ‘’I’m riding Class Above and Katiem Marie for him in the highweights. ‘’Kevin hasn’t told me yet where Duffers Creek is going next. Maybe it will be the Waikato Hurdles.’’

With 60 of his 75 wins coming on Myers runners, Fannin has good reason to go with whatever the Wanganui master horseman suggests he should ride. Those wins for Myers include the 2016 Pakuranga Hunt Cup (4900m)- Great Northern Steeples (6400m) double at Ellerslie on Kick Back and the 2016 Grand National Hurdles (4200m) at Riccarton on Ngaio. ‘’Winning the Great Northern was my biggest thrill. Nothing beats that,’’ Fannin said. ‘’The race I want to win now is the Grand National Steeplechase at Riccarton.’’