Myers and Fannin unstoppable at Awapuni 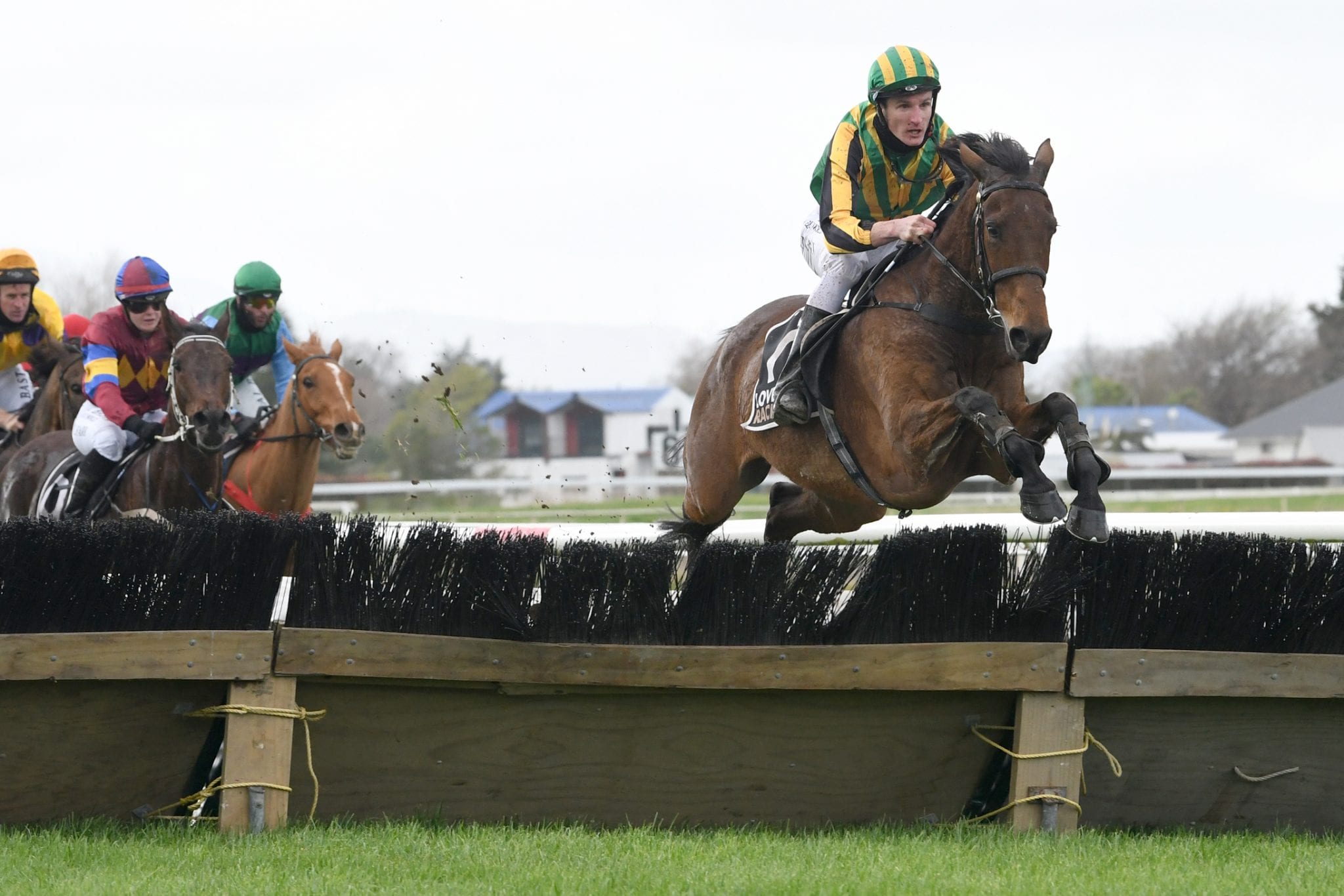 The Kevin Myers and Shaun Fannin combination proved nigh on impossible to beat over fences at Awapuni on Saturday when they took out four of the five jumping events including the two feature contests with Aigne winning the Manawatu ITM Awapuni Hurdles (2900m) before Game Percy added a second LJ Hooker Manawatu Steeplechase (4400m) to his record after success in the 2018 edition of the event.

Fannin had produced perfectly judged rides aboard Interllectus and Locharburn to guide them to their maiden hurdle wins earlier in the day and was at his brilliant best aboard Sufficient gelding Aigne who has now won three of his four hurdle starts along with another five on the flat. Fannin positioned Aigne at the rear of the field before moving into contention at the 600m. Aigne jumped superbly throughout and flew the last fence as he raced away from his rivals to score untouched by five and a half lengths for owner Neil O’Dowd.

O’Dowd, who until this season trained Aigne, was watching the race at home and was blown away by the ease of the victory. “That was some sort of win and he just seemed to do it so easily,” he said. “My daughter was watching and she said it looked like he was out for a Sunday stroll. “Kevin is doing a super job with him and I think with the mileage he has under his belt now, it is really starting to show in the way he can settle in his races and then produce those sustained efforts.”

O’Dowd took Aigne to Australia to contest the A$300,000 Jericho Cup (4600m) at Warrnambool last December, where he finished a meritorious sixth behind fellow Kiwi-bred runner Ablaze and would dearly love to see his charge go back for another tilt at the unique event this year.

“We went to the Jericho Cup last year after he qualified at New Plymouth and I would just love to see him do that again,” he said. “Kevin has had the Jericho in his mind as well but I did say to him we should concentrate on New Zealand first before thinking about that one. “I’m not sure the exact programme he has in mind but I would think he will have one or two more jumping starts before tackling the Jericho Cup qualifier at New Plymouth later on in September.”

Fannin produced a carbon copy of his Aigne ride aboard Game Percy in the feature steeplechase, settling well back in the early rush before slowly improving into a challenging position. Race favourite Des De Jeu looked to have his rivals in trouble as he rounded the home turn in front but he had raced keenly throughout and that took its toll in the final stages as Game Percy dashed away on the flat to register career victory number four after being off the scene for over two years due to injury issues.

Game Percy carries the familiar colours of Dr John Bowbyes and his wife Di who have had a number of top gallopers over the years including quality stayer Megablast, who numbered the Group 2 Easter Handicap (1600m) and the Listed Caloundra Cup (2400m) amongst his ten career victories.