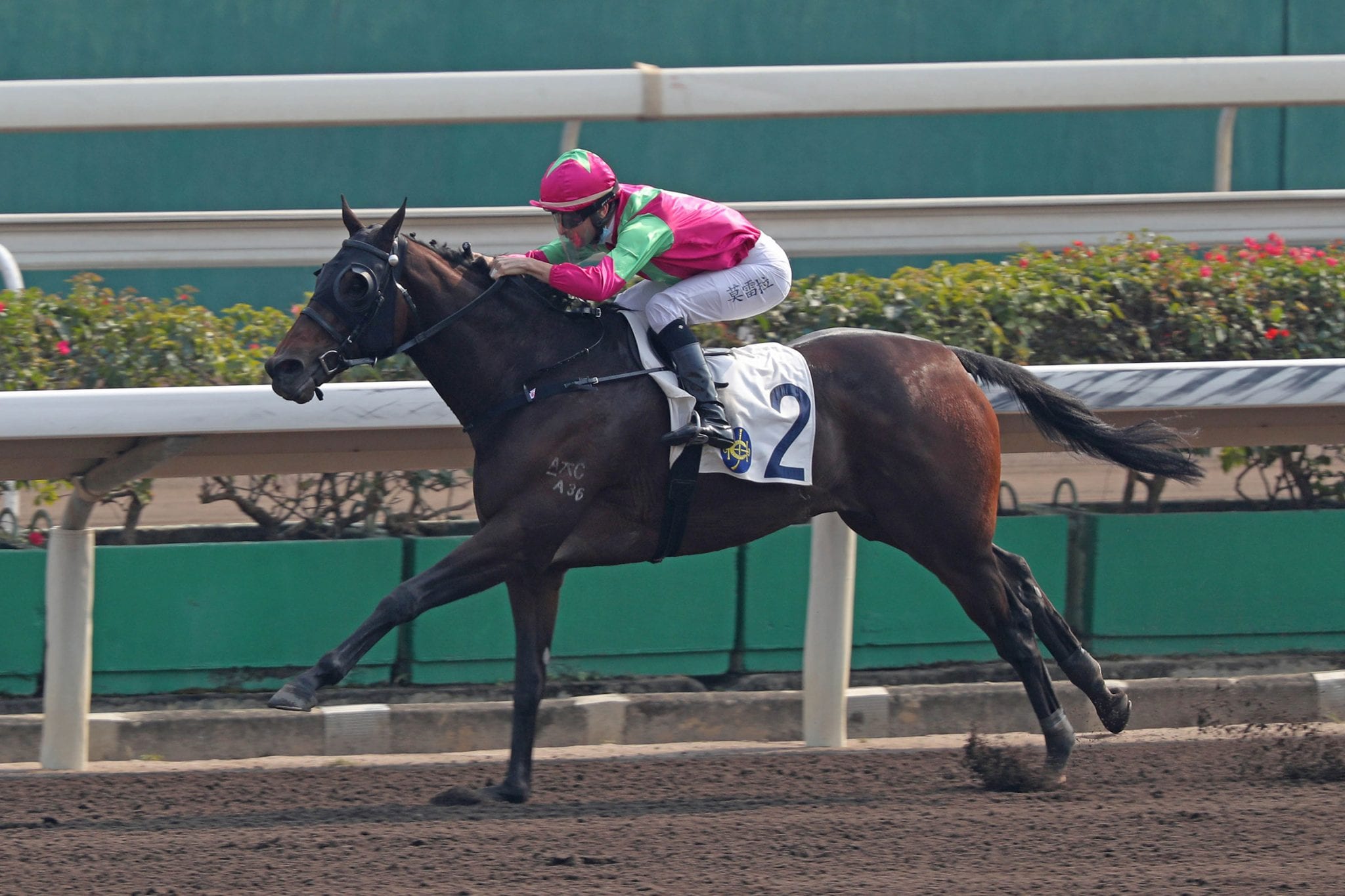 The US$20 million Saudi Cup in Riyadh remains Millard’s preference for Elusive State despite the winner of Sunday’s Class 1 Egret Handicap (1650m) not being among the original entries for the world’s richest race.

Millard is keen to contest the US$12 million Dubai World Cup (2000m) on dirt at Meydan on 27 March but would clearly prefer the Saudi Cup on 20 February in Riyadh, where a late entry fee of US$200,000 is required to compete.

“One would have liked to have gone to Saudi Arabia – the Saudi Cup would have been his race over 1800m and that would be the actual race for him,” Millard said before referencing significant obstacles surrounding travel from Hong Kong to Riyadh.

Millard is confident Elusive State would contend regardless of where the All American gelding heads next after Joao Moreira unfurled a supreme tactical ride on the dirt specialist.

“Quite clearly, he gave them a galloping lesson here today because it (the race pattern) wasn’t what we wanted,” Millard said.

“On the back of this, we’ll be definitely be going for the World Cup instead of the Group 2 Godolphin Mile because Joao feels that with him losing his early speed, he reckons that will be the right race for him.

“I don’t think he could have had a better run in than this – I’m quite excited. I think he’s going to be a big runner.

“It’s taken a bit of time to get him back into form. Last year, we had hardly raced him and then with Dubai coming and going (traveling to Dubai before the carnival was abandoned because of COVID-19), it really upset the apple cart.

“It took me time just to get him back into it. Of course, when you run him on grass, you see nothing. Any good dirt horse, they’re not in that Group 1 league.

“I always knew he was that good and when Joao took it up there to go in front, that’s why he’s a champion – he saw where he was, in a hopeless position. That’s the class of the horse, although we changed the tactics, he still kicked on.

“It’s just lovely to have a horse like this and also to have a dream – that’s what it’s all about.”

The most impressive aspect about Elusive State’s eighth Hong Kong victory was his effort to quicken twice – once to surge mid-race from the tail of the field to eyeball favourite Kings Shield before accelerating again in the final straight to down Encore Boy and Red Desert.