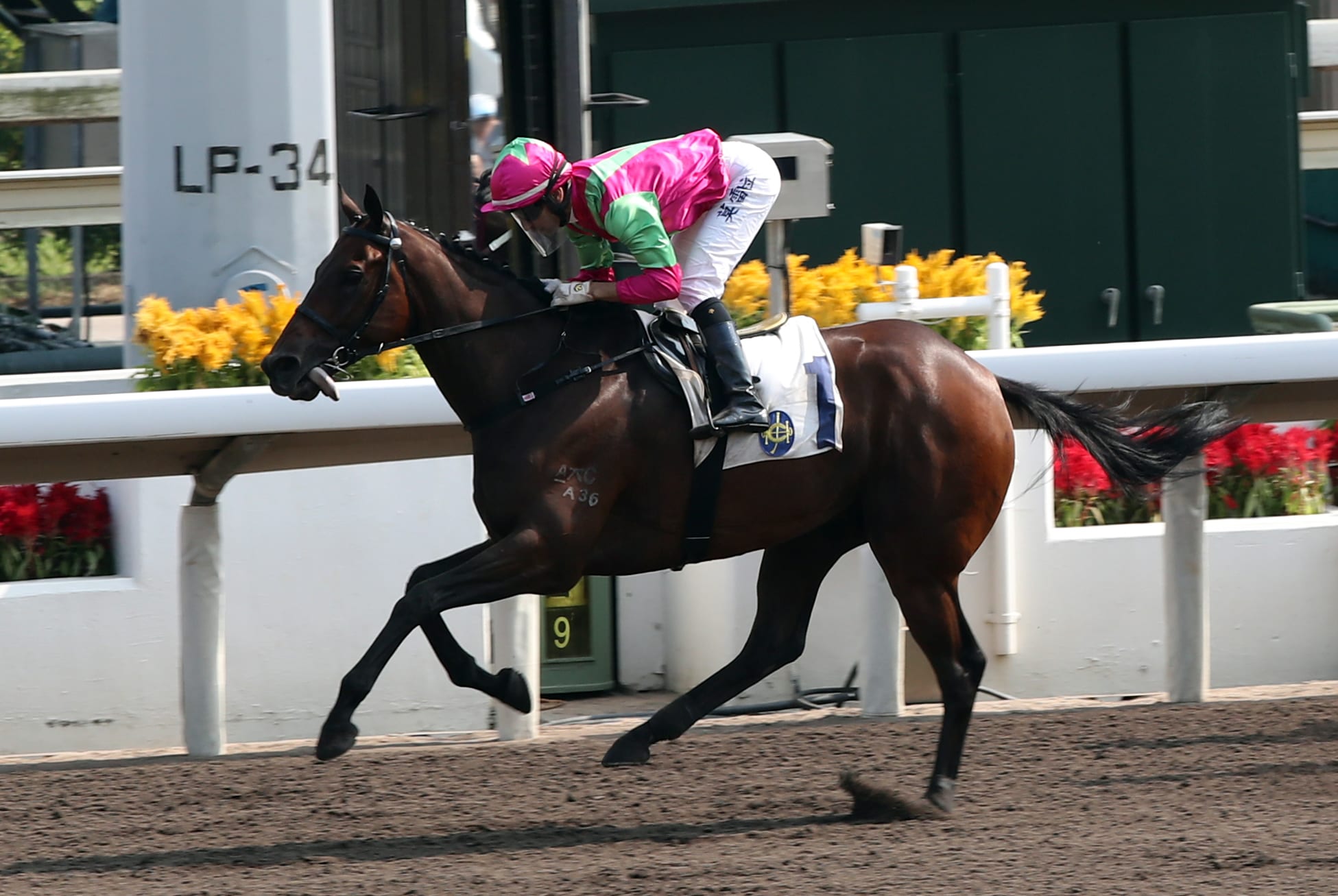 Elusive State (133lb) returns to his happy hunting ground tonight (Wednesday, 4 November) when he steps on to the Sha Tin all-weather track for the Class 2 Hebe Hill Handicap (1650m), seeking a seventh success on the surface.

The All American gelding was forced to mix it in Group races on turf last season after one win and two second-place finishes from only three outings on his favourite surface during that campaign. But trainer Tony Millard has laced any optimism with prudent caution after his charge’s first-up 11th in the Group 3 Celebration Cup Handicap (1400m, turf) last time, behind Golden Sixty and co.

“There are a couple of smart horses in there and there are a lot of dirt specialists in there, too,” Millard said. “He’s carrying a mountain on his back as well, so we’ll have to see how he goes – he needs a bit of luck.

“We gave him one run because he hasn’t run for so long – which he needed – and now he’s trialled nicely so we can go forward, although these horses don’t get any younger – but what we saw in his latest barrier trial, he was pretty competitive.”

French ace Alexis Badel, who has paired with the galloper in both of his trials, will be in the plate for Wednesday’s contest.

“He’s been very satisfying,” Badel said. “The horse is a good horse, he’s a dirt specialist so I’m very happy to sit on him and it seems to me that he is in good form and his last two trials have been very strong.”

Elusive State has five wins from 13 starts for Millard and sits on a mark of 102, 45 points higher than when the South African handler acquired the gelding as a stable transfer at the beginning of the 2018/19 racing season.

“He’s a dirt specialist and he probably always works well on the surface – his last trial was pretty handy, it wasn’t too hard and he responded pretty well,” Badel said.

“He’s been working beautifully so I hope even with top weight that he can come back to his best on this occasion.”

The seven-year-old bay steps out against a field of 11 others including several fellow dirt maestros such as the Frankie Lor-trained duo Kings Shield (129lb) and Glorious Artist (116lb), fourth in the 2019 KOR Group 1 Korea Cup (1800m, sand), as well as trainer Michael Chang’s two-time dirt winner Righteous Doctrine (119lb).

Zac Purton is out to maintain his 100% strike rate aboard Kings Shield who is a two-time course and distance winner. His latest success, with Purton aboard, was a commanding two and a half-length score.

“The track and distance suits, he has a little bit of an awkward gate but we know he likes to race forward, so if he can get out and into a nice spot, we’ll take it from there,” Purton said.

The gelding finished fifth in the Group 1 St. James’s Palace Stakes (1594m) at Royal Ascot pre-import when under the care of trainer John Gosden in Great Britain.

“Everything is good, it’s only the draw which is an issue. His best form is on the dirt so this is his target race,” Lor said.

Lor is no stranger to travelling overseas, having campaigned in Korea previously and he has the door ajar for a possible campaign away with the Scat Daddy five-year-old.

“I will talk to the owner and we don’t know with the virus at the moment, and after this race we still need to race him because we can’t put him away, but at this moment we’d look at Dubai,” Lor said.

A Dubai target didn’t quite come off for Elusive State last season with the event called off due to the COVID-19 pandemic, after the horse had arrived at Meydan, but Millard hasn’t ruled out another trip abroad. Connections are considering the US$20 million Saudi Cup (1800m) at King Abdulaziz Racecourse in Riyadh, Saudi Arabia on 20 February, 2021 as a potential long-term target.

“I had him really well for Dubai but that didn’t eventuate with the World Cup Carnival going south, so that was a problem,” Millard said. “He needs to get some form and hopefully we can go to Saudi but the horse has got to have proper form.”

Millard also has last-start winner Resolute engaged on the midweek card in section two of the Class 4 Tin Ha Shan Handicap (1200m) with jockey Karis Teetan in the plate.

“He’s got a lot of early speed which helps him, especially on the dirt,” Millard said.