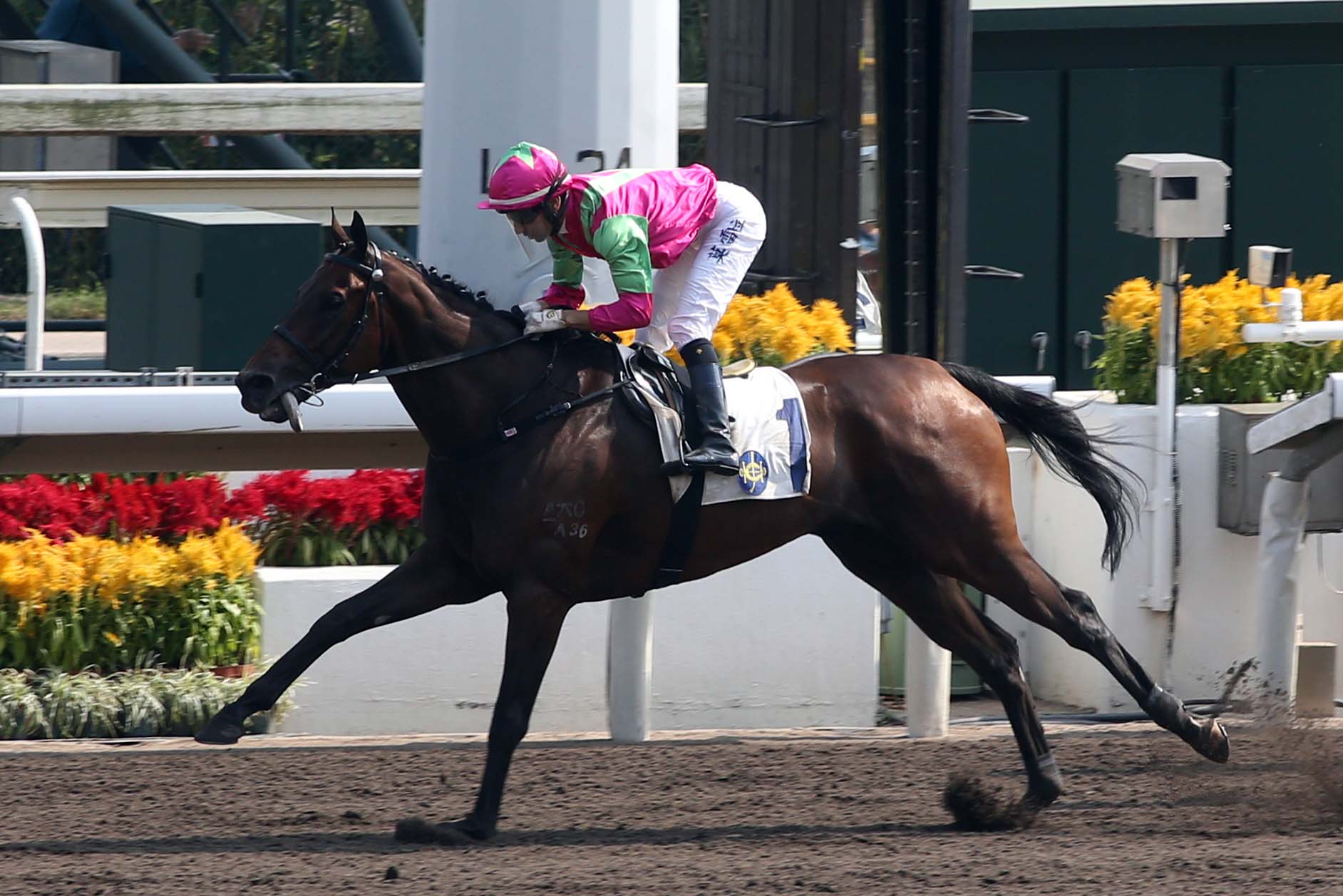 “He’s going well – I’ve given him a good preparation and we’ve given him a couple of runs this time because last year he didn’t race much,” trainer Tony Millard said. “We’ve given him those runs on the grass and he’s just not a grass horse at all, especially in the league he is having to run in – he’s been in Group 1 races and that’s a bit tough for him.”

Three of this weekend’s races will be contested on the all-weather (dirt) surface Elusive State so relishes – he is a six-time course and distance winner – and the South African handler reports that he is in good order for his second start at the track and trip this term.

“I think I’ve got him better now because I have stripped off a bit of weight, I had him a little bit big because he tended to put on weight and because there were such long breaks between the races, but he’s got top weight this time, we’ve got Joao (Moreira) on and we need a bit of luck,” Millard said.

The All American gelding was forced to mix it in Group races on turf last season with his then triple figure rating, but this weekend will look to enhance his remarkable record on the dirt, and does so off the back of an impressive trial nine days ago.

“The trial was very good – I just have to get him back on race day like that and he’ll go very close,” Millard said.

A Dubai target didn’t quite come off for Elusive State last season with the Dubai World Cup Carnival’s cancellation due to the COVID-19 pandemic after the horse had arrived at Meydan, but Millard isn’t about to quash a second try abroad for his dirt maestro, though he is waiting to see how is seasoned seven-year-old fares over the next month.

“He’s getting older now and unfortunately Dubai got cancelled earlier this year when I really had him well,” Millard said.

“No, not at all [to ruling out an overseas trip], but we’ll just see how he goes because this is a nice race and then there’s another one coming up in three weeks’ time where he’s likely to meet Kings Shield – if he can beat him then it means that I’ve got him back and his age doesn’t matter.”

The Group 2 Godolphin Mile (dirt, 1600m) on Dubai World Cup night in March – his initial target earlier this year – and US$20 million Saudi Cup (dirt, 1800m) in February remain possibilities for Millard, though all of this is subject to his performance in this weekend’s talent-laden HK$2.2 million dirt contest as well his projected clash with Kings Shield.

Both are eligible for the Class 1 1650m dirt contest on 17 January, 2021 and Frankie Lor’s charge, much like Elusive State, goes to a new level on the Sha Tin dirt.

But looking toward Saturday, Millard’s galloper will break from gate six with 133lb allotted, pairing with Brazilian ace Joao Moreira, who became the third jockey in Hong Kong racing history to move past 1000 wins at Happy Valley’s midweek fixture.

“Joao’s phenomenal – I wish I could use him more often, he’s been aligned to certain stables and it’s been very tough to get him but he’s a great guy and he’s a nice guy, he’s humble and I wish him all the luck, I certainly use him when I can – he’s just world-class,” Millard said.

This weekend, Elusive State will clash with another of Lor’s dirt specialists, Glorious Artist (124lb), who finished fourth in the 2019 KOR Group 1 Korea Cup (sand, 1800m) but last start surprised even his handler with a win +6800 victory at Happy Valley earlier this month.

“He’s good, we’ve waited for this race – last time he surprised me with his win,” Lor said.

The six-year-old is a four-time winner on the dirt and will set off from gate nine with local ace Derek Leung in the plate.

Lor has enjoyed a strong December with eight wins this month, bridging the gap on championship leader Caspar Fownes, whose lead at the top has been reduced to four.

“I always say that it’s too early to tell if I can win the trainers’ championship – I just want to win as many races as possible for my owners,” Lor said.

The All Too Hard gelding shot up 27 points for his three wins before tasting defeat for the first time at his fourth and final outing. He now sits atop Class 3, but his progress slowed after he revealed left front tendonitis after that defeat back in April on FWD Champions Day last season.

“The horse has had a good couple of trials, there’s a fine line between an issue and an injury but I think he’s had more of an issue than an injury – we’ve just given him the time and he’s starting to bloom at the moment – I’m looking forward to seeing him run,” Gibson said.

The four-year-old will set off from gate eight with Zac Purton atop against 13 others and returns off the back of two impressive trial performances, crossing the line first in each.

“He hasn’t run for a very long time – it’s natural to start short and he’s trialled well over the trip so that’s where we’ll start,” the Englishman said.

The Australian-bred PPG (Privately Purchased Griffin) will look to halt Ping Hai Bravo’s (132lb) hat-trick attempt. The John Size trainee has gotten the better of boom youngster Joyful Fortune in both of his last two wins.

Soumillon has hit the ground running with four wins from the first 18 rides of his short-term contract, taking his overall tally in Hong Kong to 114.