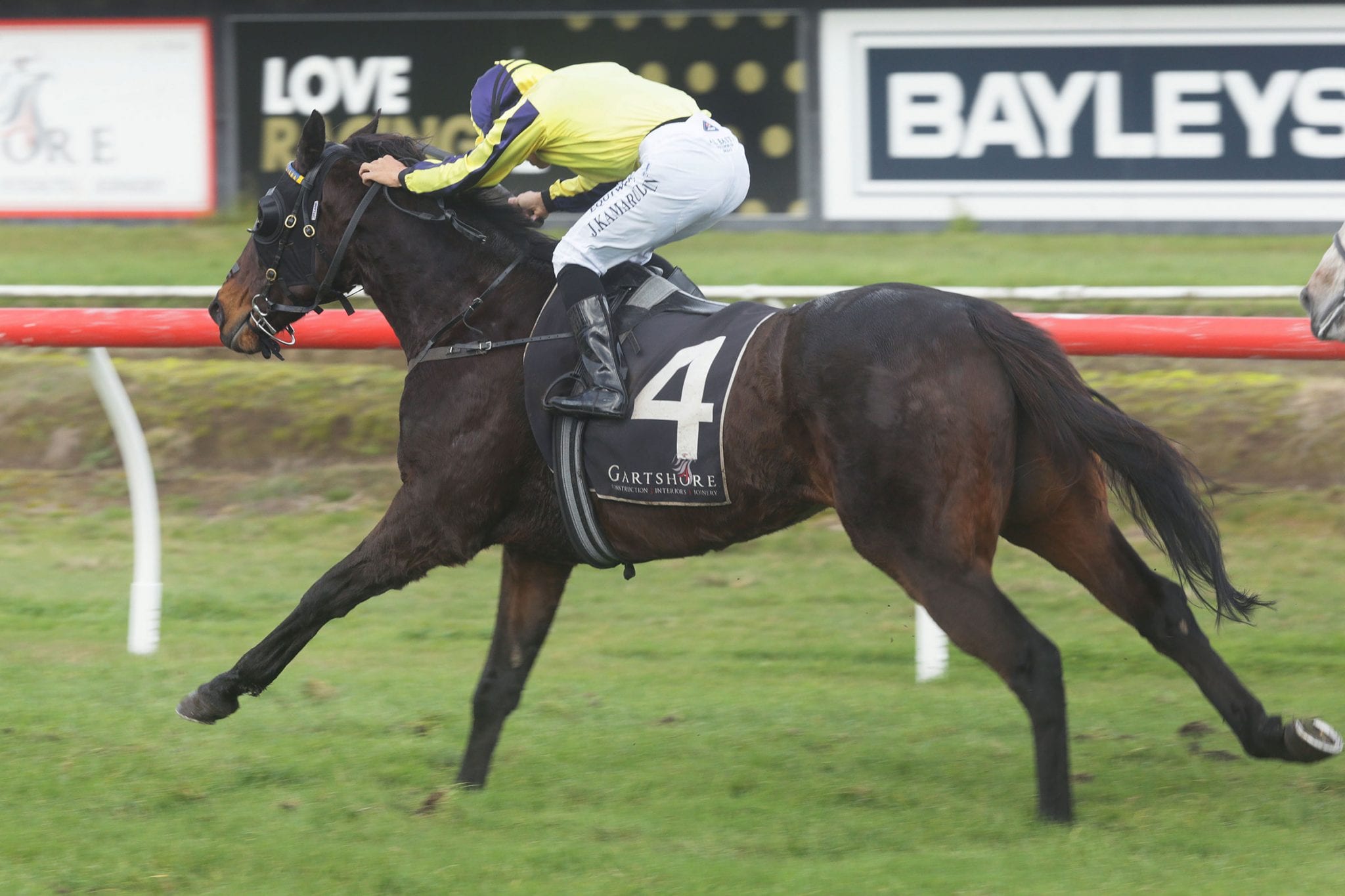 The rising nine-year-old made it back-to-back victories after a similar performance at Ellerslie over 2200m at his previous start.

Carrying just 52kgs courtesy of the 3kg claim by apprentice rider Joe Kamaruddin, Divine Duke defied his normal racing pattern of trailing the entire field in the early stages by racing keenly in midfield this time.

Kamaruddin hugged the rail approaching the home turn with Divine Duke trucking along nicely before issuing a challenge one-off the fence in the run home. Divine Duke collared the brave pacemaker Charred at the 150m and strode to victory with Mont Ventoux battling on solidly for third.

Co-trainer Andrew Scott, who prepares the Bachelor Duke gelding in partnership with Lance O’Sullivan, credited improved fitness and his ability in testing conditions for the impressive victory.

“He is going really well and just thrives in that type of ground,” Scott said.

“He is not an overly big horse so getting the claim was a good assist.

“We didn’t think there was any advantage to coming wide so told Joe to stick to the rail and he did it nicely.

“What I didn’t expect was to see the horse travel so strongly early on as that is not his normal pattern at all.

“He’s a happy horse at the moment and when he gets these types of tracks, he can be very competitive.”

A more than competent jumper, Divine Duke will look to complete his hurdling ticket on Monday at Cambridge although Scott isn’t sure when he will be seen in that role on raceday.

“He’s been jumping at home over the past three years and is pretty good at it,” he said.

“We’ve got him in at the trials at Cambridge on Monday so he can get his full ticket and then we can assess what we do with him over the next couple of months.

“While he is going so well on the flat, I don’t think you will see him over the fences, but he will have a crack at it at some stage.

“The way he can jump we’d like to think he has a good future in that role.”