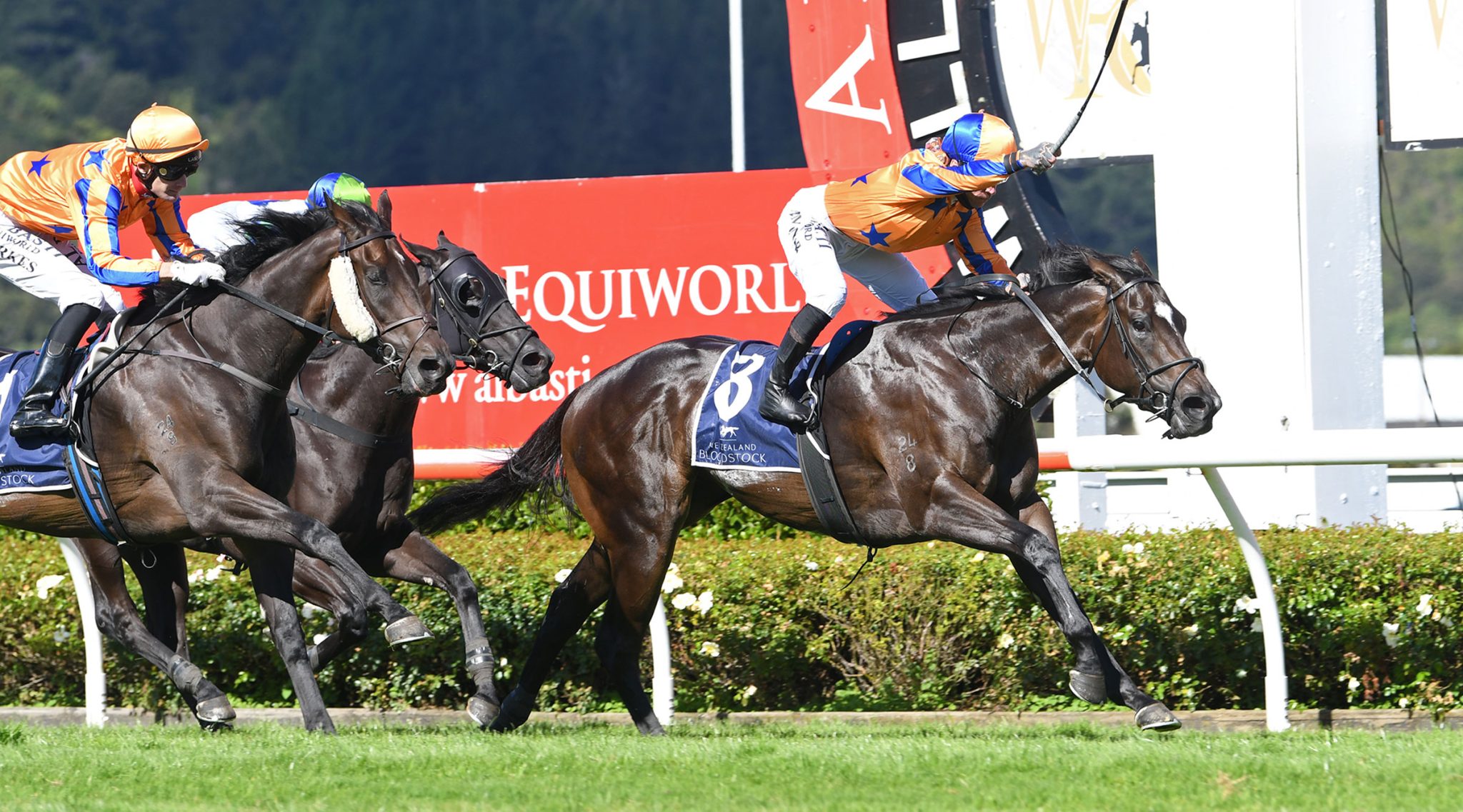 Jamie Richards’ relentless dominance of New Zealand racing keeps rolling on into his final few weeks on these shores, saddling all of the first four placegetters in Saturday’s Group 1 Wellington Seamarket Levin Classic (1600m) at Trentham – the second time he has achieved that remarkable feat this season alone.

Richards – who will head to Hong Kong later in the autumn as just the second New Zealander (after Paul O’Sullivan) invited to join their red-hot training ranks – had five runners in Saturday’s three-year-old feature and dominated the finish with Imperatriz, On The Bubbles, I Wish I Win and Mohawk Brave.

Imperatriz had also featured in Richards’ previous Group One first-four, chasing home stablemates The Perfect Pink, Shepherd’s Delight and Belle En Rouge in the New Zealand 1000 Guineas (1600m) at Riccarton in November. But on Saturday she was the undisputed star of the show.

Rated a +100 favourite after a breath-taking five-length romp against older mares in last month’s Lisa Chittick Plate (1400m) at Matamata, the I Am Invincible filly’s dark coat sparkled in the sun during Saturday’s pre-race parade, and she produced a performance to match on the track.

Having settled in fourth spot and one off the rail behind a moderate tempo set by Miss Ella and Blissful Belle, Imperatriz ambled up alongside that pair under a firm hold from rider Michael McNab at the top of the straight.

McNab released the brakes with 300 metres to run and Imperatriz exploded clear. Stablemates On The Bubbles and I Wish I Win chased hard on either side of her and made her work for the win, but the favourite kept finding all the way to the finish and scored by three-quarters of a length.

“She’s a weapon – just an absolute weapon,” McNab said. “She put herself there, and I had to be so patient. I didn’t want to go too soon, because she was just that little bit suspect at the mile. At the same time, I knew where ‘Parkesy’ (Johnathan Parkes) was on On The Bubbles, and I didn’t want to let him out either.

“But when she went, there was no stopping her.”

“She was brilliant today,” Richards said. “She’s a very good filly, and I’m very proud of her.

“She was able to hold her spot today from her good barrier. They didn’t run overly quick and it wasn’t a truly run mile, which probably suited her. It took the backmarkers out of the race.”

“On The Bubbles just got held up a little bit in the straight,” he said. “He was always a little bit susceptible to her (Imperatriz) turn of foot – she’s lightning, whereas he just needs a bit more time to warm into it. But he’s lost no admirers and has run another great race today.

“I Wish I Win bombed the start and over-raced a bit in the early stages. It might have been interesting if he’d been able to step away and race in the first four or five. But he’s got it all in front of him.”