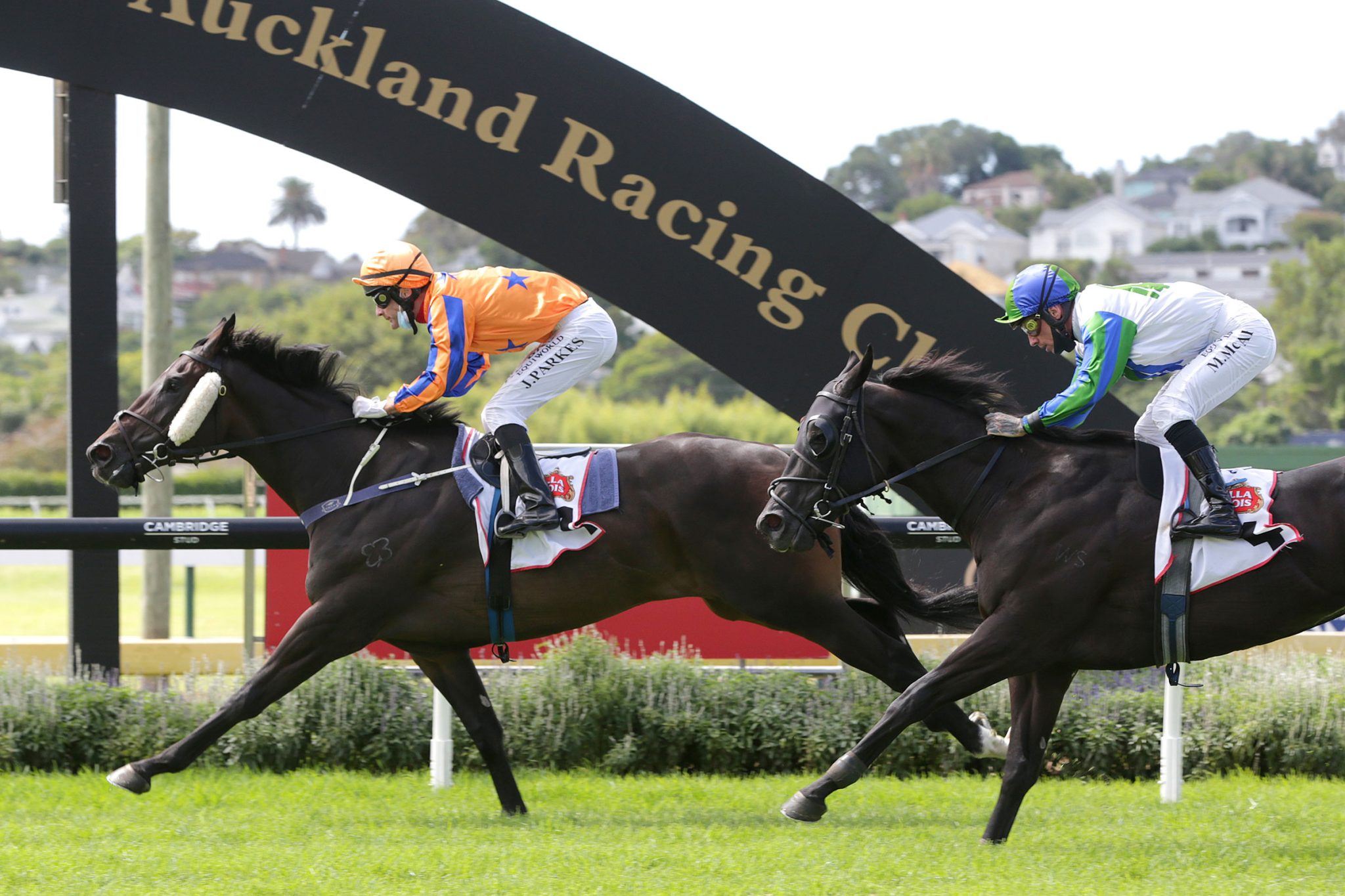 Jamie Richards assault on the New Zealand black type features this season continued unabated at Ellerslie on Saturday when the Matamata mentor produced the quinella in the Listed Stella Artois Mufhasa Stakes (1400m).

Richards saddled last season’s Group 1 Manawatu Sires’ Produce Stakes (1400m) winner On The Bubbles and the runner-up that day in I Wish I Win for Saturday’s 1400m three-year-old feature and the pair replicated their one-two finish once again.

Lumping topweight of 59kgs, On The Bubbles broke quickly from his inside barrier to sit beautifully behind a muddling speed set up by El Luce and Sassy Merlot, before rider Johnathan Parkes moved around to challenge shortly after straightening.

In contrast, I Wish I Win and rider Michael McNab were not having a fun time at the back of the field as they jostled for a position before being forced to come five wide on the corner to make their run.

On The Bubbles, who had shot clear at the 150m, held on comfortably to win by a length at the post from I Wish I Win, who charged into second ahead of gallant filly Bonny Lass in third.

The race proved a redemption of sorts for On The Bubbles who had been beaten into seventh as a -200 favourite in the Karaka Million 3YO Classic (1600m) at his last start, after being caught three wide on the pace during the middle stages of the race that day.

“He’s a good horse that unfortunately got a torrid run in the Karaka Mile last time,” Richards said.

“He was entitled to run last that day and battled away and was only beaten two and a half lengths.

“He’s had a nice freshen up and put in his normal sort of ordinary trial at Pukekohe the other day, but his work since has been very strong and he was able to get the job done today.”

Richards was quick to pay tribute to Parkes who has now won five of his seven rides aboard the son of Brazen Beau, including three at stakes level.

“It was a nice ride by Parkesy as he is a tough horse and while the other horse was coming, you could just see he (On The Bubbles) wanted to be there,” Richards said

”One out and one back and peeling at just the right time, he is a hard horse to run down.

“He loves racing and deserves to be back in the winners’ circle today.

“Take nothing away from I Wish I Win, as it was a bit of a shambles at the back of the field when one looked like it wanted to run off.

“To come from where he did was a good effort and they will go toe to toe again in the Levin Classic (Group 1, 1600m) in a couple of weeks.”

Out of the Sebring mare More Bubbles, On The Bubbles was a NZD$90,000 purchase by Te Akau boss David Ellis out of Leanach Lodge’s 2020 Book 1 draft at Karaka.

Leanach Lodge will offer 18 yearlings across the six days of the New Zealand Bloodstock National Yearling Sale, including two by Brazen Beau, while Curraghmore will offer a half-brother by Impending to On The Bubbles as Lot 433 during Book 1 when selling commences at 11am on Monday March 7.