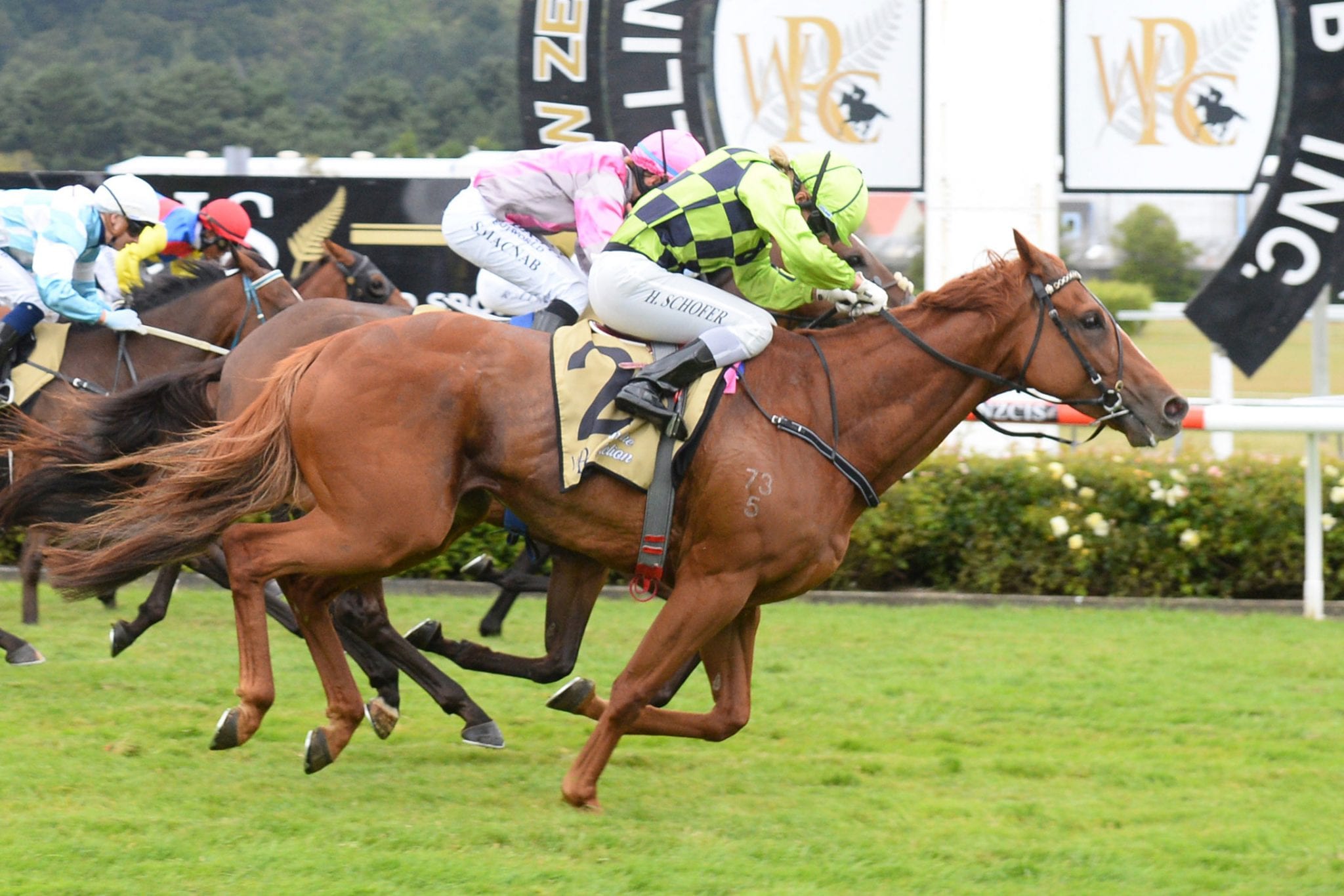 The Taranaki horsewoman will line-up two of the favoured horses in the race, That’s Incranibull and Torque Time.

Davies is pleased with both geldings heading into Saturday, however, she said Torque Time may be found wanting, fitness-wise, after missing his lead in race at Te Aroha’s abandoned meeting last weekend.

“I am happy with both of them but unfortunately Torque Time missed racing at Te Aroha last week,” she said. “He may have needed that run, but he has had heaps of work.”

TAB bookmakers have installed That’s Incranibull as a +350 favourite following his consistent form, including a last start fourth-placing at Awapuni last week. He will take advantage of apprentice jockey Hazel Schofer’s two-kilogram claim from barrier one, bringing his allotted weight down to 58.5kg.

“I am really happy with That’s Incranibull running on strong at Awapuni,” Davies said.

“Torque Time has been a little bit unlucky at Ellerslie, he should have finished closer,” she said. “He got held up and then got hampered again in the straight. You can put a line through that one and Parkesy (Johnathan Parkes, jockey) was keen to get back on him, he knows the horse.”

With Torque Time missing a run last week, Davies is leaning towards That’s Incranibull ahead of Saturday, and said this will likely be their last starts before heading to the spelling paddock.

“I would be leaning towards That’s Incranibull because he has had the racing, while the other horse hasn’t had a race for five weeks,” Davies said. “It is a bit of an ask stepping up to 2500m when you haven’t had a run for a while.

“But I am happy where both of them are at. It is their last dance, they will go out and we will look at some cups races for them next season.”

The Group One performer will contest the Listed Power Farming Hawke’s Bay Cup (2200m) for which she is a +500 third favourite with TAB bookmakers, behind Yatima (+250) and Sherwood Forest (+300).

“She has been working really well,” Davies said. “She has been racing in good company and I am sure it is her final race tomorrow. She has trained on well and Allan is really happy with where she is at.

“She will be thereabouts, she is not a bad mare.”

Working a team of four as well as helping out Sharrock and also breaking in horses makes for a busy life for Davies, who started riding work at the New Plymouth track as a schoolgirl.

“I just liked horses and got into pony club,” she said. “When I was 14 someone came to the pony club looking for someone to ride trackwork and they said ‘there is only one kid here who is game enough’ and they put my name forward.

“I started riding work at New Plymouth. I used to do that and then go to school.”

That introduction led to a lifetime involvement in racing for Davies and it has given her the opportunity to travel the world.

“I have had a great time with horses,” she said. “I have worked in Sydney for Team Hawkes and when I was younger I did a stint in Japan, and then I worked in Melbourne for 10 years down in the Mornington Peninsula.

“I then came back and have been with Allan and I have been able to work with some lovely horses here, including my favourite Kawi.

“He would be one of the best horses I have been associated with and also one of the maddest. He was a lot of stress at times, but he was a great horse. We had some pretty good times with him.”

“I was only 18 when I went to Japan,” she said. “It was a bit of a culture shock when I went over there, and we were there in the middle of winter.

“We were in rural Japan, we weren’t in one of the big training centres.”

After several years overseas, Davies is enjoying being back in her hometown and working in an industry she loves.