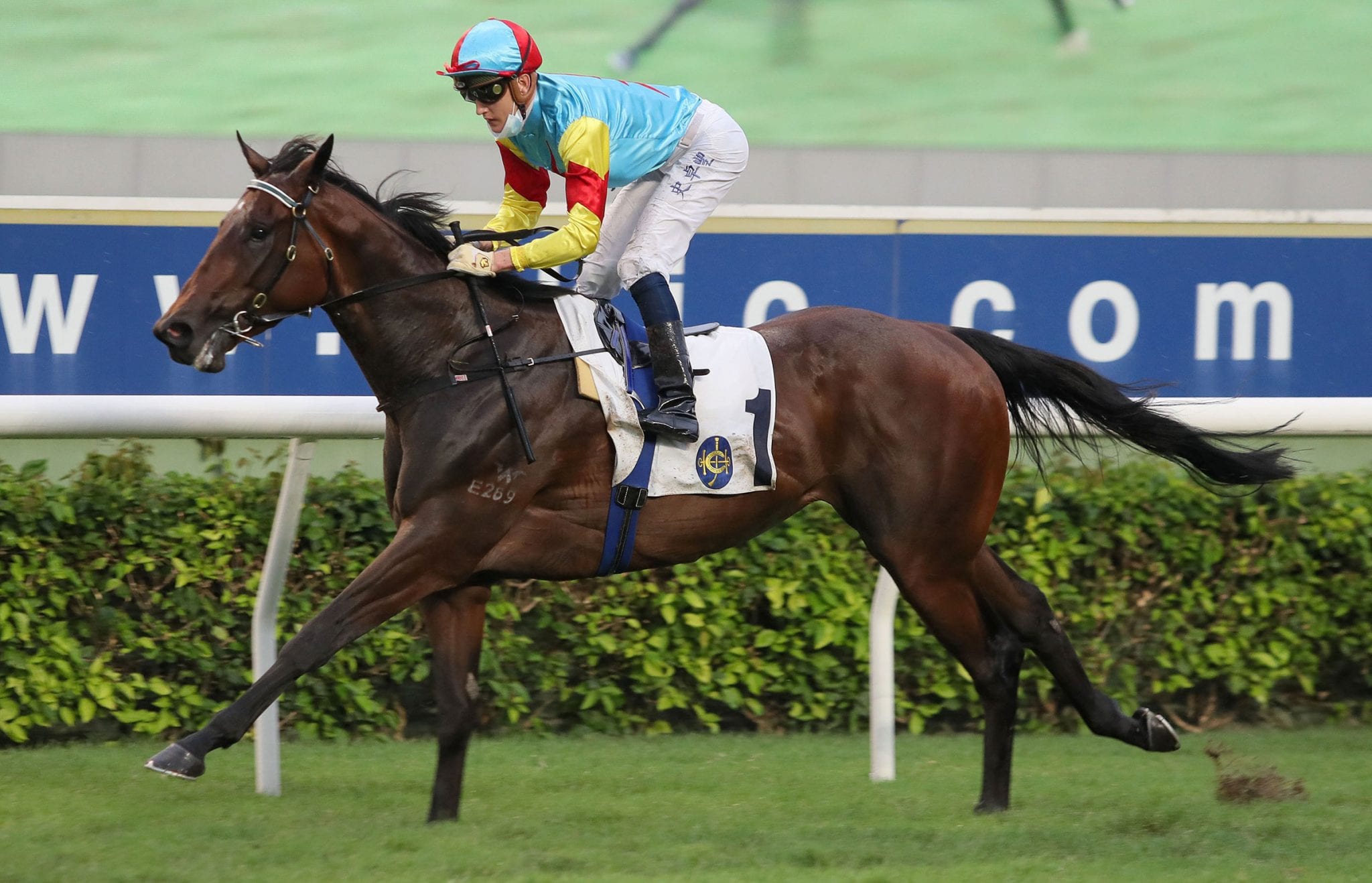 “He’s going to have a six-week break and then be ready in September,” Hayes said, identifying the son of Written Tycoon is the stable’s clear leading contender for the three-race age-restricted series.

“He’s my number one seed. If he was racing at home (Australia), he would be definitely a young Group-race horse.”

To be partnered by Chad Schofield on Sunday, Fantastic Treasure will carry 120lb – the lightest impost of his short, mercurial career – after making the rise to Class 2 after an incremental ratings rise from 52 points to 87 with a pair of wins in both Class 3 and 4.

Hayes is optimistic his star charge can contend with barrier 10 and more experienced opposition to keep an unblemished record.

“I’m hoping so, all the signs are good. He’s eaten all his feed and he’s in terrific order,” the dual Hong Kong champion trainer said. “He’s a great looking horse. He’s got a bit of a tricky gate, (the) C+3 (course) might be tricky but good horses tend to overcome things.

“A clear run with a light weight might be better than being stuck on the inside. He’s meeting some hard, seasoned horses. This will be a real test for him but I’ll leave it to Schofield to read the tactics.

“He’s got a bit up his sleeve, so we don’t want to empty him out on his first prep, so 1400 metres is probably ideal but next season, maybe on international day, there’s a nice race over a mile, Class 1, Class 2 – we might try him out that day.”

With 24 victories for the season, Hayes is tracking positively towards an ambition of assembling an arsenal of young, potential future stars – from 2021/22 and beyond.

Master Montaro, winner of two of five Hong Kong starts since arriving from Australia, returns in the Class 2 Amethyst Handicap (1000m) under Vincent Ho from barrier 10.

“It’s his first preparation, basically, and this is the start of his second prep, so we took him to Conghua – he had an easy time,” Hayes said. “1000 (metres) is probably on the short side for him but I thought rather than trialling, let’s do it for money and he has got good 1000 metres form from Australia (a maiden win at Pakenham Racecourse, Victoria).

“I think it’s a positive not trialling. I’m sure if I trialled him up the straight last week, he would have trialled very well but it might have taken the zip out of him for the race.

“He looks really good, he’s in great shape and after this he’ll probably go straight out to 1400 (metres) in three or four weeks.

“I’m pretty happy with what he’s done so far. His racing pattern in coming from the back is all about tempo, so if the tempo is wrong it’s impossible to come from the back.

“In Hong Kong on the firm tracks, they keep running sometimes, so he has to do huge efforts to win and a couple of his wins were big efforts, so I’m happy with him.”

Paul O’Sullivan will target the Class 4 Ruby Handicap (1000m) with August Moon, hopeful the New Zealand-bred can improve on a last-start third behind Ka Ying Spirit earlier this month.

“His few first runs were pretty much an experience for him but I think he should go on with it (now),” O’Sullivan said. “Fitness-wise, he’s pretty good. He’s pretty well suited to running down the straight at this stage.

“Normally I would give him another week between runs but the 1000 (metres) came up this week.”

With 20 wins this term, O’Sullivan is optimistic Irish import Turquoise Alpha can measure up in the Class 3 Lapis Lazuli Handicap (1600m) under Derek Leung – who also partners August Moon.