Dark Alley bounces back at Hastings 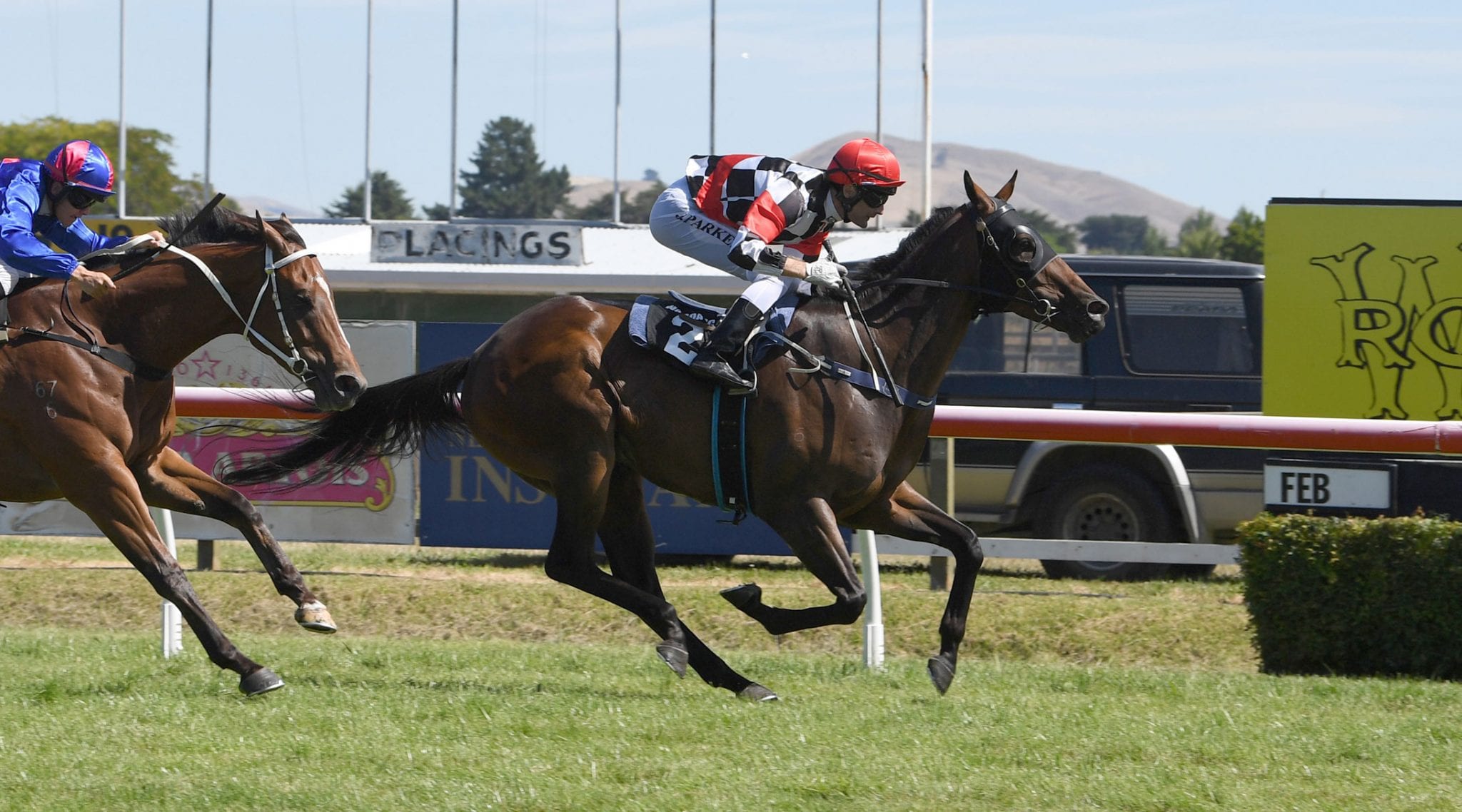 Promising four-year-old Dark Alley looked a galloper capable of going through the grades over the next few months when he scored an impressive victory on his home track at Hastings on Sunday.

The Guy Lowry and Grant Cullen-trained son of Per Incanto had kicked off his racing career with an eye-catching win over 1200m at Hastings back in December before running on late for fifth behind the well-fancied Group 1 Vodafone New Zealand Derby (2400m) candidate Montre Moi over 1400m at Otaki in early January.

Given time to get over that run, Dark Alley was sent out a warm +180 favourite for his racetrack return over 1200m on Sunday and didn’t disappoint in the hands of Johnathan Parkes, as he rounded up his rivals quickly in the home straight before comfortably holding out a late charge by Mandalorian to score by a neat length.

Lowry, who bred and owns the four-year-old in partnership with Little Avondale Stud, was quietly confident of a good performance as there had been excuses for his last start performance.

“He’s always been a nice horse that we have a fair bit of time for,” Lowry said. “He won nicely on debut and then he struck a pretty good field last time at just his second start.

“I think the main factor was the track was very hard that day and he probably didn’t appreciate that type of footing.

“I think he is better when there is plenty of cushion in the track and het got that today as it is just a beautiful surface out there.”

While Lowry has no particular plans for his charge, he is convinced there is plenty in store for him.

“I’m pretty confident he has the ability to go right through the grades,” he said. “He’s got a very good turn of foot but he still has a lot to learn.

“Johnathan said today that he got to them very quickly in the run home and then decided to loaf around a bit, which is something he did on debut as well.

“He just needs more racing to get that out of his system, but when he does get it all together, he could be pretty good.”

Dark Alley is the first foal out of unraced Towkay mare Queen Alley, a half-sister to Group 2 Eight Carat Classic (1600m) winner Pinmedown and hails from an extended family that includes dual Hong Kong Horse of the Year Ambitious Dragon.

The win also brought up a winning double for Parkes who had scored earlier aboard the Tony Pike-trained three-year-old filly, Sacred Option.

Parkes will be looking for further success at Matamata on Saturday when he continues his association with Karaka Million 2YO (1200m) winner On The Bubbles in the Group 3 Waikato Stud Slipper (1200m).