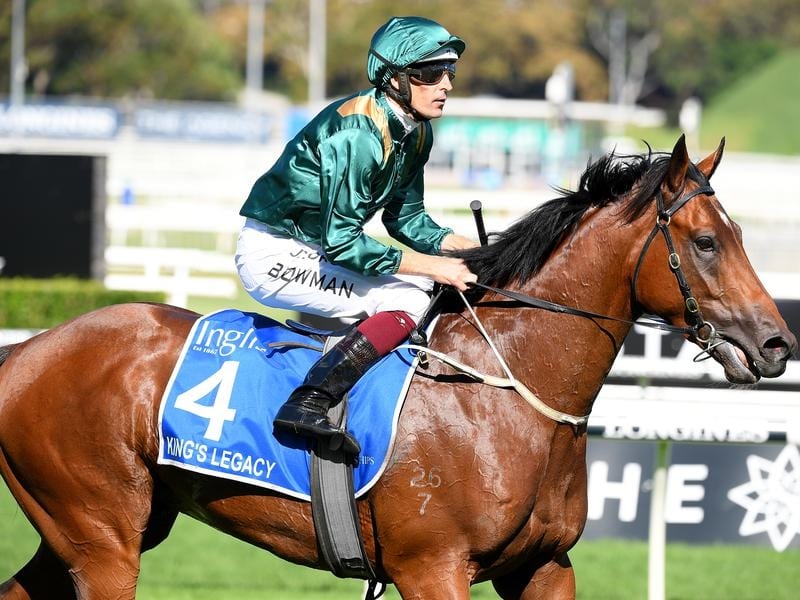 With the breeding season fast approaching, Coolmore Australia have released the service fees for their star studded 2021 roster.

Coolmore’s big name addition of Wootton Bassett will stand for A$71,500 for his first Southern hemisphere season after making a big name for himself in Europe. Best known for being the sire of Almanzor, whose first Northern hemisphere runner won on debut at Chantilly recently, connections of Wootton Bassett will be hoping his direct progeny will fetch some of the prices that Almanzor’s progeny have attracted in sales around Australia.

One of the star two-year-olds of the 2019-20 Australian season, King’s Legacy will stand at stud for the first time following his retirement in March. Coolmore announced that he will stand for the fee of A$33,000.

Fastnet Rock will be another stallion in demand and with Group 1 winners this season in Avantage, Personal and Rocket Spade it is no surprise to see an asking price of A$165,000 for the champion.

Add in Pierro who has sired the impressive trio of Furore, Arcadia Queen and Persan for A$110,000 and it is no wonder that Coolmore is one of the more sought after breeding barn’s in the country.

The two new additions of Wootton Bassett and King’s Legacy, join Group 1 stars such as Yes Yes Yes, Vancouver, Pride Of Dubai, American Pharoah and Adelaide as part of the Coolmore Australia roster for the 2021 season.