Aussie filly Personal headed to US for Breeders’ Cup tilt 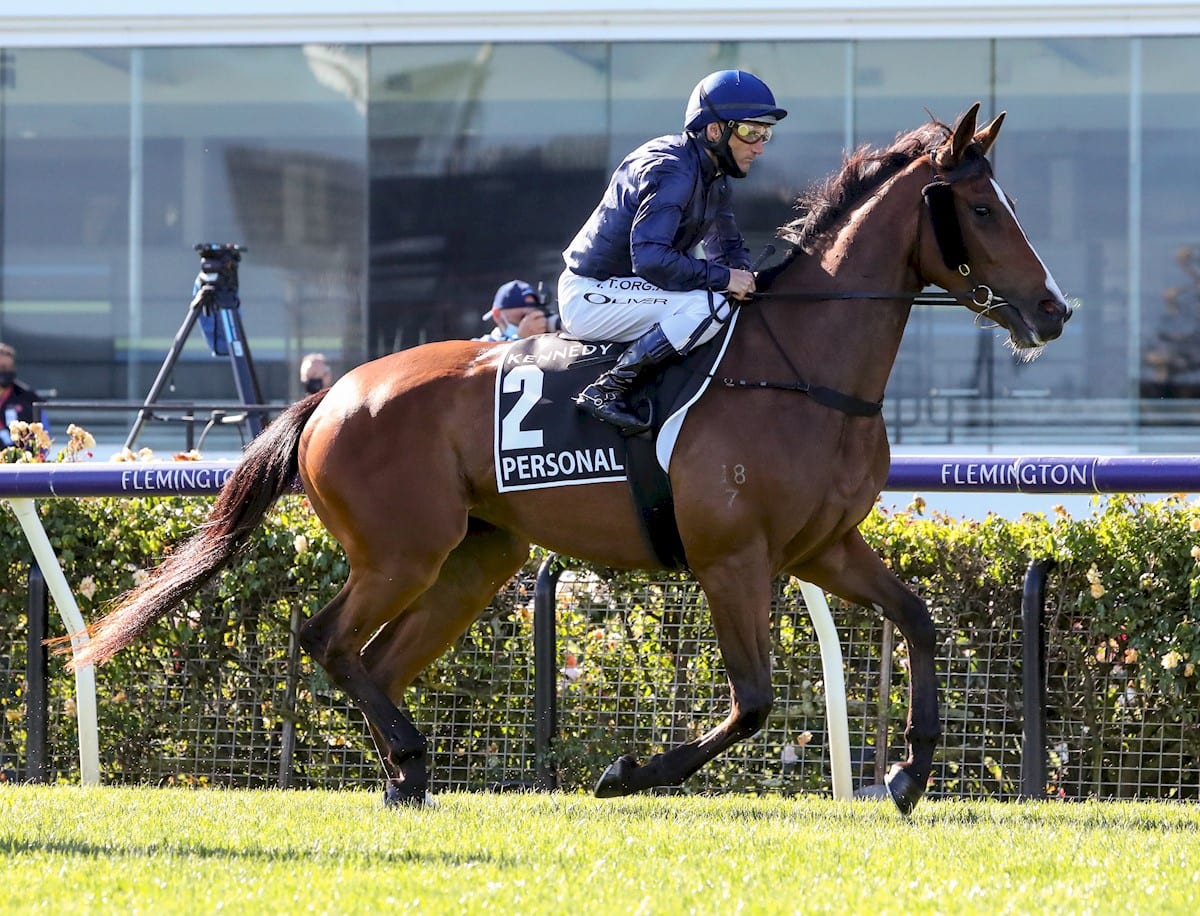 Personal, the 2020 VRC Oaks winner, is set to be jetted off to race in the United States with a run in the Breeders’ Cup the main item on the agenda.

Coolmore Australia revealed on Tuesday that the three-year-old filly would leave on Wednesday for the US, where she will be trained by Chad Brown in New York.

“The fillies and mares Breeders’ Cup would be the ultimate goal, but of course, she has to show her form in lead-up races,” Coolmore racing manager Rob Archibald said.

The Breeders’ Cup, worth USD $2 million, is set to be run on November 6 at Del Mar over 2200m, a distance Personal has appeared to enjoy in her brief racing career.

The daughter of Fastnet Rock has gone on to run in the minor placings on three occasions since her VRC Oaks win last November, with runner-up efforts in the Thousand Guineas, Wakeful Stakes and Australasian Oaks.

“We have to thank the Hayes family and stable for developing her into an incredible filly,” Archibald said.

Personal was last seen finishing seventh in the South Australian Derby, where she was beaten almost nine lengths by Explosive Jack.

Fastnet Rock has only had a handful of runners in America, and a decision is yet to be made on Personal’s career after her days on the track.

Coolmore run significant operations out of the US, Ireland and Australia, with all options seemingly on the table for the Group 1-winning filly as a broodmare.