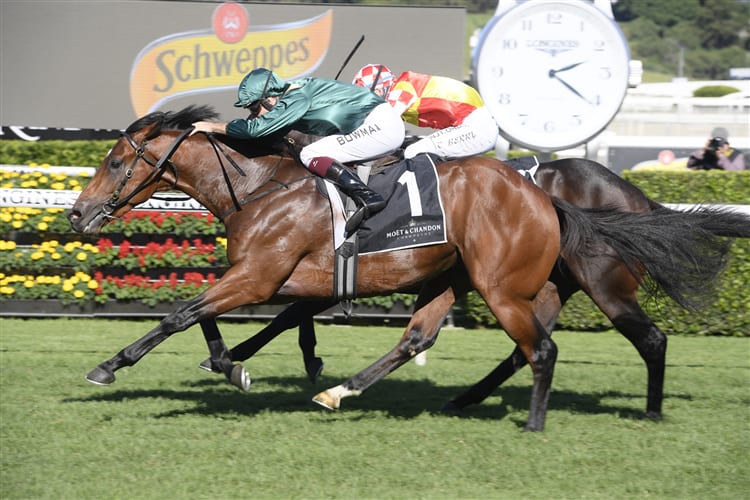 High-class colt King’s Legacy has been retired and will join Coolmore Stud’s stallion roster this spring.

A half-brother to leading sire Not A Single Doubt, King’s Legacy was prepared by Peter And Paul Snowden to win the 2020 Group One Sires’ Produce and Champagne Stakes double.

Placed in the Golden Rose as a three-year-old, the decision was made to retire him after he finished fifth to Lion’s Roar in Saturday’s Randwick Guineas.

Coolmore bought into the colt following his Sires’ Produce victory and Coolmore principal Tom Magnier said they were thrilled he would join their team this breeding season.

“He’s by an outstanding sire of sires and has an exceptional pedigree and an imposing physique,” Magnier said.

“He will be heavily supported by both Coolmore and some of Australia’s leading breeders who remain in the ownership.”

A $1.4 million yearling purchase, King’s Legacy is the only son of Redoute’s Choice to notch more than one Group One victory as a two-year-old.

He retires with three wins from 12 starts and more than $1 million in prize money.

A service fee for King’s Legacy is yet to be announced.