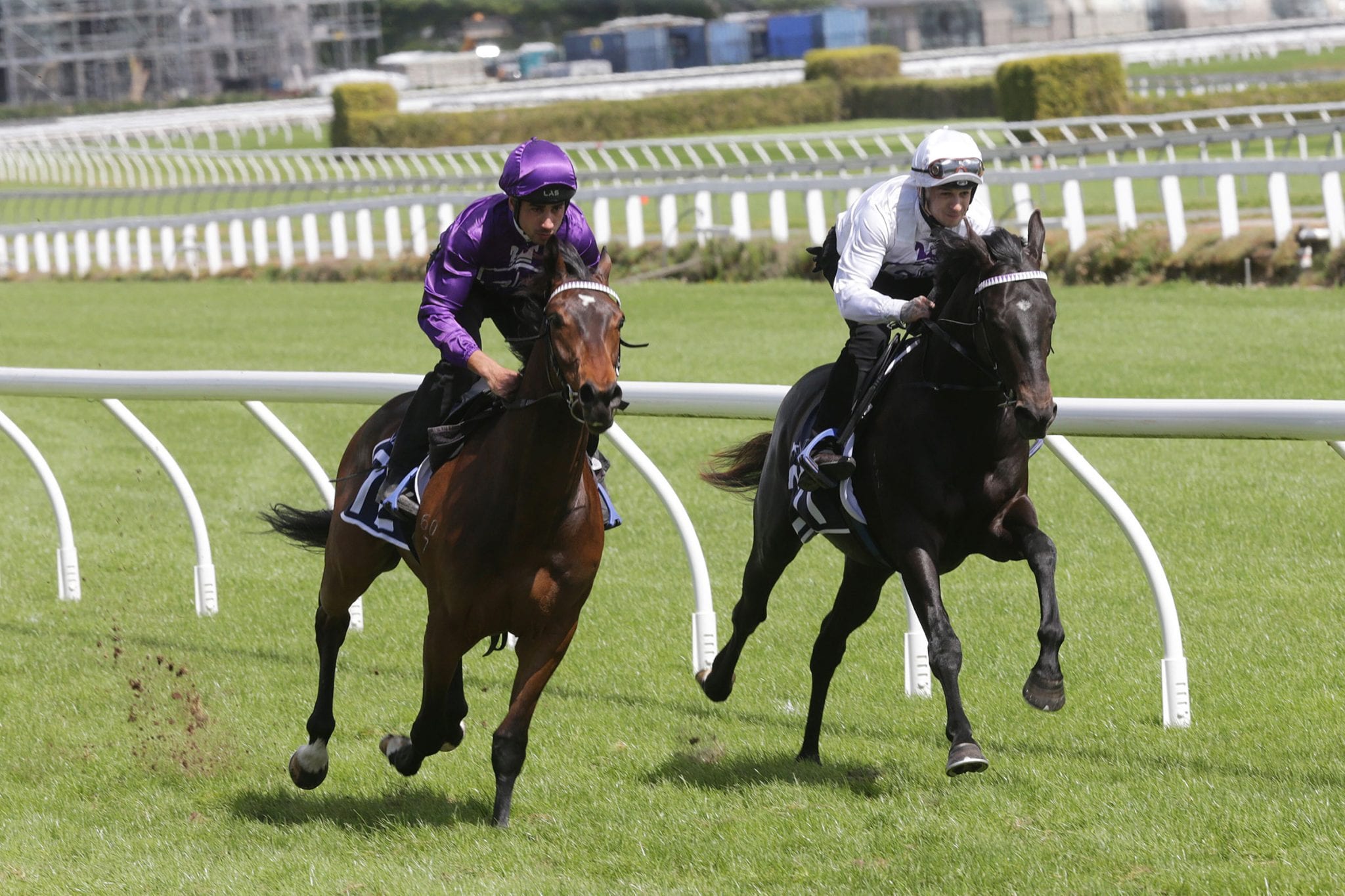 Mapperley Stud stallion Complacent made the perfect start to his stallion career at Ipswich on Thursday when his first starter Calm Seeker was victorious over 1350m. Despite enduring a tough three-wide trip, Calm Seeker powered away from his rivals to win by a length and a quarter with a bit in reserve under Michael Cahill for trainer Matt Kropp.

“We were really happy with his effort,” Kropp said. “Not a lot went right. Mick Cahill was hoping to get in and just said it was a pretty ugly old race. There was nothing he could do about it. “He is not a big horse but he has got a beautiful stride and I like the way he rolled up so effortlessly to the lead and he put them away pretty quickly.”

Kropp revealed he has always had an opinion of Calm Seeker and had even nominated him for the Group 1 JJ Atkins Stakes (1400m) last month. “We will see how he pulls up and he has actually been in hand a while,” Kropp said. “We nominated him for the JJ Atkins but we weren’t going to get the right lead-up to it and we weren’t going to get a run, which was a shame. “But it was nice we got the one two-year-old run with him and it wouldn’t surprise me if we just gave him a little bit of an ease up and see how we go without spelling him as such. “He has had a great day out and has just taken it all in.”

The two-year-old was initially offered as a weanling by Curraghmore at New Zealand Bloodstock’s 2018 May Sale where he was sold for $10,000. He was then purchased as a yearling for $52,500 out of Cambria Park’s 2019 New Zealand Bloodstock Book 2 draft, before Kropp secured him for $170,000 out of Riverrock Farm’s 2019 Ready to Run Sale of 2YOs for owners Roland And Sharon Hovey.

Kropp has enjoyed plenty of success with New Zealand-bred stayers out of the Ready To Run Sale, including Trusty Lad, who won the Three-Year-Old Stayers series in 2018. The Toowoomba trainer, who believes the youngster will get at least 2000m, said it was definitely the youngster’s stride that attracted him when purchasing him at the Ready To Run Sale. “He was a nice looking little horse but his breeze up is what got us in,” he said. “We just thought he looked like he had gears and gears to go through, the way he worked to the line in his breeze up. “I am just lucky that the Hoveys are really keen on their stayers and middle distance horses.”

The winner of the Group 1 Spring Champion Stakes (2000m), Complacent will stand at Mapperley Stud in the upcoming breeding season for a fee of $4,000+GST.