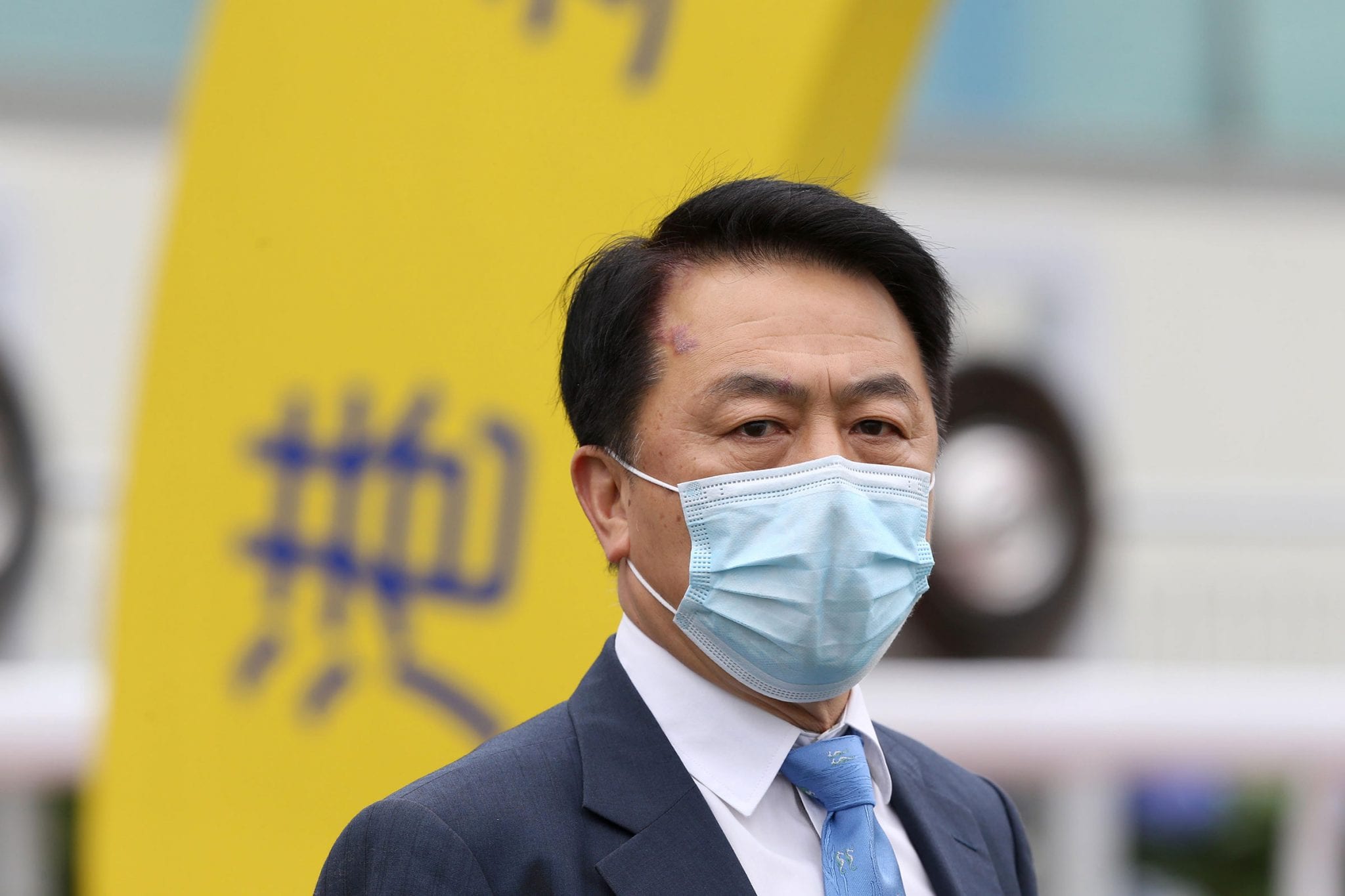 A week out from launching a three-pronged Group 1 assault on FWD Champions Day (Sunday, 25 April) with Mighty Giant, Jolly Banner and Voyage Warrior, the 2019/20 title-holder hopes Excellent Chariot can build on the stable’s solid start to April.

With three winners and four minor place-getters and several (four) fourths, Yiu has made a consistent start to the month and, as he prepares to saddle six runners at Sha Tin this weekend, the trainer believes Excellent Chariot can successfully contend.

“He’s up in distance, it’s a bigger task for him but he’s a horse who always tries hard,” Yiu said of the Jimmy Choux gelding who opened the season with successive 1200m wins at Sha Tin.

“He’s more mature now, it’s probably time to step him up in distance but he’s still one of the up-and-coming youngsters.

“We’ll have to ride him for luck (from barrier 10 under Keith Yeung), hopefully somewhere mid-field with cover.”

Yiu will also be represented by Toycoon in the Class 4 Somerset Handicap (1800m), hopeful the Turffontein gelding can run to his pedigree as he chases his first Hong Kong victory.

Twice a winner in South Australia as Rapid Bay when trained by Jake Stephens, Toycoon reached a peak rating of 74 last season but has now dropped to 58.

“I think this is about the right rating for him. When he first came, his rating was a little high up,” Yiu said. “He was still acclimatising.

“He’s got a pedigree which suggests a step up in distance will be good for him. If there’s any cut in the ground, that will be good, too.”

Paul O’Sullivan is confident continued natural improvement will be sufficient for El Valiente to snare the Class 4 Norfolk Handicap (1650m) under Joao Moreira.

“Every time he’s gone around, he’s got a little bit better and he doesn’t need too much improvement to be right there in the finish. He’s trained on well, he’s got a good draw (gate four), a good jockey, so he should be competitive,” O’Sullivan said.

“He can be a couple of spots closer, if he can be three-back, one off the fence, that would be ideal for him. Hopefully they go at a good gallop and he can stay on.

“The dirt is the preferred surface. He’s probably better going 1800 metres, but he should run well.

“He probably came here on a pretty limited education and it took a number of barrier trials before he finally got to the races.

“Each race, he’s gone a little bit better. Hopefully he can continue on in that vein.”

Antoine Hamelin believes When You Believe has the credentials to push for a first Hong Kong success in the Class 3 Cornwall Handicap (1000m).

“He finished very well last time (when third to Valiant Dream and Brilliant Fortune at Sha Tin on 13 March) and we’re happy with him,” Hamelin said.

“His trial (on 9 April) was nice also, he finished second. The signs are looking very good.

“We have a good draw (four) and everything looks good for the race. I think we can get some cover and find room in the finish.”

David Hayes-trained Metro Warrior will also contest the sprint course dash, the Cornwall Handicap, and believes the Fastnet Rock gelding can maintain his form after a solid last-start third in slick time.

“I thought it was a Hong Kong personal best. The two horses that beat him (Winner Method and Brilliant Fortune) are destined for much higher class,” Hayes said of the four-year-old’s performance on 28 March.

“He ran exceptional time, breaking 56 seconds (55.75s). He looks like he’s held his form and he’s got Zac Purton so I think he’ll run a good race.

“He’s in his class, probably running in his class, and if he puts his run up from last start – signs are that he will – he should be in the first three.

“I think he’s going to be a good bread and butter Hong Kong Class 3 horse.”

Hayes will seek to extend a strong recent run with Flying Sword in the Class 4 Kent Handicap (1400m).

“I much prefer him in Class 4 than Class 3 and probably 1400 metres or a mile here at Happy Valley are ideal,” he said. “I think he can be competitive enough to win a Class 4 soon, whether it’s Saturday or the next run, but he’s trained on nicely since the last run.

With victories from Trader, Fearless Fire, Showina and Fantastic Treasure this month, Hayes believes his stable is starting to gain crucial traction.

“I’m really happy with how these three-year-olds are starting to improve at the end of the season. It’s a big disadvantage to have unraced three-year-old’s early but as the season progresses, they come into their own,” he said.

“I’ve got about 30 of them and I can’t wait for them to get a bit more mature.