Champion rider keen to get back racing 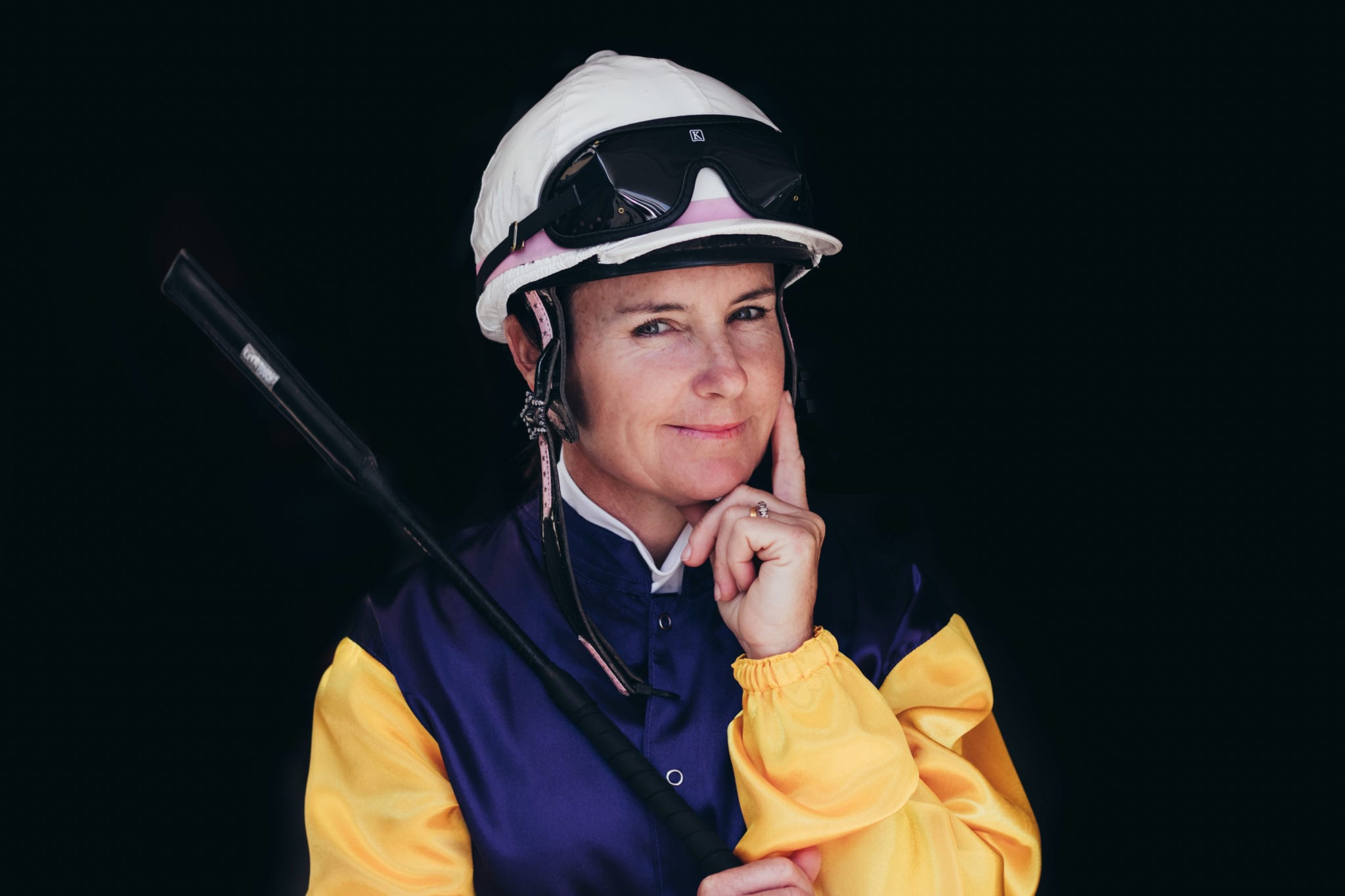 Leading jockey Lisa Allpress was a step closer to doing what she loves best when riding at the Levin jump-outs on Wednesday. The three-time premiership winner can’t wait for racing to return at the beginning of July and sits 6 wins clear in this season’s premiership with Kozzi Asano and Sam Collett heading the chasing pack.

“It was great to be back and blow a few cobwebs out,” Allpress said. “We’ve been really busy at home with horses and going to the track as soon as we were able to ride trackwork. “I did a week with Mr Gray down in Palmy and have been riding pretty much everyday at trackwork in Wanganui. But to get back to the jump-outs yesterday, I realised I wasn’t as fit as I thought I was. “It was so nice to catch up with the likes of Leah Hemi, Dylan Turner and Sarah McNab, just to name a few. Some of these people you’re used to seeing them three or four, or sometimes five times a week. It felt like going back to school after summer break.”

Allpress said a number of the horses were quite forward and believes racing could potentially look at recommencing sooner than the July 3 starting date, and she was disappointed with the overall length of time away from raceday riding. “I definitely think there has been an over-reaction and we could be back racing earlier,” Allpress said. “It’s very disappointing for a jockey where our only source of income is riding horses in a race. It’s going to be an extremely long time without an income for many of us and for the owners who are putting so much money into these thoroughbreds to not be racing until July.”

Despite having breathing room in this season’s jockeys’ premiership, Allpress wasn’t getting too far ahead of herself despite a limited program in July making the six-win lead a nice buffer. “It feels a bit hollow at this stage and you never count your chickens before they hatch,” she said. “I’m sure Kozzi Asano and Sam Collett are champing at the bit to get back in the last month as well. I can’t say I’ve won the premiership until the first of August and my name’s at the front. It’s not something that’s a guarantee. “When I’ve won the premiership previously I’ve never really led until the last few months of the season, so I guess I was lucky getting a little bit of a kick in the last couple of months before we locked down.”

2020 has been a bizarre year for most and it is hard to believe it is less than two months ago that Allpress created history, becoming the first female to ride a winner in Saudi Arabia. The champion hoop was competing in the inaugural international jockeys’ challenge in the Kingdom and won one of the four races in the series aboard Matmon. “I only just got paid from Saudi Arabia today and it seems like it was a lifetime ago that it all happened,” Allpress said. “We were just so lucky to get back into New Zealand and I was able to get back to the races for a couple of weeks before lockdown.”

The mother of two was pleased to spend some quality time with the family during lockdown, where along with husband Karl they farm just out of Wanganui. “We’re lucky, lockdown didn’t really affect us too much on the farm. We were extremely busy, we got cattle drenched, weeds sprayed. Our oldest boy started learning how to fence so that was good. We had a very busy lockdown and it was great to spend that time with the boys, who are 15 and 12. “I very rarely get to spend a Friday night or a whole Saturday with them, so to get four weeks of one on one with them was really awesome.”

Allpress was buoyed by the Minister for Racing Winston Peters announcement of a $72.5 million COVID-19 emergency support package for the racing industry last week. “It’s got a bit of positivity going forward and has helped people to plan,” she said. “You know that we are going to have a racing industry in the future and there was a lot of worry that the stake money was going to be cut. “Obviously the race meetings have been cut which is a worry because we went into our farm banking on me being able to ride three or four times a week but through July that’s definitely not going to happen. “I guess there’s still a lot of uncertainty around dates and a little bit around stake money but just having that relief from the Government and looking forward they are going to be going in the right direction. “Hopefully, some of these decisions that are getting made at the top are going to affect racing in a positive way instead of the negativity that we’ve been having.”

The 45-year-old rider has no intention of slowing up anytime soon and has good reason to aim for another premiership. “I always say I’ve only got another couple of years and I still keep saying that, but I really enjoy it,” Allpress said. “Obviously getting to Saudi Arabia and competing against some of the best jockeys in the world was just amazing. “I know to do that you have to do the graft at home and get those miles under your belt to get the opportunities to ride around the world. I’d love to ride in a few more invitation races around the world, even though I am not sure when that is going to be able to happen next.”

Despite being based in the lower North Island, where there are fewer race meetings than other regions, Allpress is not afraid to travel for opportunities in a vocation she loves. “I don’t mind packing the car and heading up north or jumping on a plane and going down south, so that doesn’t really affect me,” she said. “I hate the driving but once you get to the track it’s the same thing. It’s just riding horses and trying to make them go fast. “I’ve just been dying to get on the course proper at Wanganui since we’ve been back at the track and I finally got to gallop a horse on the course proper this morning. It’s such a buzz. To come around that corner and let a horse roll up the straight, especially a nice horse that is balanced and keen, it’s just such a buzz.”