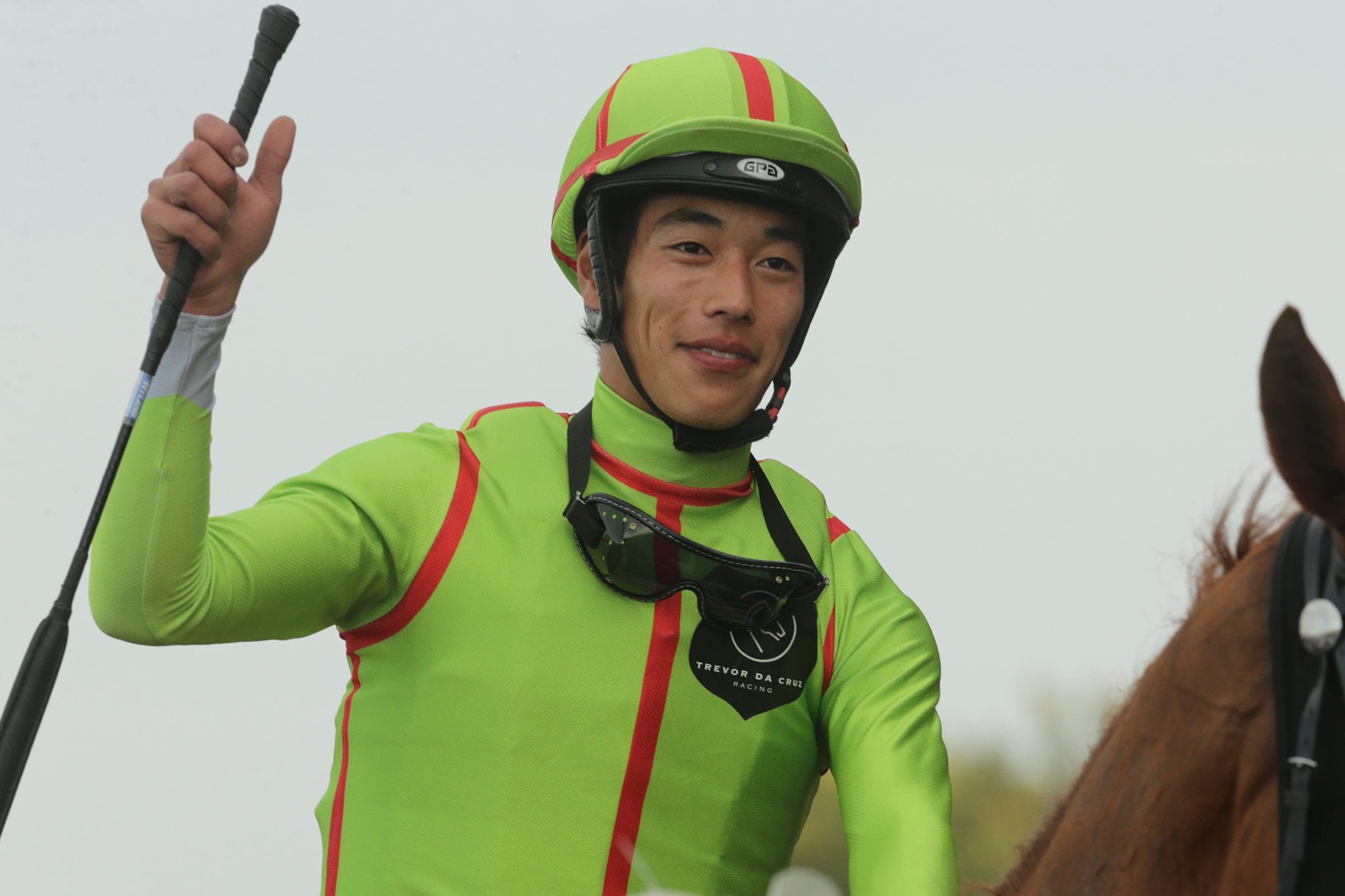 Kozzi Asano may not have been a household name in racing circles at the beginning of the season, but the talented apprentice jockey made sure he was by the end. A one-time leader in the New Zealand Jockeys’ Premiership, Asano will end the season in second position behind Central Districts hoop Lisa Allpress, but with 78 wins for the season he has nearly doubled his nearest rival in the apprentice ranks (Sam Weatherley, 41 wins).

“It has been an amazing ride this season,” Asano said. “I couldn’t have done it without my boss’ (Andrew Carston) help and the support from all the owners and trainers.” While leading the premiership for a period of time this season, Asano said he didn’t take any notice of his lead and was purely focussed on riding to the best of his ability. “I didn’t really think about leading the premiership,” he said. “I was just focusing on myself and my riding.

“Andrew and Lisa Latta supported me a lot this season, as well as Kelvin and Aimee Tyler from Riverton. They have been putting me on a lot of horses and I have had a great run with them. “They have helped with a lot of my wins.”

Asano recorded two stakes victories this season, but he said he had a clear highlight. “The highlight of my season was winning the Wanganui Cup (Listed, 2040m) for (trainer) Lisa Latta on Sentimental Miss,” he said. Asano is grateful for the support he has received from Latta and he said he is hoping to finish the season strongly for her, with four rides at Hastings on Wednesday.

Asano will jump aboard Platinum Star in the Welcome Back To Hawke’s Bay Racing 2YO (800m) and Lincoln Town in the Book Now For Christmas At The Races Maiden (1200m) for Latta, both of whom he rode to last-start placings. “Platinum Star ran really well last time,” Asano said. “It was quite a tricky barrier and I let her roll on. She finished off quite strongly, so I am quite looking forward to riding her on Wednesday.

“Lincoln Town, that horse can be a bit lazy. He doesn’t really go forward by himself. Last start I was expecting to lead, but he didn’t go forward. Hopefully he will jump really well from the gates this time.”

Asano will also ride Love Potion in the Stella Artois Garden Bar Maiden (1400m) and Rex Royale in the Three Wise Birds (1650m) for the Palmerston North trainer. “Love Potion has got a tricky barrier (14),” Asano said. “I will try and get a bit handy with her. “It will be my first time riding Rex Royale, but I think he is a nice stayer. Hopefully he is going to have a nice start to his preparation.”

Asano is also on Shockalit in the Bostock NZ Spring Carnival Maiden (2100m) for trainer Jamie-Lee Lupton. “Jamie-Lee Lupton has been supporting me this season. She has been very nice to me, so I am pleased to be riding him on Wednesday. “He hasn’t placed at the races yet (from five starts), but he has got a good draw in barrier one. I will ride him positively.”