Chad Orsmby – the man of many hats 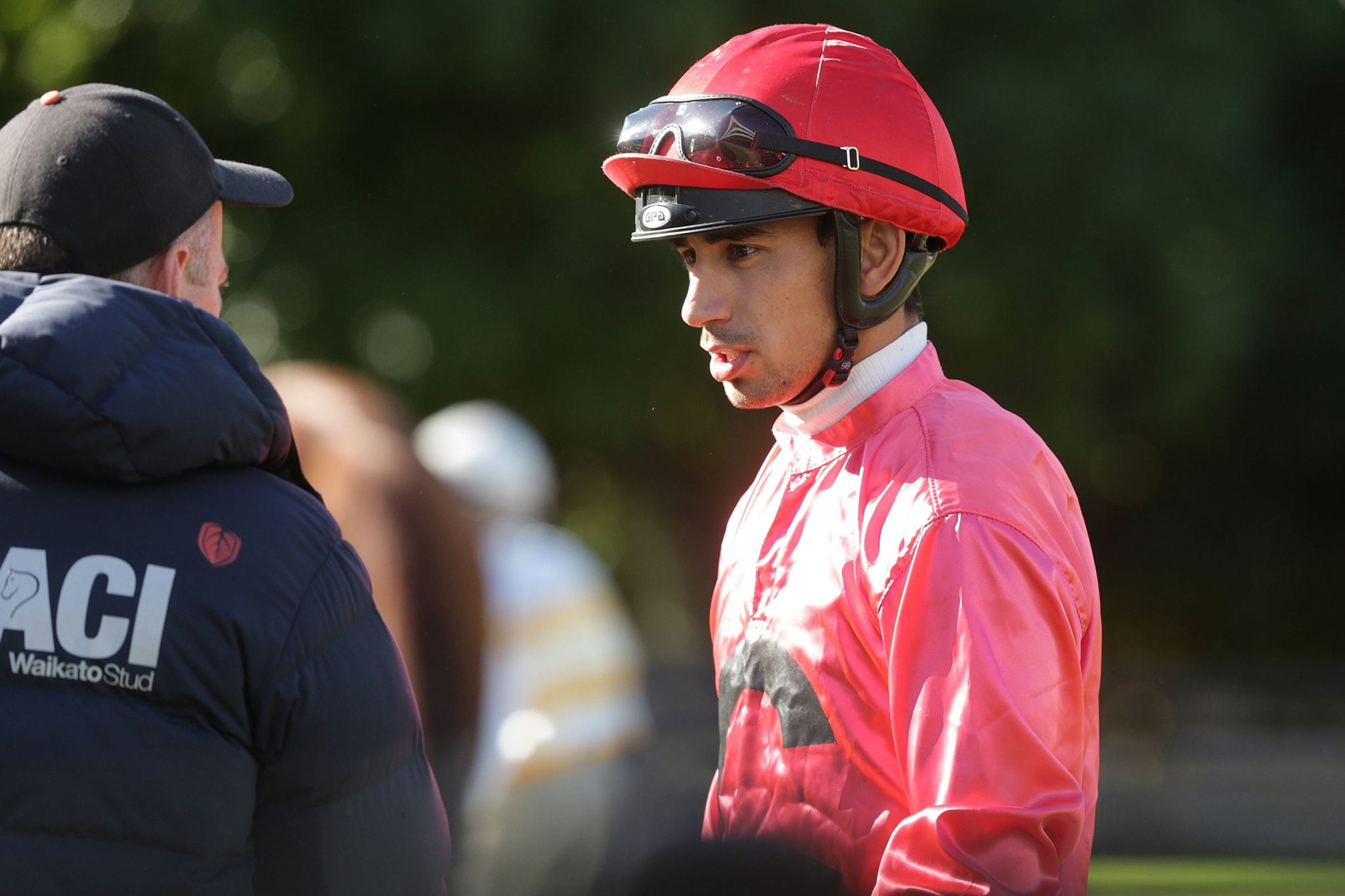 Waikato horseman Chad Orsmby has his fingers in a lot pies, but he wouldn’t have it any other way. Earlier this year he returned to the jockey ranks after a near decade-long hiatus, and juggles that alongside being a trainer and preparing a 10-strong draft under his Riverrock Farm banner for New Zealand Bloodstock’s Ready To Run Sale, which commences at 1pm on Wednesday.

Ormsby said he wouldn’t be able to pursue so many facets of the industry if it wasn’t for his staff and partner, Aleisha Moroney. “I couldn’t do it without the good team around me,” he said. “We have got good staff and Aleisha leads the team and puts everyone in the right direction so we are working to everyone’s strengths. “I like to stick my toes into a bit of everything and I enjoy challenging myself.”

Ormsby is enjoying being back in the saddle on raceday, although he admitted it took a bit of adjusting to. “It took a little while to get used to it over the winter period, but it was a good chance to get fit and get my eye in,” he said. “Now that we are on good tracks and riding better horses it is quite enjoyable, and I am looking forward to finding another horse that will go through the grades.”

Orsmby has enjoyed preparing previous drafts for New Zealand Bloodstock’s Ready To Run Sale, but earlier this year he and Moroney decided they would place more emphasis on marketing this year. The couple have produced high production videos showcasing their draft and Ormsby said they have received a lot of positive feedback.

“Aleisha and I sat down early on this year, even before the COVID-19 lockdown, and wanted to take it to the next step and find innovative ways of putting our product out there,” he said. “Social Media seems to be a great platform to do that on and what we are putting out has been worthwhile, especially for those overseas buyers who can’t be here. “It’s been really good hearing back from agents, owners, and the general public. Some of the videos are two to three minutes long and they have spent the time to watch it, so it is good that they are catching their attention and we are getting good feedback.”

Ormsby highlighted lot 68, the Savabeel half-brother to Group 1 performer Kelly Renee as the horse to watch in the sale. “The standout would probably be the Savabeel colt,” Ormsby said. “He is owned by Valachi Downs, who is a good client of ours. “I think it has come at the right time for him and Savabeel can leave them in any size, type, and colour. He is a good one to have in the draft. “Then you have got the Shooting To Win (lot 57), who is an in-form sire, and then our Charm Spirits have all been very popular as well.”

While showcasing his draft at Karaka on Tuesday, Orsmby was also keeping a close eye on racing at Arawa Park where he was set to line-up last start winner Earl Of Orkney in the Waitomo Fuels 1230. Unfortunately the five-year-old gelding dislodged jockey Michael McNab in the preliminary and was late scratched.

While Ormsby has been kept busy over the past few months with work, he has managed to make time to pursue his biggest passion – bull riding. “I had an event last Saturday and I finished runner-up,” he said. “We have got a few over the summer months to attend. That is my hobby and my time away from work. I really enjoy that.”