Two from two for Paradigm Shift 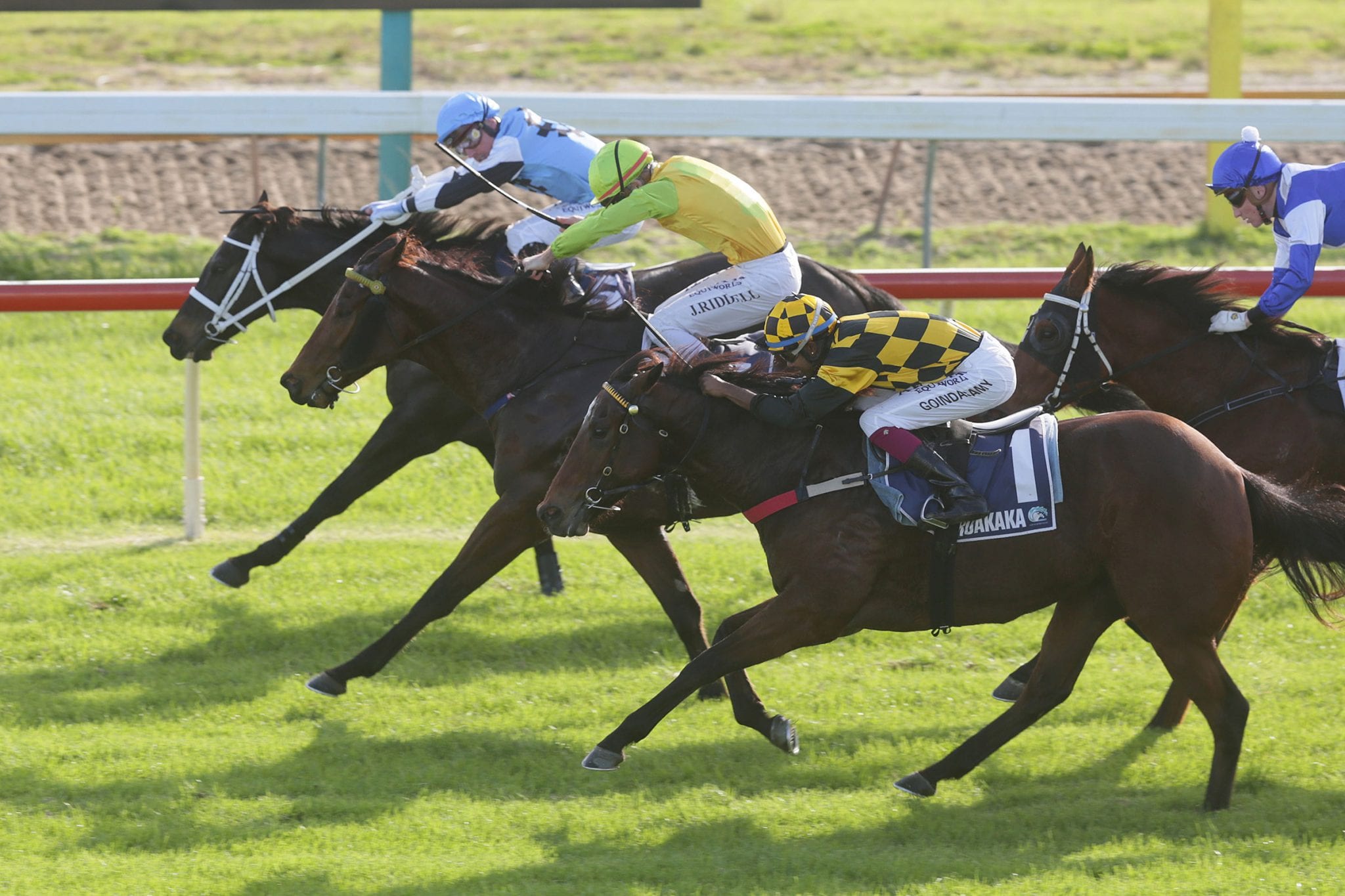 Lightly raced New Zealand six-year-old Paradigm Shift made it two wins from just two starts when he held out a storming late run from race favourite Funtonic at Ruakaka.

The Daniel Miller-trained son of Showcasing made a belated raceday debut at Matamata back in April and caught the eye when producing a gritty effort to win over 1200m.

A narrow victory in open company over 950m on the synthetic track at the Cambridge trials ten days ago fitted Paradigm Shift for his step up to rating 65 company, a task he handled with aplomb by producing another top shelf performance over the 1200m journey.

Sent straight to the lead by rider Michael McNab, Paradigm Shift was taken on for most of the way by Bolt From The Blue before shaking that runner off early in the run home.

McNab asked for a serious effort at the 200m which Paradigm Shift answered as he established a winning break, although the margin was steadily whittled down to just a nose as Funtonic made a late lunge for victory.

Miller was delighted with the performance although it does provide him with a headache on what to do next with the horse.

“That was a very good effort as I thought he may have been one run short,” Miller said.

“He had a good blow afterwards, so to be taken on like he was and still keep them out shows me there is plenty to work with moving forward.

“Michael also said it was a good effort after being softened up like he was and he was taken by the turn of foot he showed when he asked him to go in the straight.

“I’m not really sure what to do with him now as it’s not like he is a youngster coming through as he is a six-year-old.

“He doesn’t like the wet tracks too much, so we might look at one of the NZ$40,000 races coming up on the Cambridge synthetic track as he seems to like it there.”

Miller also explained how he came to have the horse who is just starting off his racing career at a late age.

“Originally he was with Sally Gillespie and Scott Lucock who were at Byerley Park,” Miller said.

“He went shin sore and they put him away, but then they moved to work for Te Akau Racing, so he just sort of sat out in a paddock.

“Sally didn’t want to leave him there and not try him, so she put a big group of friends and family together to race him and sent him to me to train.

Paradigm Shift is out of the Russian Hero mare Bow Lane and comes from an extended family that stretches back to champion filly Jandell who won 11 races including the Group 1 Queen Elizabeth Stakes (2000m).