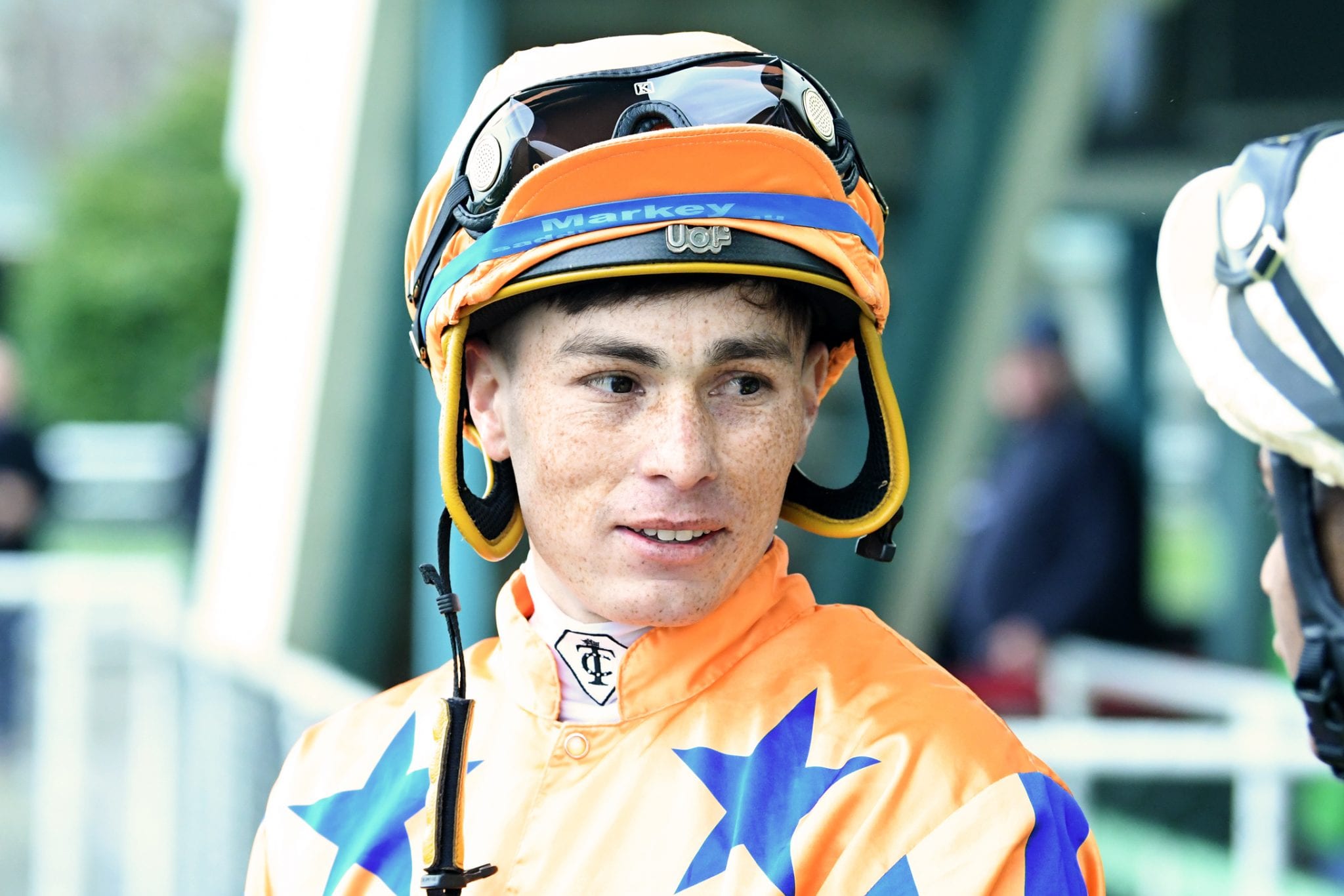 Former Argentinian apprentice Diego Montes de Oca has had to cope with some major life changes since coming to New Zealand, but it proved all worthwhile when winning on Lalone at Awapuni on Saturday. The win aboard the Daniel Miller-trained three-year-old filly was the first New Zealand victory from five raceday rides for the 28-year-old since teaming up with leading trainer Jamie Richards at Matamata 18 months ago.

Montes de Oca rode 89 winners during his apprenticeship in Argentina and, with his last winner in his home country being on September 10, 2018, naturally, he couldn’t wait to get home from Awapuni to celebrate the overdue win with his partner, Denise, and two-year-old daughter Emma. “It was very good to get that winning feeling back,” he said. “Jamie told me not to get carried away at the finish so I held it in, but I was so excited.”

Coming from a non-racing background, Montes de Oca went through the apprentice school at La Plata and served his apprenticeship under a former Chilean jockey, Luis Traivino, and one of the first things he learnt was riding trackwork bareback. “Each morning we always rode trackwork without a saddle,” he said. “I loved it. I felt part of the horse and it felt great letting the horse gallop freely. “That was when doing pacework, but when we did fast work we used saddles. I used to ride up to 20 horses a day without a saddle, but we had the (safety) vest and skullcap.”

With racing held each afternoon or evening in Argentina at set weekly tracks, Montes de Oca said he got opportunities when able to claim the full 4kg, but as he rode more winners and the claim lessened, he found it more difficult. “There were not many horses and plenty of jockeys so it was hard getting rides towards the end,” he said.

Though he said he learnt a lot in Argentina, particularly watching top riders Gonzalo Hahn and the Brazilian Altair Domingo in action, he wanted to further his riding and get the opportunity to earn a better living. After scanning the internet, he clicked on to Te Akau Racing and, impressed with what he read, he emailed Richards over the prospects of a job. “Jamie responded so fast so I made the decision to come to New Zealand,” Montes de Oca said.

It was a tough decision, heading into the unknown where he knew nobody and was leaving behind his family, including his partner and month-old baby. One of the biggest barriers facing Montes de Oca when he arrived was the English language, having only spoken Spanish. Richards enrolled him in English classes and, though he speaks in broken English, his mentor said he is improving all the time.

Most importantly he can understand Richard’s instructions and the advice given to him by National Riding Mentor, former champion jockey Noel Harris. “I have learnt to take my time with the horses and work them quieter,” he said. “At home we just let them go. Everything is so different here, but I like it.”

After getting established at Te Akau Racing Stables and benefitting from the experience, including a few months in the South Island with Richard’s father, Paul, Montes de Oca headed home to get his partner and daughter about six months ago. “Having them here has made me happier,” Montes de Oca said. “They are enjoying it and getting my first win here made us all so happy. Now I have to keep on trying to win more.”