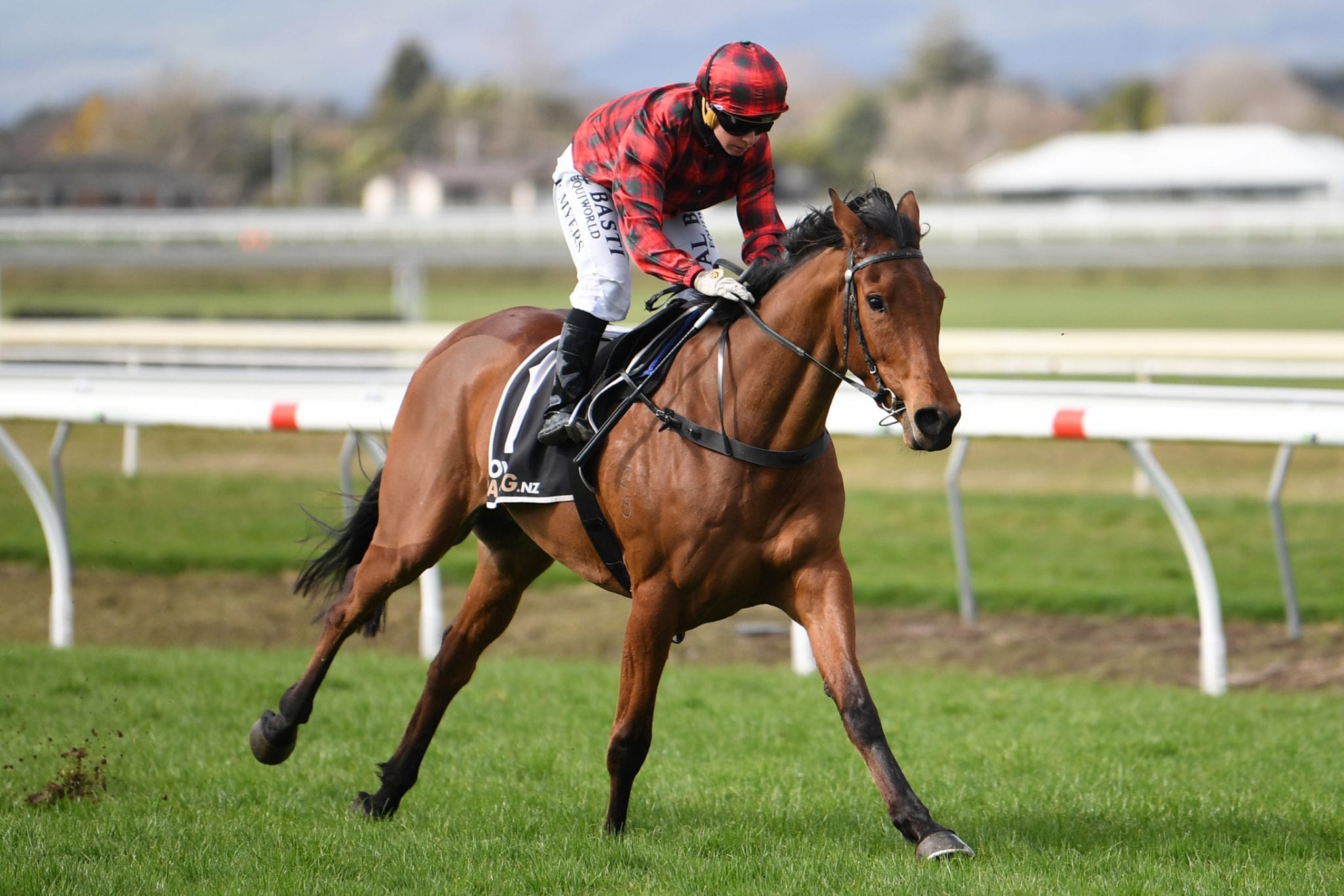 The aptly named Captaintwinkletoes showed his race rivals a clean pair of heels as he put a maiden win on the board at Awapuni on Saturday. The Jo Rathbone part owned and trained four-year-old had caught the eye when a close second to stablemate Wotablast at Wanganui on debut and was expected to take plenty of improvement from the run.

That was clearly evident as Captaintwinkletoes provided jockey Rosie Myers with an armchair ride throughout the 2100m contest despite sitting three wide on the speed. Myers asked him to take control with 800m to run and he strode to the front before clearing out in the home straight to win untouched by just over three lengths.

A half-brother to jumping sensation Tallyho Twinkletoe, the Sufficient gelding has taken time to grow into his frame with Rathbone keen to see his progression during this campaign. “That was great to see and he won quite well,” Rathbone said. “He is still a big baby and has plenty to learn but he will take a lot out of the run. “As he gets older the stronger he will be as it is a family that does get better with age.

“Right from the start he has shown the family ability and really wants to get over ground. I think he will stay all day and the good thing is that he does have a turn of foot. “He will go on any type of ground which is also a bonus so it is exciting to think that there is more to come with him.”

While Rathbone is excited about the future prospects of her charge, she does admit to a pang of disappointment that Tallyho Twinkletoe will not be on hand to defend his Australian Grand National Steeplechase (4500m) title at Ballarat on Sunday. The St Reims ten-year-old will be on a plane back to New Zealand next week after suffering a setback following his fifth-place finish in the Grand National Hurdle (4200m) at Sandown earlier in the month.

“I don’t know too much about what the prognosis was after his run in the hurdle at Sandown but he got a knock when he hit the last fence that day,” Rathbone said. “From what I’ve been told his tendons are fine but he knocked an elbow and it was enough to put him behind the eight ball to start this weekend. “There was nothing for him after that so it was the best thing to get him back home and give him some time in the paddock before we think about next year. “He may be ten but he has only had 25 starts so I think there is more to come from him.”