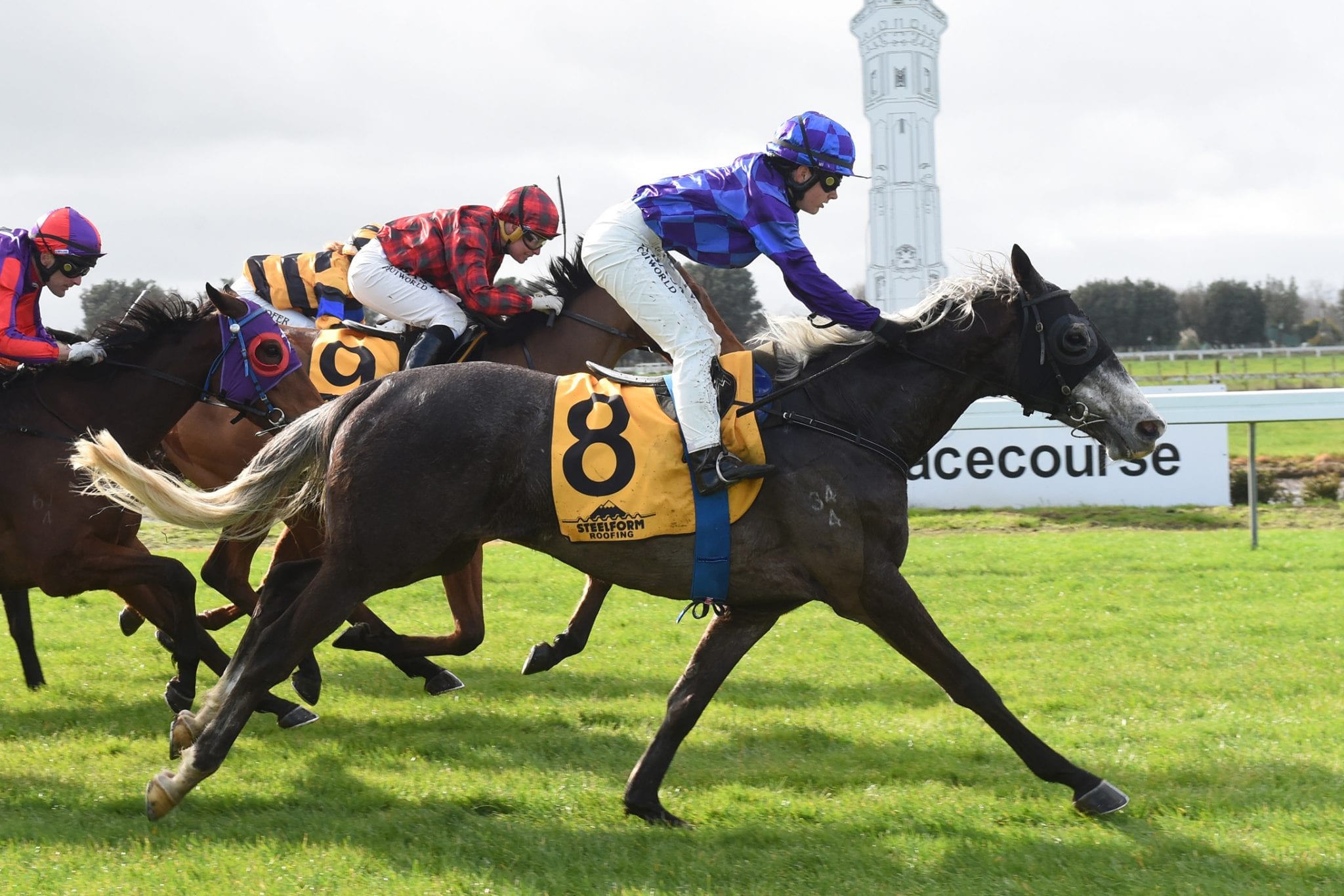 Wanganui trainer Jo Rathbone has been riding the crest of a wave with quality jumper Tallyho Twinkletoe and she may have unearthed another top prospect in his half-brother, Captaintwinkletoes. The four-year-old son of Sufficient pleased Rathbone when finishing runner-up on debut over 2100m at Hawera on Saturday where he was only just beaten by stablemate Wotablast.

“I was rapt with them both,” Rathbone said. “Wotablast had a bit of a gear change just to try and get him to try and switch on a bit more and that obviously helped. “I thought Captaintwinkletoes would go a nice race. It’s a big ask going 2100m first-up, but he has done a lot. He is definitely a stayer, he just needs to go over ground. “I didn’t see the point of starting him until he was ready to go over a bit of ground.”

Still in the infancy of his racing career, Rathbone has been impressed by what Captaintwinkletoes has shown to date and she said he is very similar to his famous half- brother. “They are very similar horses,” she said. “You can only hope he might be even half as good as his brother, but everything so far suggests that he will keep on going.”

Already showing plenty of ability, Rathbone said Captaintwinkletoes has still got plenty to learn. “I thought it was a pretty brave effort on Saturday and he is still fairly green and I think he has got a lot to learn,” she said. “Rosie (Myers, jockey) said that he didn’t change legs until the other horses got to him and then he started to go again but it was a little bit too late. He just wants to be a bit more savvy about racing, but he will get there.”

While Rathbone does school Captaintwinkletoes over fences in work, she said she will just take it one step at a time with the gelding and won’t rush him to begin his jumping career. “We will see what happens,” she said. “He has been schooling, but I haven’t been flat-out getting him to race over fences this season. “I do that (schooling) with a lot of the horses. It’s just a nice change for them and I think it helps with their fitness.”

Last week Rathbone and her fellow owners in Tallyho Twinkletoe were cheering the gelding on to try and make it back-to-back wins in the Grand National Hurdle (4200m). While he finished fifth his owners were still proud of his efforts and they are now looking forward to him attempting to defend his crown in the Grand National Steeplechase (4500m) at Ballarat later this month.

“It was another good run from him,” Rathbone said. “He is just an amazingly honest horse. “It really was that last fence, and getting it wrong, that stopped him. You can’t blame him for that. He hit it quite hard and pulled up a bit sore, but he is as good as gold now. “He is just a genuine horse and at this stage he is still on track to contest the Grand National Steeplechase.”